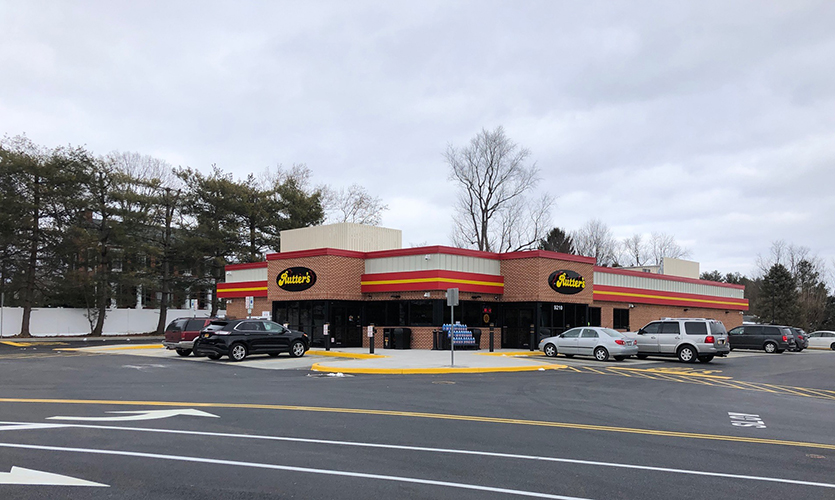 On the heels of the 50th anniversary celebration of its convenience store business and the completion of a major headquarters expansion in 2018, Rutter’s hit the ground running in 2019. The company expanded into its third state — Maryland — growing to 75 c-store locations, with plans to increase its footprint to 100 c-stores by 2021.

Its c-store chain recently turned 50, but Rutter’s has a long history as a family business, dating back more than 270 years — first as farmers and then a dairy business before it moved into the c-store industry.

Rutter’s operated exclusively in Pennsylvania until its 70th c-store debuted in West Virginia last year, followed by the opening of its Walkersville, Md., location in January 2019.

Chris Hartman, Rutter’s director of fuels and forecourt, said the expansion came at the right time. West Virginia and Maryland were a natural fit for the company. The two states border Pennsylvania, so potential customers had likely been exposed to the Rutter’s brand.

“While we didn’t have a presence in Maryland until we built that store, we weren’t a completely unknown commodity,” said Hartman.“We also have our dairy, which sends milk and cheese and things of that nature down into Maryland, into grocery stores and other markets.”

Walkersville is a northern suburb of Frederick, the second-largest city in Maryland. Rutter’s CEO Scott Hartman said it was the first of seven locations planned for the state.

Family Business
Chris Hartman, Scott Hartman’s son, marks the 11th generation to join the family business. As the director of fuels and forecourt, he oversees the procurement and retail of all fuel products for Rutter’s c-stores and manages the forecourt experience.

Rutter’s is the oldest vertically integrated food company in the U.S. In 1683, the Rutter family — farmers from Germany — settled in Pennsylvania. In 1747, the family acquired 167 acres of farmland in York, Pa., which remains the site of the Rutter’s headquarters today. The Rutter’s Dairy business began in 1921, and the first Rutter’s Farm Store opened in 1968.

In 2018, at the start of the 50th anniversary year, the company shortened its name from Rutter’s Farm Store to Rutter’s. But it’s still the same store customers have known and loved all these years.

Expansion Mindset
With each year and each new generation comes new innovation and growth for Rutter’s. The company completed the expansion of its headquarters in March 2018, which doubled the size of its headquarters to 23,000 square feet. The building addition created room for 50 more Rutter’s team members. Now the company employs about 2,500 people.

Chris Hartman said the headquarters expansion supported the company’s overall plans for growth. “We are looking to open up many more stores over the next few years as we continue to grow our business.”

“But we’re trying to do it strategically and expand at the right time and in the right places. We have to be careful in our distributions lines in making sure that we’re not stretching ourselves too thin,” he added.

Although the company primarily grows organically, its most recent store opening in Milroy, Pa., was an acquisition. 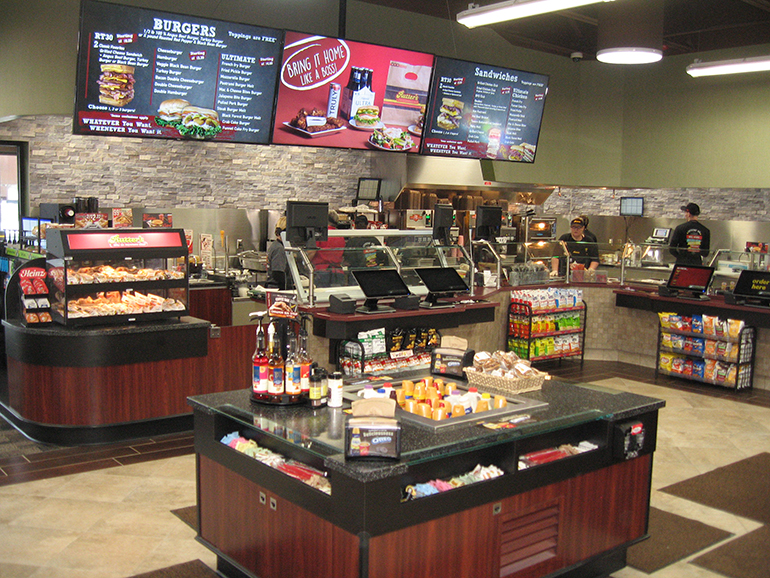 The newest store, it’s 75th, is a former Tom’s Travel Center And Truck Stop location. Over the next few months, the store will remain open as it undergoes a multi-million-dollar renovation to transform it into a fully operational Rutter’s.

The renovations, which are expected to be complete in July, are unusual for Rutter’s. Chris Hartman said the stores’ large format makes it difficult to acquire a space that can accommodate everything the Rutter’s brand is known for, including its foodservice and innovative technology.

“We’ve begun adding TV screens in different areas throughout the stores to help promote those areas, such as our beer coolers, our foodservice areas,” he said.

“There were customers that were asking for it,” said Chris Hartman. “As long as it makes sense for us, we’re willing to do it and wanting to do it so that we can really live up to our slogan, which is, ‘Why go anywhere else?’”

And thanks to a newly relaxed law in Pennsylvania, many Rutter’s stores now offer beer and wine, too. In addition to local and national wine, the newest location features Rutters’ 29-degree beer cave, with a wide selection of domestic and imported beer and cider. The West Virginia store does, too.

But alcohol licenses in Maryland are “not readily available for c-stores,” Chris Hartman said. For now, this leaves the state out of what Hartman calls one of Rutters’ big initiatives: adult slushies.

“We’ve begun rolling adult slushies out to all of our beer and wine stores in Pennsylvania,” he said. “We’re really excited about those and the potential they have.”

Future Focus
With the expansion into Maryland, 2019 is already a monumental year for the company. Rutter’s has big plans, but it never loses sight of the family values that have led to decades of c-store success.