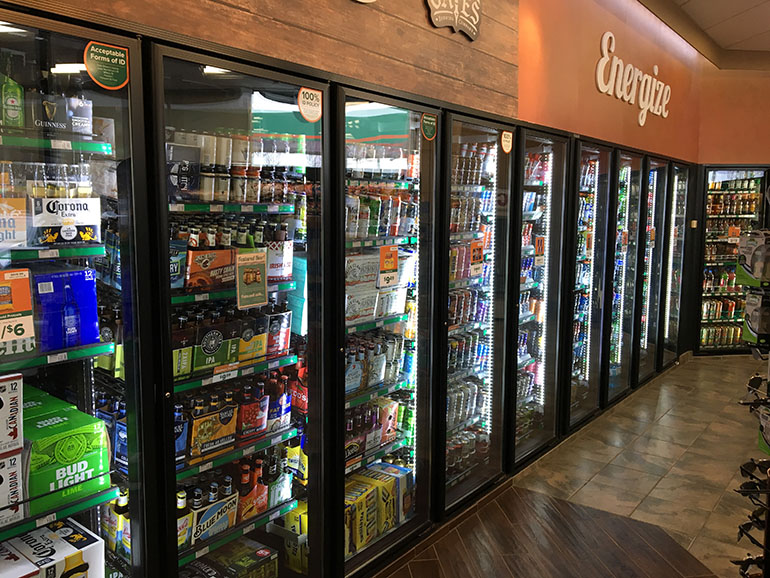 Energy savings has been the big hook for most retailers who have converted to LED lighting.

C-store owners should be aware that initial cost-savings estimates can be deceiving — they may decide to add new lighting to poorly lit areas. Doing that increases the project cost, but it still may be a wise move.

Jim Bosworth is now retail and convenience director with PetroActive Real Estate, but he was president of Kerry Oil’s Breeze Thru Markets 17-store chain when it deployed LEDs at some locations in North Carolina. He said that the added expense on the front end worked to Breeze Thru’s advantage given the added cost
savings on the electric bill. “Because we took a fixture that may have given off ‘x’ amount of illumination, we went with a ‘y’ to brighten things up,” Bosworth explained. “We still saved money. We were able to do that with more light.”

The most undervalued aspect of LED lighting might be that it is inherently safer because it creates better-lit indoor and outdoor spaces. 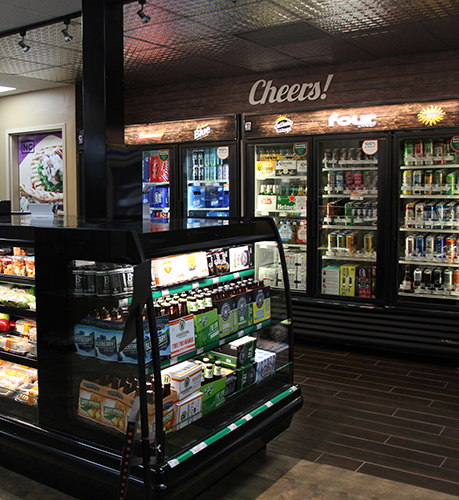 But it also dramatically decreases maintenance and with it the need for employees to perform potentially dangerous maintenance maneuvers that could put them at risk for slip and falls.

That increased safety and low maintenance were what sold Bosworth. And he saw a strong advantage in not having to dispatch a crew with special equipment to change the more challenging bulbs.

“That way I didn’t have to worry about my team members climbing ladders,” Bosworth said. “It was a real advantage to having your store lit, but never having downtime from your electrical light.”

Rebates And Incentives
Rebate and assistance programs abound for lighting upgrades. Most are offered by electric utilities. Governments are partnering on these as well. The rationale is that more energy efficiency equates to lower energy bills for businesses who can then invest that savings in the economy.
The rebate amounts are typically tied to the type of fixture, usually a specific amount per lamp replaced or installed. Generally, the higher wattage, the bigger the rebate. Most rebates range between $5 and $200.

Finding rebate programs can be as easy as searching the internet or checking an energy provider’s website. Utilities like Duke Energy offer rebates across their entire geographical footprint.

State and local governments offer incentives, too. According to the National Conference of State Legislatures, 36 states have some type of efficient lighting program offering grants, rebates, loans or tax breaks. Check with cities and towns, who might also offer economic development money.

This may be the best time for c-stores to upgrade, too. With the market for LEDs firmly in place, at some point, won’t the programs disappear?

Not yet, according to Chad Barrett, director of operational support for the 300-plus, 11-state Maverik c-store chain based in Salt Lake City. Barrett said Rocky Mountain Power’s rebates haven’t dropped off. If there is a downside, he said, it’s that the requirements keep shifting. That can hamper the planning process, whether for a chain as large as Maverik or for a single store.

NOCO Express, which is set to be acquired by Marathon Petroleum Corp., began updating its exterior lighting with LEDs back in 2012 and has been gradually swapping out interior fluorescent lights throughout its 39 stores in western New York. The chain decided to switch to LEDs because of the 50% reduction in energy use — and that estimate stands.

“The savings that we have projected in the past still holds true with those stores where we have installed LED lighting,” said Jim DeFilippis, vice president and general manager of NOCO Express.

Auto Savings
But savings in lighting costs is just the tip of the retail iceberg for c-stores. When coupling LED installation with embedded radio frequency identification (RFID) transmitters or with beacon technology that transmits information through Bluetooth Low Energy, the savings and revenue possibilities increase exponentially.

You may have heard of the Internet of Things (IoT). Society’s uber-connectivity has created a critical mass of personal and industrial technology that allows things like cellphones, appliances, thermostats, coolers, headphones — even store shelf lighting units — to talk to other things. The IoT is basically a multitude of devices sending each other small bits of information.

For c-store operators, that means even more energy savings based on self-adjusting systems.

“They’re set up on a timer — a timer of when sunrise is supposed to hit [or] when the sun goes down,” Barrett said. “It also has photo sensors so it can recognize if it’s cloudy outside, if it’s getting too dark, so it will kind of update and adjust the lighting accordingly.”

What if Barrett wants to override the system? There’s an app for that. He does it with his cellphone.

Beacon technology embedded in LED shelf lighting alerts convenience store employees that a product needs stocking or that a cooler’s temperature is rising. It’s a small thing that can lead to big efficiencies.

LED lighting seems to make more sense all the time. The one factor that dwarfs all others, is the return on investment (ROI). Both Bosworth and Barrett said the ROI on their retrofits was about three years. Barrett added, though, that the ROI for Maverik’s latest project in Boise, Idaho, was just one year.

As LED lighting and its partner technologies evolve, so will the market for them. C-stores will need to do their homework before plugging in.