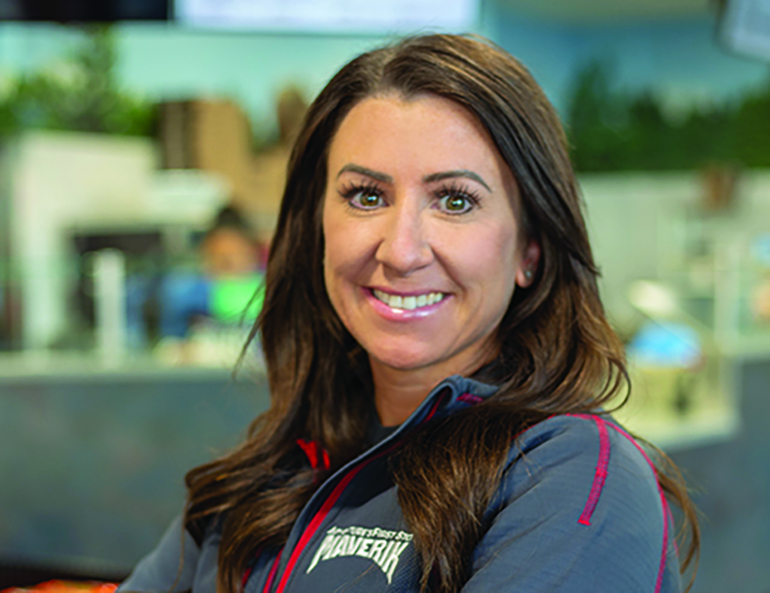 Convenience Store Decisions is recognizing Ray as part of our annual Human Resources (HR) awards for her effort in building an employee-oriented culture as well as her commitment to reducing turnover, improving employee-manager relationships and her initiatives in proactive procedures at the Salt Lake City-based chain.

Getting Started
When Ashley Ray was working on her degree in communications with an emphasis in public relations at Weber State University in Utah, a career in HR was not even on her radar. It was a job as an office manager for a small local company while she was in school that led to her taking on some human relations functions and discovering she enjoyed the challenges that came with the position as the company grew.

After college, Ray took a job in marketing, and while she liked the creative aspects of the job, she missed the interaction with people that human relations provided. When she saw an entry level opening for a benefits coordinator with Maverik convenience stores, she immediately applied.

Within a year, she moved up into the HR manager position, and five years ago she took on the role of HR director. Now, she’s spearheading labor management projects that will position the chain for the future.

“It’s important for us to take care of our employees,” said Ray. “They keep us moving and growing; they keep us in business.”

With 360 stores in 10 states, remaining up to date and compliant with all state and federal laws and guidelines is another big part of the job at Maverik.

Over the past 18 months, Ray has prioritized creating proactive processes and procedures, rather than reactive ones that consist of simply putting out fires, particularly when it comes to increasing employee retention and reducing turnover. In 2017, the turnover rate at Maverik was 134%, not an astoundingly high number in the c-store industry, but also not ideal. In 2018, turnover decreased to 130%. The big change came at the end of 2018 and into this year, when the turnover rate plummeted to 101% as the result of pay, training and store management initiatives.

Valuing Employees
Last year, Maverik implemented a new pay structure that upped its minimum pay to $10.25 per hour for all hourly store employees, which meant employees received an increase of between $2-$4 per hour, depending on their previous rate. The company invested $3 million in this pay boost.

A new Team Climb Bonus based on set goals provides incentives to keep fuel and inside sales growing. Employees also get a pay raise for performance on their anniversaries, if they hit their goals.

This year, Ray is also focusing on strengthening the relationships between managers and their store staff by providing extra training on how to lead more effectively and giving them the tools they need to carry out their roles.

“We have found through exit interviews that people don’t usually leave companies, they leave managers,” she said.

The employee-manager relationship at Maverik now begins with new-hire training. Ray said the company wants to “change the culture around training” by not putting new-hires in front of computers to literally train themselves. Training for the “adventure guides” — as Maverik’s calls its store employees — is now more hands-on and includes more interaction with their supervisors. Even with 5,600 employees spanning the company’s wide-ranging market, it is important each one has the same close connection and experience with the company as stores down the street from the company’s headquarters, she said.

“Our goals revolve around creating an employee value proposition, and that they understand how much they mean to this company,” said Ray. “Concentrating on making all of our employees feel valued has been a real game-changer for us.”