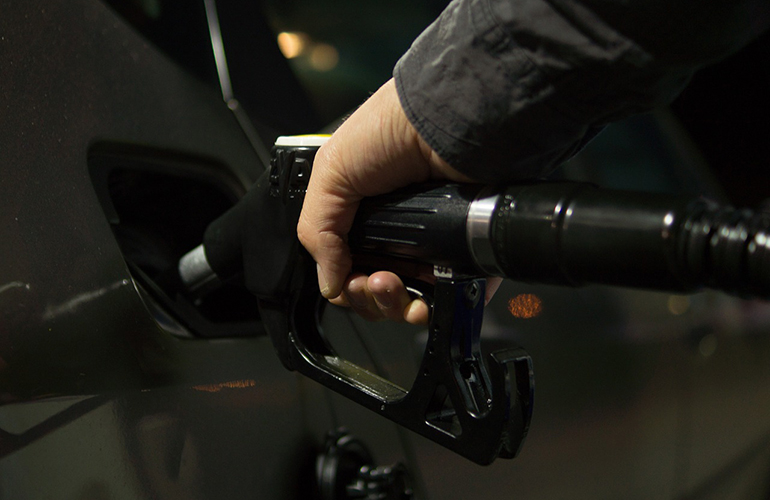 According to AAA, most motorists across the country, apart from the Rockies states, Alaska and Indiana, are saving as much as 23 cents per gallon to fill up compared to last month.

“Gas prices have been trending lower now for the past month, and there are no signs of pump prices changing gears toward more expensive for the summer season,” said Jeanette Casselano, AAA spokesperson. “One major indicator supporting this forecast is the price of crude oil which last week dropped by $6 to $53/bbl, which is one of the lowest prices of the year.” 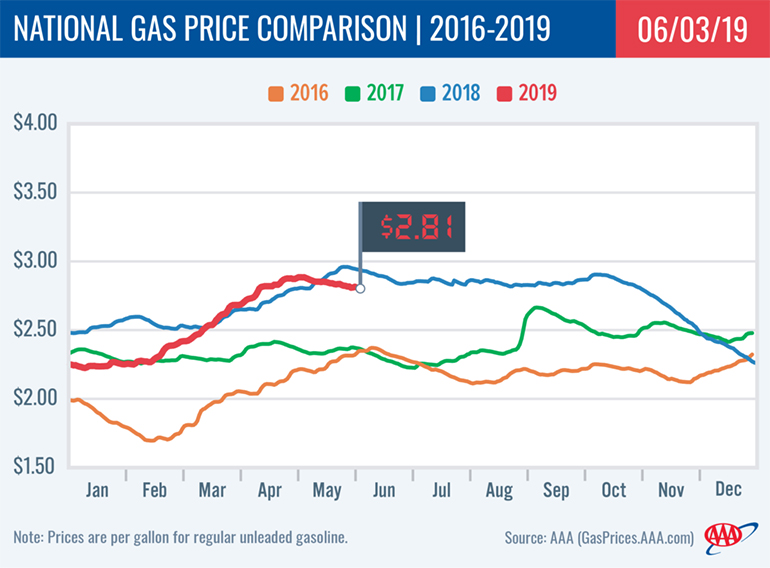 There is some volatility at the pump across the Great Lakes and Central states with eight states seeing gas prices increase since last Monday, a trend recently only seen among West Coast and a few Rockies states. On the week, Ohio (+11 cents) saw the largest increase in the country and region, followed by: Illinois (+3 cents), Nebraska (+2 cents), Iowa (+2 cents), Kansas (+1 cent), Missouri (+1 cent), Indiana (+1 cent) and North Dakota (+1 cent). These states are seeing pump prices push hire in part due to regional refinery maintenance. For the five other regional states, their averages all held steady on the week, but that could quickly change to increases in the week ahead if refinery maintenance drags on.

In the region, Illinois ($3) carries the largest average followed by Michigan ($2.88).

Gasoline stocks added a half a million bbl on the week to push totals up to 47.8 million bbl while regional refinery utilization increased 2% to 84%, per the Energy Information Administration (EIA).

A continued positive upward trend in utilization would ultimately mean moderate to strong builds in gasoline that would translate to fewer increases at the pump. Currently, stocks are tight sitting at their lowest level of the year, which is not a favorable position during peak driving season.

Pump prices continue to decrease among all Mid-Atlantic and Northeast states, and for a second week, all state averages are under $3 per gallon. Pennsylvania ($2.95), Connecticut ($2.94), New York ($2.92) and Washington, D.C. ($2.89) carry the most expensive gas prices in the region. On the week, Delaware (-6 cents), Maryland (-5 cents), Tennessee (-4 cents) and Pennsylvania (-3 cents) saw the largest declines in the region and are among the top-10 largest changes in the U.S.

On the month and on the year, gas prices are cheaper for every state in the region.

The latest EIA data shows a half a million bbl draw for the week ending May 24, but stocks continue to measure above the 63 million bbl mark. The small draw helped to push gas prices lower in the region.

However, stocks are at a 1.5 million bbl deficit year-over-year and the lowest level for the end of May since 2015. On the other hand, regional refinery utilization increased 4% to 92%, which could translate into gasoline stock builds in the coming weeks. Motorists in the Rockies region are starting to see gas prices remain mostly stable. On the week, pump price changes were moderate with Wyoming (+2 cents) and Montana (+1 cent) seeing increases, while Utah and Idaho saw declines at two cents each. Colorado held steady at $2.86.

Compared to a month ago, gas prices are as much as a dime more expensive in the region. Although, compared to this time last year, gas prices are mostly cheaper: Montana (-6 cents), Wyoming (-6 cent) and Colorado (-4 cents). At $2.18, Idaho’s average is the same year-over-year while Utah’s (+2 cents) year-over-year difference is just a few cents more.

Gasoline stocks built by about 300,000 bbl to bump total stocks up to 6.7 million bbl on the week. This was supported by regional refinery utilization hitting 96%, which is the highest utilization rate for the end of May since 2014 and the highest in the country according to EIA data for the week ending May 24. For motorists, this strong utilization rate could mean gas price stability for at least the coming weeks.

On the week, Texas (-5 cents), Georgia (-4 cents) and Louisiana (-4 cents) saw the largest pump price drops in the region. Following behind are Florida, Mississippi and South Carolina with gas price declines of three cents since last Monday. All other states saw smaller declines or averages held steady.

The region continues to see declines at the pump thanks to a steady build of gasoline stocks, which increased by 1.2 million bbl according to the latest EIA data. With refinery utilization at 95% and stocks totaling 84.7 million bbl — a nearly 6 million bbl year-over-year surplus — motorists in the South and Southeast can expect gas prices to push lower in the coming weeks.

The EIA’s recent report for the week ending on May 24 showed that West Coast gasoline stocks increased by approximately 700,000 bbl from the previous week and now sit at 28.4 million bbl. The current level is nearly 3 million bbl less than last year’s level at this time, which could cause prices to see moderate increases if there are any supply challenges in the region this week.

Crude prices suffered largest loss in six months due to trade tensions between the U.S. and Mexico, a key U.S. trade partner and a major supplier of crude oil.

Threats from the Trump Administration to increase tariffs on all products exported from Mexico to the U.S, including crude compound concerns about global economic growth, already at risk due to the U.S.-China trade war. That dispute has prompted market observers to worry about a recession, which could suppress global crude demand later this year. Growing global trade war fears will likely push crude prices down.

Additionally, Baker Hughes Inc. reported that the U.S. gained three oil rigs last week. There are currently 800 active rigs, which is 61 fewer rigs now than last year at this time.