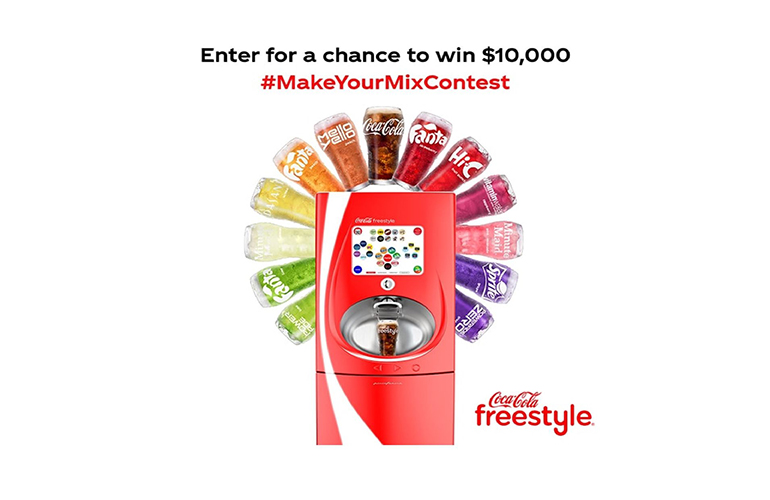 Coke is launching its first-ever “Make Your Mix” contest, giving consumers a chance to win a $10,000 grand prize by mixing Coca-Cola Freestyle drinks to create the perfect flavor combination.

Once they’ve crafted the perfect mix, consumers can submit the recipe on Twitter or Instagram with the hashtag #MakeYourMixContest. Entries must contain a photo and a description of the components of the recipe.

“We just really wanted to reward consumers for doing something that they’re already doing, being creative, experimenting and mixing the brands they love,” Sarah Greenberg Sachs, director of Coca-Cola Freestyle marketing, told CNBC.

Those entering must be at least 13 years old as of June 30, and the contest is only open to those in the 50 U.S. states and the District of Columbia. But each person can submit up to 10 tweets or Instagram posts.

After June 30, a “panel of beverage experts” from Coca-Cola will judge all the entries and pick the top five winners, according to the company.

The five finalists will receive a $100 check and have their flavor combinations installed in Freestyle machines across the country starting August 26. Customers will be able to try all of the finalist’ creations until November to help determine the winning recipe.

The grand-prize winner will be announced November 11 and will be based on which of the five finalists’ mix receives the highest number of pours by volume from August 26 to November 10.