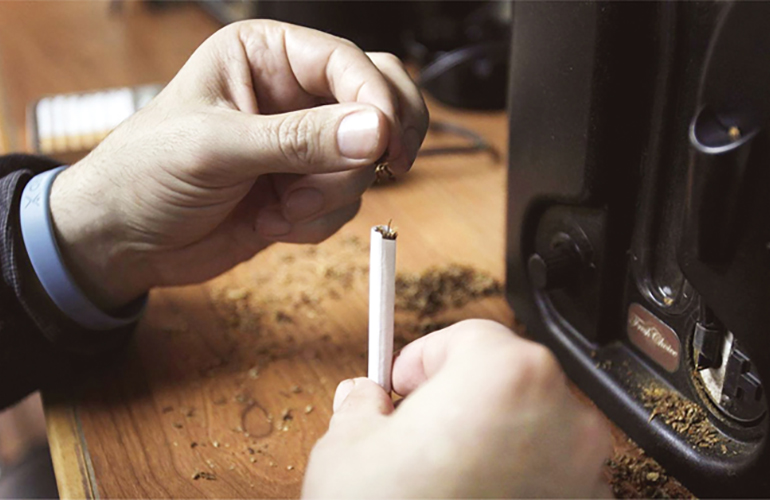 As traditional cigarettes and vape soak up the limelight with frequent news of regulations and restrictions, roll-your-own (RYO) tobacco has kept a low profile, but is nonetheless subject to ever-expanding rules both by the U.S. Food and Drug Administration (FDA) and local legislators.

Nationally, RYO finds itself subject to the same federal proposals that look to increase the age to purchase tobacco to 21. But as the FDA seems intently focused on flavor restrictions at present, and as RYO is unflavored, it’s not on the regulatory hot seat for now.

That hasn’t stopped local ordinances and taxes from threatening sales, however.

For example, at the state level, at the end of April, Colorado legislators put forth House Bill 19-1333, which includes a ballot measure that would, among other things, increase the other tobacco product (OTP) tax to 62% of the manufacturer’s list price, but the bill failed in the state Senate in May.

Across the country in Vermont, Senate Bill 86, which increases the legal age for buying and using cigarettes, e-cigarettes and OTP to 21, was signed into law by Gov. Phil Scott on May 17 — making Vermont the 14th state to raise the legal age for purchasing tobacco.

“In Vermont and Connecticut, there is a 92% tax on OTP,” said Dave Simendinger, president of Champlain Farms, Wesco Inc.’s locally-owned and operated 39-unit chain of c-stores with offices based in South Burlington, Vt. “We can’t sell much for RYO, as the 92% tax decimates the price compared to neighboring states.”

“But in general, I think RYO is a great category outside of Vermont,” Simendinger said.

Now that cannabis is legal in Vermont, Simendinger said he expects the entire tobacco category will “take a big beating” as all the new farmers start to cultivate marijuana plants this summer.

Due to such regulatory and market forces, the RYO segment has seen growth erode. For the 52 weeks ending March 24, 2019, the c-store channel saw total RYO tobacco sales of just over $44 million, a decrease of 9.9%, according to IRI. And as the National Association of Convenience Stores (NACS) made clear in its latest ‘State of the Industry Report,’ the tobacco category — both cigarettes and OTP — has seen its contribution to overall store sales drop over the past decade, by 2.05 percentage points, from 39.80% in 2009 to 37.75% in 2018.

Depends On The Market
Ray Johnson, operations manager for Speedee Mart Inc., based in Henderson, Nev., said that his chain no longer carries RYO tobacco. “I used to, and it depends on the market. When you are further out in the country, people still are willing to do that. When you get in the city, no, they’re not.”

The equation includes price and convenience, Johnson said. “You’ve got to look at the two. If you are out in the country, people have a little more time and knowhow,” he said. “They would rather drive across town to find cheaper products even if it is less convenient. In the city, they just don’t have the time.”

In large measure, Johnson said, the category’s fortunes remain in the hands of the regulators. “The government decides, based on how they tax things. And at this point, it’s not worth the effort on the average person’s part.”

But change is always possible. Should a significant price difference between RYO and cigarettes appear again, Johnson said, RYO would take center stage.

“If (regulators) said, ‘we are going to ease up on the RYO,’ it would be just like when (former President) Obama had the price increase, and pipe tobacco was exempt,” Johnson said. “Suddenly every loose tobacco product became pipe tobacco, even though none of it was. They just put a new bag on it, and that category skyrocketed for a couple of years until the government figured out what everybody was doing.”

In those days, automated machines popped up, and customers could crank out a whole carton of cigarettes in minutes and avoid the taxes associated with traditional cigarettes, Johnson recalled. But those days are long over. After about two years, bureaucrats put a stop to it.

Today, Johnson said that in his experience, RYO is a must for stores located in more rural areas.

Good Value Proposition
Other c-store operators have also noted RYO plays best in rural stores, while in other locations it often does not warrant the required shelf space.

Mike Askwith, chief operating officer for Power Buying Dealers (PBD) USA Inc., of greater Chicago, disagrees entirely with that theory based on what he’s seen in his markets. PBD includes 25 owned and franchised locations in Illinois, Georgia and Florida.

Askwith said he doesn’t believe c-store retailers should discount RYO, especially when it comes to fair trade state markets, in which retailers have an opportunity to reset the taxation differentiation. Fair trade pricing laws in the U.S. are designed to provide a minimum price with the goal of helping smaller retailers, and later of reducing smoking.

“RYO gives you a good value proposition,” Askwith said. He added that it helps c-stores compete in various areas, such as with stores located on Native American reservations, which don’t have the same tax requirements for traditional cigarettes. “That is especially true when you have markets like New York, Pennsylvania, Massachusetts, and other places where cigarette prices are so high that RYO has a much better price point,” Askwith said.

As Askwith pointed out, “Cigarettes are a very cheap thing to make; what kills you is taxes. In New York City especially, where you’re looking at $43.50 for a carton of cigarettes, roll your own makes your price a lot cheaper.”

There are great opportunities for RYO in places with high cigarette taxes, like California and Illinois, Askwith said.

At the end of the day, geography can make the difference, he added. Growing RYO sales is a matter of having a strong product mix, sharp merchandising, value pricing and related accessories such as papers, tubes and injectors.