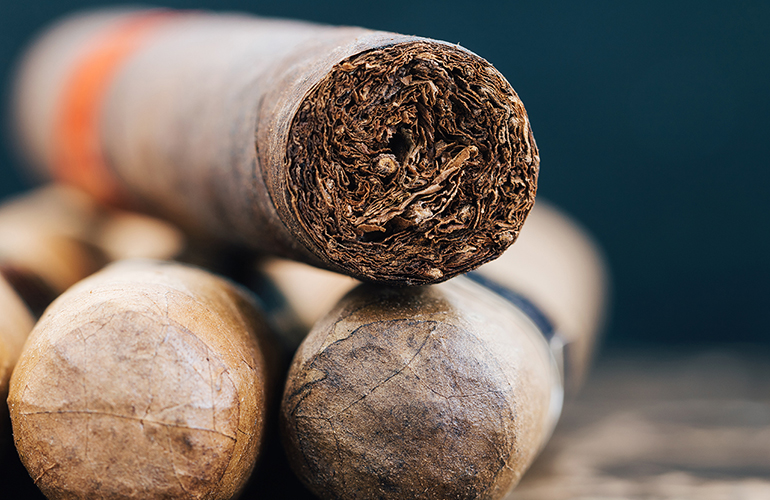 Cigars — both mass market and, increasingly, premium varieties — remain popular in convenience stores, but dark clouds continue to gather over the segment in the shape of potential restrictions.

“As the tax burden imposed on cigarettes continues to increase, some consumers are starting to consider switching to cigars,” noted Nathaly Gonzalez, communications associate for Euromonitor International.

Cigars continue to record steady volume growth, Gonzalez added. Value growth has accelerated and is expected to remain strong throughout the next five years. “As economic prospects improve in the U.S., the appeal of fine-cut tobacco, a relatively affordable option among tobacco products, has weakened, with many consumers reverting back to regular cigarettes.”

Regulatory Woes
Potential turbulence, however, sits just ahead. Last year, the U.S. Food and Drug Administration (FDA) started soliciting opinions and feedback on its plans to regulate cigars in the U.S. by issuing an Advanced Notice of Proposed Rulemaking for premium cigars.

The agency will solicit information and opinions from customers and industry professionals alike as part of its stated intention to reconsider regulating premium cigars, Gonzalez said.

“The possibility of reversing its decision on regulating premium cigars comes about in the context of new leadership at the FDA, which claims to be pro-business and anti-regulation,”
he added.

Changes to the legal purchasing age for cigars are also on the horizon.

In late April, U.S. Senate Majority Leader Mitch McConnell, R-Ky., announced plans to introduce legislation in the U.S. Senate to raise the nationwide minimum age to buy tobacco products from 18 to 21. The bill covers all tobacco products, including vaping devices.

When proposing the bill, McConnell pointed out that 12 states had already enacted laws to raise the purchasing age of tobacco products to 21. “These bills will serve as helpful guidance as I craft my federal legislation,” he said.

At press time, Vermont was the latest state to decide to up the purchase age for tobacco to 21, with more states expected to follow close behind. Numerous cities and other localities have enacted similar legislation.

“Right now we are working our hardest,” said Craig Williamson, president of the Cigar Association of America Inc. (CAA) in Washington, D.C. “We have a lawsuit that we have filed in U.S. federal court (against the FDA’s Deeming rule), which has been there now for about two years, and we keep commenting on FDA restrictions on flavorings dealing with cigars. Right now nothing has changed. Time will tell.”

CAA is also monitoring bills in the House and Senate that aim to up the age to purchase tobacco to 21. While some CAA members are ambivalent about age restrictions, others care very much, Williamson said — not just because of the impact on sales, but because the industry has been complying fully with regulators to keep products out of the hands of minors.

“Youth usage numbers have been going down across the country,” Williamson said. “There is no need to penalize an industry that has been very compliant with all the rules and regulations that have been passed.”

When it comes to flavored cigar regulation, Williamson pointed out that flavored alcohol has not been threatened with regulation in the same way as tobacco. “What they want to pick on is mass-market cigars that have a flavor, and adults should be able to use products that have flavors.”

Still, the remainder of 2019 should be uneventful, Williamson predicted, while 2020 could conceivably see an FDA move or an unfortunate turn in the association’s court case.

Flavor Ban Predictions
Ed Kashouty, owner of several Exxon-branded c-stores in Brick Township, N.J., and cigar maker/retailer Hiram & Solomon Cigars, expects the FDA will ban sales of flavored cigars and that flavored cigars will disappear from the market once the FDA ruling arrives. “It could be today, it could be tomorrow, it could be next year. We are just waiting for them to pop in any minute,” Kashouty said.

Energy and Commerce Chairman Frank Pallone, Jr., D-N.J., and Rep. Donna Shalala, D-Fla., filed a measure that would place restrictions on premium, handmade cigars, including banning all internet cigar sales, and making the sale of flavored cigars in any form illegal. Titled “Reversing the Youth Tobacco Epidemic Act of 2019,” the April 16 ordinance also seeks to raise the federal legal age to purchase tobacco to 21, while boosting user fees collected by the FDA.

With the release of its latest draft guidance in March, the FDA said: “We expect some flavored cigars will no longer be sold.” Flavored cigars introduced after 2016 without FDA approval will be subject to enforcement/removal.

About 50% of cigar dollar sales come from flavored cigars, excluding menthol, according to SwiftIQ data presented at the National Association of Convenience Stores (NACS) State of the Industry Summit in April.

“A flavor ban would be the biggest blow to the category,” said Jeremy Weiner, category director for cigars for Smoker Friendly and Tobacco Depot in Boulder, Colo. “All major manufacturers have a large portfolio of flavored products. The category will still be viable, but sales and product selection will be much smaller.”

Legislation on all levels of government not only hurts cigars, but  also threatens the entire tobacco industry, Weiner added. “Since a large portion of the domestic cigar manufacturers’ portfolio is flavors, I would see it hurting the category tremendously, because there would be less variety.”

C-stores should prepare for the reality that flavored cigars may not be available in the future, Weiner warned. “But in the meantime, try to provide as much variety as possible from the top domestic cigar manufacturers.”

Another concern is that flavored-cigar customers may not return to non-flavored cigars. “I do not think that you can gain back 100% of the lost sales,” Weiner said. “You can only hope people that enjoy smoking cigars will switch to traditional non-flavored cigars, since flavors will not be available.”