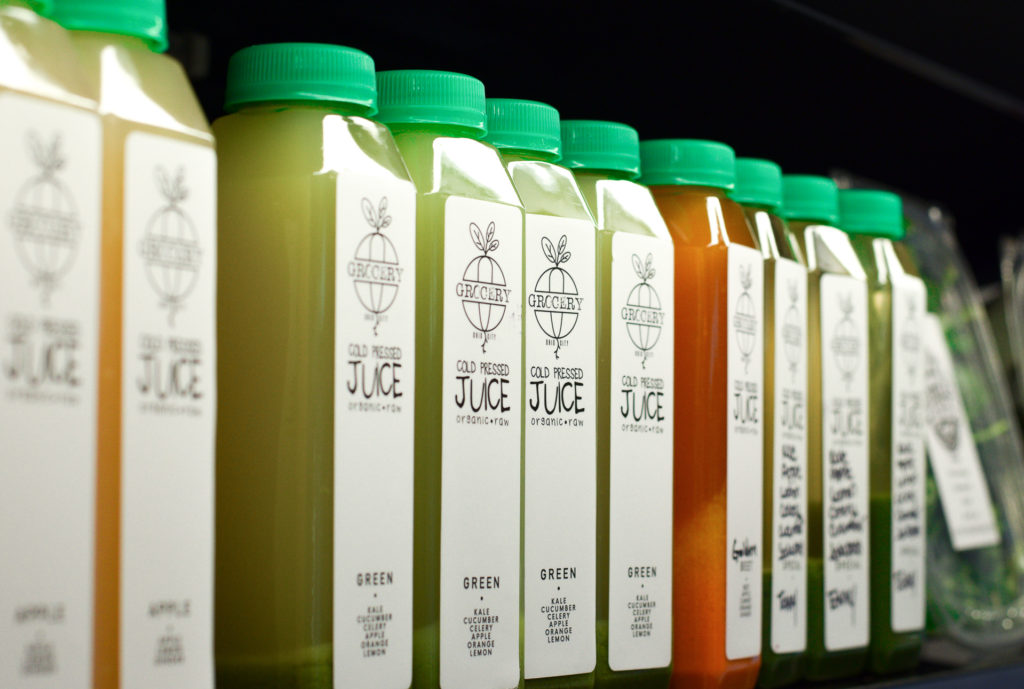 Since the opening of its first location in 2015, The Grocery has been providing fresh and local products to Cleveland customers on the go.

Owner Rachel Kingsbury is a Cleveland-area native with a background in fast-casual restaurants. She said she didn’t have any business experience when she decided to open a convenience store in a growing urban neighborhood, but she’s had healthy eating in mind from the start.

“There was a need to provide amenities to the people that lived and walked and worked in the area,” said Kingsbury. “If eating healthy and having access (to healthy food) is easy and convenient, people will do it.”

Kingsbury opened a second location in October 2018, after a developer approached her with an opportunity: to open a store on the ground level of a brand-new, mixed-use development with 194 apartment units.

“I felt that their vision for changing the neighborhood to be a safer, more community-oriented corner was something that was synonymous with what I’d like to do with my business,” she said. 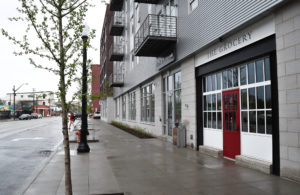 Not long ago, the area was largely industrial, but it’s  rapidly changing. A few months after the second store opened, another development, with 158 apartment units, broke ground directly across the street.

Apart from hundreds of potential new customers, the second location of The Grocery provided something the first location lacked: space. The 1,200-square-foot store is nearly triple the size of the original location.

The second location has seating and, coupled with back-of-house space, allows for more foodservice variety. Kingsbury said the new space also enables the store to “buy more products from local farmers and then turn them into ready-to-eat food.”

She does stock some produce and frozen foods, but she said grab-and-go items are increasingly in demand.

“People are working longer hours and have a baby and a single- or two-person household, so they don’t want to go through the hassle of dinner seven nights a week,” she said.

The Grocery also does regular catering, from office luncheons to bridal breakfasts or bagged lunches for sports teams — and offers some fresh meal-planning services as well, though she said it’s “in a beta program now.”

“We’ll put together a meal for people to come pick up for their family, or a couple meals for them to have throughout the week,” she said.

She likes to focus on freshness of ingredients and enjoys catering because she can tailor the food to exactly what the customer wants. “I’ve done a lot of all-vegan events.”

Kingsbury said these events, and the stores in general, gained support initially through word of mouth, but now social media is the driving force.

In addition to traditional grab-and-go items like sandwiches, Kingsbury said her customers are seeking newer, plant-based options, including smoothie bowls and cold-pressed juice.

The stores make juice in-house and usually stock four or more varieties. The green juice, a popular choice, is made with fresh kale, cucumber, celery, apple, orange and lemon.

There’s also a fully stocked salad bar at the second location, as well as vegan-friendly, frozen foods like Beyond Meat’s plant-based burgers. 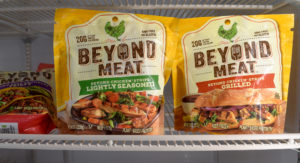 “Even if people aren’t vegan or vegetarian, they tend to choose a vegetable-forward menu item,” she said.

With produce, Kingsbury said the ability to sell locally sourced products depends largely on the season. When local isn’t possible, she goes for organic. With animal products, she’s especially stringent.

“I take a hard stance on sourcing meat and dairy products locally from places where I know what the animals are eating, and I know their living conditions, because that’s really important to me,” she said. “After that, I look to see that local makers don’t have highly processed foods. … Something that I would be willing to put into my body.”

As for alcohol, Kingsbury said many of the options are local, but with wine, she focuses on the ingredients and the type of vendor.

“We do have some organic wines, natural wines, and they come from everywhere,” she said. “We just try to keep it a cleaner-profile wine, usually from a smaller vendor.”

She said she chooses not to carry tobacco. She considered CBD products but decided to wait until the laws surrounding CBD were clearer. The 2018 U.S. Farm Bill federally legalized hemp-derived CBD, but the Food and Drug Administration (FDA) has yet to create rules around CBD in food products.

The process can take two to three years for typical products. Because of CBD’s association with marijuana, and because it was already approved by the FDA as a drug to treat epilepsy, it could take much longer.

“I didn’t want to take the jump until I was sure about what I was getting myself into,” said Kingsbury. “So I don’t have any CBD products, but I do use hemp protein, which is just a good, complex protein powder that we add to smoothies.”

Apart from healthy and plant-based products, the latest trend gaining traction, she said, is adaptogens.\

Adaptogens are nontoxic herbs and roots said to help the body resist stress. Some can be eaten as part of a meal. Others are consumed as supplements or brewed into teas. 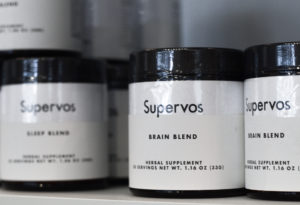 “Adaptogens work with your body to do things that, a lot of times, people supplement medicine for,” said
Kingsbury.

The store offers a local brand, Supervos, which has products intended to alleviate sleeplessness, stress and fatigue, to name a few.

The herbs and roots in adaptogens have been used for centuries, but there’s not much research on exactly how they affect the human body.

There is plenty of research on the effects of food, though. And Kingsbury said customers are more informed about their food choices now than ever before.

“People are treating food as medicine, and they’re asking more informed questions,” she said. “They’re asking, ‘How can I cook with it?’ instead of, ‘I’m just buying this because it’s healthy, and then it’s going to go sit in my fridge.’”