Outstanding leadership, great stores and unsurpassed customer service are the hallmarks of the convenience store industry’s exceptional chains. Weigel’s checks each of these boxes and so much more. For decades, the company has been a respected member of the communities it serves, has built a strong foodservice program and has maintained a pristine reputation as a leading employer in the markets it serves.

“It is such an honor to have been selected CSD‘s Convenience Store Chain of the Year from all the great chains operating across this country,” said Bill Weigel, chairman of Weigel’s. “It’s a tribute to the qualities and legacy this company was founded on over 80 years ago, and to the great management and team members we have in our stores today.”

Leading the Way
Geographically, the 67-store chain has never strayed far from its Powell, Tenn., roots. Yet, its evolution from small-town player to industry leader has impacted the way the industry does business, especially as a local employer and in the areas of foodservice and technology. Family-owned convenience stores are the backbone of the convenience store industry, and Weigel’s is a shining example of the very best this industry has to offer. 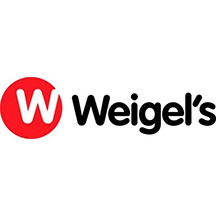 Over the past year, Weigel’s has stepped to the forefront in several key areas. The chain was voted by the local community to have the best pizza, best coffee, best c-store brand and the best bakery in the markets it serves. Its bakery was voted the Employer of the Year by Goodwill Industries in Knoxville, Tenn., for its dedication and hard work in the Goodwill employment training and rehabilitation program. Additionally, Weigel’s was awarded the honor of the cleanest restrooms in Tennessee by GasBuddy, and graded as having the fifth-cleanest restrooms in the nation.

“While Weigel’s continues to flourish, Bill’s biggest impact on the convenience store industry has been his influence on his peers to strive for retailing excellence,” said John Lofstock, editor-in-chief of Convenience Store Decisions. “I have known Bill and his family for more than two decades and have had the opportunity to spend time with the Weigel’s team in Tennessee. The entire team under Bill’s leadership represents the very best the convenience store industry has to offer.”

While Weigel’s has an outstanding operation and has earned the respect of all who have come in contact with the brand, the chain’s legacy is its commitment to doing things the right way and for the right reasons. 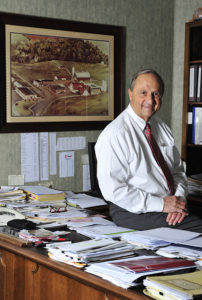 For example, Weigel’s remains the only Tennessee dairy buying only Tennessee milk. This is done strictly to support the local dairies of Tennessee, an industry that is struggling to grow.

For the past two decades, Weigel’s has supported Weigel Family Christmas to support families in need during the holiday season. Since 1998, Weigel’s has taken more than 4,000 underprivileged children Christmas shopping, chaperoned by employees and volunteers and funded by the chain and its many trade partners.

Weigel’s has also been a leading supporter of Wags for Warriors, a local non-profit organization whose mission is to enhance the physical and psychological quality of life for veterans with service related disabilities through the training and placement of service dogs. Weigel’s has raised more than $40,000 for the program.

“Our management team, store team members and partnerships with our trade partners are the reason we succeed each and every day, and it’s because of them that we have this great honor,” said Ken McMullen, CEO of Weigel’s. “This memorable tribute would not have been possible without them.”

Please join us in honoring Weigel’s. For seating information to the Weigel’s Chain of the Year award ceremony at the Fox Theatre in Atlanta, retailers can contact John Lofstock, editor-in-chief of Convenience Store Decisions, at [email protected]. Supplier companies interested in sponsorship opportunities should contact Tom McIntyre, Group Publisher of the Convenience Store Decisions Group, at [email protected].

ABOUT THE CHAIN OF THE YEAR AWARD
CSD’s Chain of the Year award annually honors a convenience store or petroleum chain that has established itself as a superior retailer and innovator in its markets of operation. CSD’s first Chain of the Year award was given to Wawa Inc. in 1990. Weigel’s follows 2018 Chain of the Year winner Kwik Trip. Other winners of this prestigious award include Sheetz, Maverik, RaceTrac, 7-Eleven Inc., Krause Gentle Corp., Alimentation Couche-Tard, QuikTrip, Rutter’s and Family Express.