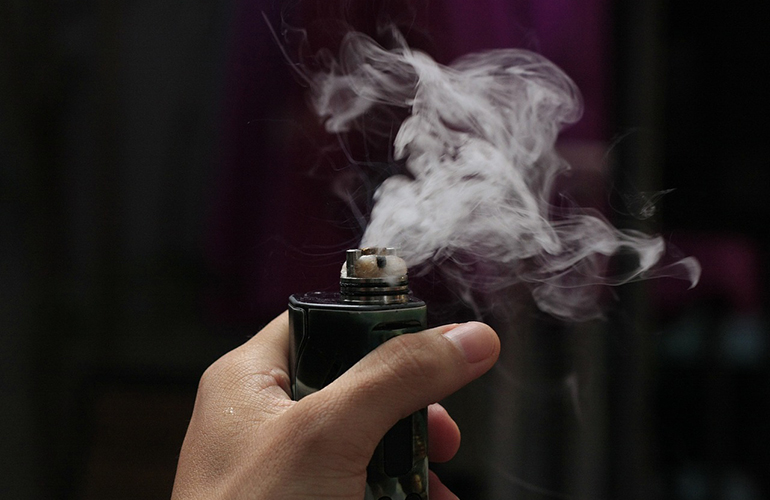 Throughout the first half of 2019, the tobacco category has been inundated with proposed legislative restrictions. One Hawaii lawmaker attempted to graduate the minimum purchase age to 100 (it soon fizzled out in committee). Last month, the Beverly Hills City Council scheduled a vote to ban the sale of all tobacco products from any retailer in the California city other than cigar lounges and upscale hotels. And of course, the U.S. Food and Drug Administration (FDA) proposed a significant change in its compliance guidance that could demand convenience stores segregate all flavored tobacco products.

“Thus far, this year has not been the bloodbath many feared,” said Gregory Conley, president of the American Vaping Association. “When you consider the political situation we faced several months ago, we’re exiting a bunch of legislative sessions without too many bad laws. Indiana proposed a tax, which died. Taxes in Wyoming were killed, and a 62% tax was close to going on the ballot in Colorado but was killed by a vote of 25-10 in the state senate.”

Not everything happening to the category is viewed negatively. In April, the FDA granted Philip Morris International approval to market iQOS in the U.S. Plus, the 2018 U.S. Farm Bill removed restrictions on hemp-derived cannabidiol (CBD) products at the retail level. Although it’s not a tobacco product, CBD has been attracting customers across multiple demographic classifications and has created new opportunities for convenience stores.

So, given the multifaceted elements at play, how do c-store owners and operators envision the tobacco category evolving over the second half of 2019?

Predictable Patterns
According to the National Association of Convenience Stores (NACS), tobacco transactions accounted for nearly one-third of all merchandise sales in 2018. However, that margin continues to be chipped away. Cigarettes claim the largest percentage of total tobacco sales, but nationwide figures have fallen yet again. Per Nielsen research, reported by Wells Fargo Securities, dollar sales in the c-store channel fell nearly 4% for the four weeks ending April 20. Even a jump in pricing of more than 5% couldn’t overcome volume drops of 8.7%. Of course, not every store recorded losses this large. 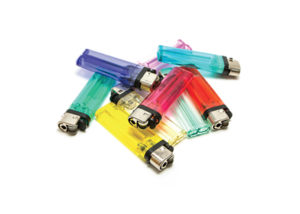 “Cigarettes sales have taken a slight dip, but we’re still managing to stay above the overall decline across the industry, so we’re happy about that,” said Bill Bustin, marketing director for Dandy Mini Marts Inc. The Sayre, Pa.-based company operates 65 Dandy convenience stores in Pennsylvania and New York.

“Cigarette sales have declined slightly, which is expected, but we have seen nice increases from other tobacco products through the first quarter,” said Mike Clifford, category manager for Clifford Fuel Co. Inc. The multigenerational family business owns and operates the Cliff’s Local Market chain as well as full-serve pumpers and car washes.

So far this year, other tobacco products (OTPs) have presented mixed results. Smokeless tobacco totaled more than $6.1 billion over the 52-week period ending April 20, according to Nielsen, but it also experienced declines in unit sales, with some brands reporting double-digit losses. It’s too soon to determine if the recently released ZYN nicotine pouches by Swedish Match will provide a profitable bump. Plus, the industry continues to wait for federal word regarding modified risk tobacco products applications for Swedish Match General snus, Copenhagen fine-cut moist snuff and Camel snus, which many analysts believe will add stability to the segment.

Anecdotally, it appears sales of roll-your-own tobacco products remain relatively flat, but lighters have been ignited.

However, e-cigarettes and vaping products — devices, kits and refills — lead OTPs. Sales in all retail channels cashed in at more than $3.8 billion for the same 52 weeks, and refills tallied more than $3.1 billion, per Nielsen. Juul still dominates in dollar (150% increase for the four-week period) and unit sales (154% growth for four weeks). Vuse posted double-digit dollar and unit sales gains for the same period, 31% and 10%, respectively.

“Vaping is down 15%, largely due to Juul flavors being pulled,” said Tim Greene, category director for tobacco at The Cigarette Store Corp., based in Boulder, Colo., which operates Smoker Friendly and Tobacco Depot stores, and Gasamat c-stores.

The concern for underage access to vaping products has prompted municipalities coast to coast to issue local prohibitions. Arden Hills, Minn., is one example. City officials voted to ban sales of all tobacco flavors, including menthol and mint, from all retailers. Effective next month, the new ordinance also raises the minimum purchase age to 21. Ted Brausen estimates the new regulation could end up costing him as much as 30% in total purchases, which includes missed sales on additional basket items. 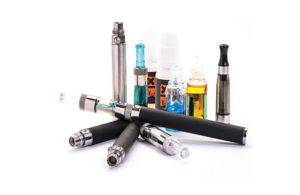 “Menthols are big here. Also, chewing tobacco is huge, and there are different flavors to that,” said the owner of Brausen Automotive, which includes a c-store in Arden Hills and two automotive centers. “We’re in the first-tier suburbs (of the Twin Cities), but customers can go to second- or third-tier suburbs where it’s still 18 and no flavor bans,” said Brausen.

“The other point is we were about to be going into a remodel, making the store bigger and modernizing it, but I’m hesitating right now. I’m waiting to see what the ban does to our bottom line,” he said.

Even more communities, along with more than a dozen states, have raised the minimum purchase age to 21, as have national drugstores and big-box retailers after being called on the carpet by the FDA for selling to minors. Now, federal lawmakers are speaking up. U.S. Sen. Mitch McConnell, R-Ky., announced he’ll be introducing a bill that calls for the federal tobacco purchase age to be raised to 21. A few Big Tobacco producers have even lined up their support for the legislation.

“The 18- to 20-year-old segment only makes up a small fraction of actual sales, and that’s why Big Tobacco companies are moving forward on 21, seemingly as a way to push back on taxes and flavor bans,” said Conley. “Unless the House Democrats screw it up, Mitch will get it done.”

“There are currently two Dandys that operate in counties with a minimum purchasing age of 21, which has hurt sales,” said Bustin. “We’re looking for consistency and a level playing field, so if legislation is passed to bring the minimum purchasing age to 21, we’d rather that be federal or through (states) rather than several different local governments throughout our service area.”

While many in the c-store industry agree that a cohesive 21 requirement could affect the category, it’s less intrusive than the FDA’s proposed changes to its Compliance Guidance. Basically, the new rules would require brick-and-mortar stores to prohibit sales of flavored e-cigarette, vaping and cigar products ­­—­ other than tobacco, menthol and mint — by creating a 21-plus entrance or moving products to a separate area on the premises that minors could not enter.

NACS and the Society of Independent Gasoline Marketers of America (SIGMA) issued a joint formal comment protesting the proposed changes, citing evidence from the American Journal of Health Promotion, which indicates teens are far more likely to acquire e-cigarettes from vape shops than c-stores.

The associations said that the FDA’s draft guidance “will push underage consumers to retail outlets with the worst track record of compliance with age restrictions. The result will be more overall sales of (e-cigarettes) to minors rather than less.”

“We’re positioned well with our Smoker Friendly stores in that those are already 21, but the Gasamat stores are different,” said Greene. “We would have to comply and make them either entirely 21 or cut out an entrance and make that separation.”

“The FDA has not taken any formal action on this proposal since the agency requested the public and tobacco industry to submit comments on the issue by April 30. The FDA must now review all those comments and then determine whether to proceed with finalizing the Guidance document,” said Thomas Briant, president of the National Association of Tobacco Outlets (NATO).

Additionally, the agency wishes to move up the deadline for manufacturers to submit premarket tobacco applications (PMTAs), a requirement to sell tobacco products in the U.S., from Aug. 8, 2022, to Aug, 8, 2021. On May 15, responding to a lawsuit filed by several groups claiming the agency was delaying the process, a federal judge ordered the FDA to show the court its plan for PMTA reviews within 30 days, claiming it was derelict in oversight duties.

Product Replacement
Not all legislation is unwelcomed. The U.S. 2018 Farm Bill, signed into law in December, removed restrictions on cannabidiol products containing less than 0.3% THC, which has allowed retailers to cash in on their growing popularity.

CBS News reported that the U.S. market is worth $600 million. The Brightfield Group, a market research firm, told the news organization that the CBD industry grew more than 200% last year, even before the Farm Bill was passed. Now, the market is poised to grow at an even faster pace, much like vaping did when it first hit U.S. retailers.

“I think they are bigger than vape because you see CBDs everywhere, including grocery, health and pet stores,” said Greene. 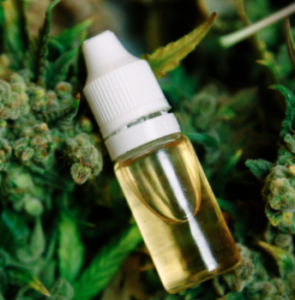 “We’re carrying lotions, gummies and cartridges, and they have a positive following,” said Brausen. “The profit margin is a lot better than tobacco, about 40% compared with 20%.”

Clifford also has added them to his stores, but voices some concern.

“Since state laws on CBD vary, and the industry is so new, there are currently no true, trusted national brands. I have been and will continue to be very selective on which brands I choose to sell,” he said.

“We’re confident that the products will do well, and anything to help fill the void and offset tobacco losses over time is a good thing,” added Bustin.

As more states eye legalizing recreational cannabis, c-stores are looking for avenues to attract this customer demographic, such as adding cannabis-related paraphernalia. Being based in Colorado, the first state to legalize marijuana, Greene has long sold glassware, but now sees a greater variety in accessories.

“We’re starting to see different types of hemp papers, wraps and cones coming in,” he said. “There will be opportunities there, but what those are right now, I don’t know. Next year, we could be talking about something else.”

Waiting for What’s Next
Perhaps the most energizing development to light up the tobacco category is the FDA approval to market iQOS. Altria will begin selling the heat-not-burn device under the Marlboro brand — Marlboro Heatsticks, Smooth Menthol Heatsticks and Fresh Menthol Heatsticks — at a flagship store in Atlanta before rolling it out to other retailers. Based on its success in Japan and Italy, Wells Fargo Securities’ analysts predict the product could generate approximately $4.5 billion by 2025.

“It’s always good to see new innovation come into the category,” said Clifford. “Hopefully it can help offset some of the declines from combustible cigarettes.” 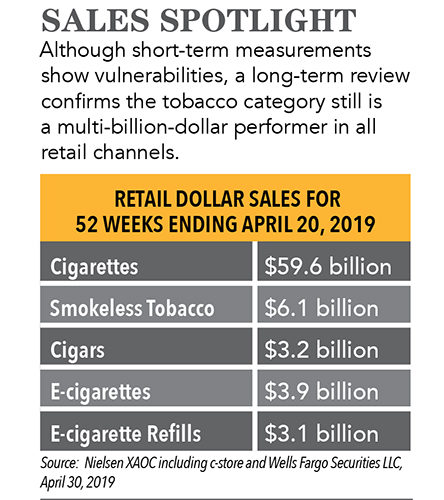