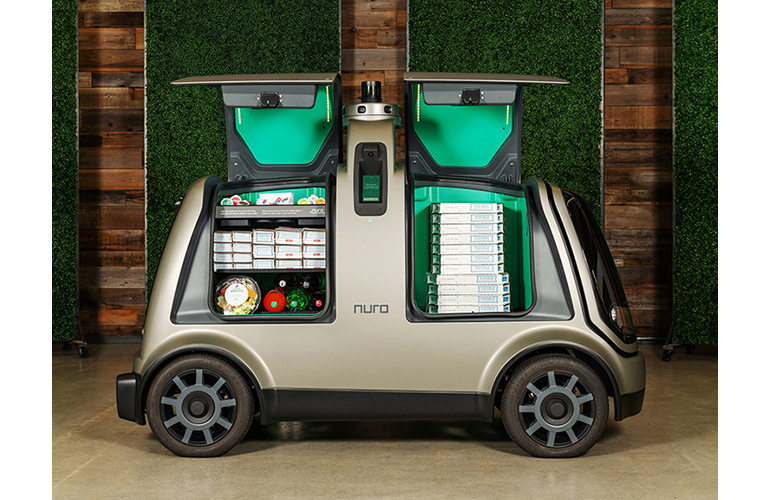 Nuro has developed a custom unmanned vehicle, called the R2, for delivering goods. The company has raised more than $1 billion from investors and has a partnership with Kroger. Its founders were principal engineers at Google’s self-driving car project, Waymo.

“The opportunity to bring our customers the choice of an unmanned delivery experience, and our operators an additional delivery solution during a busy store rush, is an important part of our autonomous vehicle testing,” Kevin Vasconi, Domino’s executive vice president and chief information officer, said in a statement.

Domino’s has also tested driverless delivery testing with automaker Ford in Ann Arbor, Mich., where the company is headquartered, and in Miami, which ended in late 2018.

Customers who order online from Domino’s participating locations will have the opportunity to use Nuro’s autonomous delivery. Once they’ve opted in to the feature, they can track the delivery via the Domino’s app and will be given a unique code to open the delivery compartment and get their order.

“For our stores, the vehicles could be most valuable during busy ordering times, when having an additional delivery option could be operationally impactful,” said Vasconi. “We would expect that once the vehicles are more of a market reality, stores could choose to use a mix of traditional deliveries with a driver, and unmanned vehicle deliveries, depending on the preferences of the customer.”