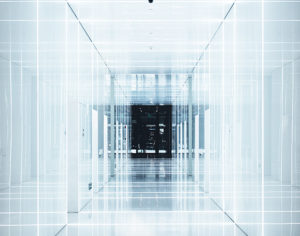 Disruption is a term heard frequently in most industries these days, but what exactly are people talking about when they reference disruption? And more importantly, what can c-stores do about it?

Technology today is moving quickly and it’s transforming the way various industries do business. This technological transformation is disrupting the status quo by offering solutions that reduce — or even eliminate — friction or pain points. But retailers who fail to embrace and move with the pace of change are often left behind.

For example, Netflix disrupted the video rental industry when it introduced live streaming. Video streaming services have removed the friction of driving to a video store, searching the shelves for a movie, hoping the movie of choice will be in-stock, renting it, then returning the video later. Now people watch videos with the click of a button without leaving their couches.

In a similar way, Airbnb disrupted the hotel industry when it offered a way for everyday people to offer up their homes as places for guests to stay. And Uber disrupted the taxi business by providing ride sharing services with the click of an app.

Likewise, it wasn’t taxi drivers or hotel operators who launched Airbnb or Uber. Instead startups saw pain points the current industries were failing to address, and in those pain points they saw opportunities to solve problems.

Disruption is a hot topic today because technology is moving faster today than ever before and offering new ways of doing business that didn’t exist decades ago. The rise of the internet and mobile apps have brought online sales and on-demand delivery that have disrupted brick-and-mortar retailers. Former retail giants from Sears to Payless have been forced to close stores as more customers order online.

Amazon is perhaps the biggest example of disruption to retail stores. Amazon is a click away via an app or website, and can deliver in under two days via Amazon Prime or within hours with PrimeNow. It’s also introducing Amazon Go stores featuring frictionless checkout. Customers scan an app to walk in, get their groceries and just leave. Amazon is eliminating wait times to check out — in fact it’s eliminating the checkout process completely — and in doing so it’s disrupting the normal way of doing things. Now retailers across industries are testing various methods of scan and pay or frictionless checkout to keep up with the pace of change.

The good news is convenience stores don’t have to fear disruption. Instead, they can lead it by recognizing that the status quo is changing, identifying areas of friction and building solutions ahead of the competition.