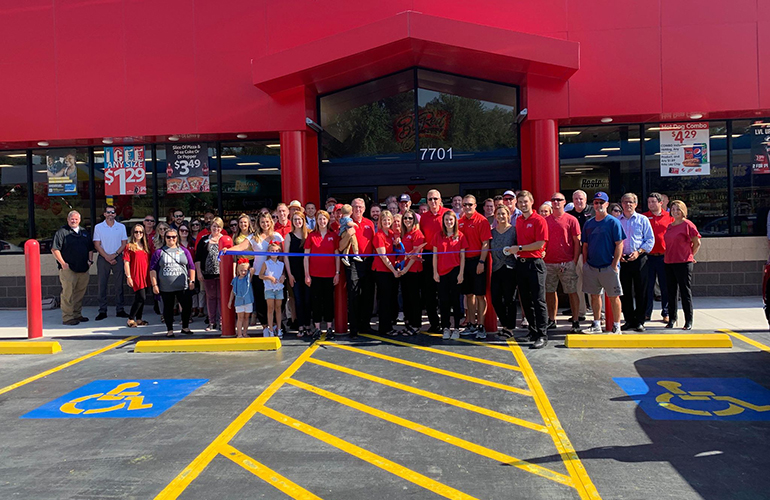 “We are excited and humbled to open here in Bryant with our fortieth store in Arkansas,” said Big Red Stores President David Hendrix. “Our customers are our neighbors and friends and we take great pride in being an all Arkansas company.”

Big Red Stores hosted a Fourth of July grand opening celebration on July 3 at the new store in Bryant, Ark.

The event included special guests such as 103.7 The Buzz Morning Show with Roger Scott, David Bazzel and Tommy Smith, along with Justin Acri from 103.7 The Buzz’s The Zone.

Big Red Stores also offered free hot dogs and giveaways every hour, all donated by vendors such as Community Coffee, Pepsi, Golden Eagle, Monster Energy and more. The grand opening event also included a tailgate area where vendors set up booths for free sampling for visitors during the day.

Additionally, Big Red Stores offered a special deal for our Rewards Cards customers who stopped by during the Grand Opening Event and took 40 cents off per gallon while using their rewards card at the pump.