These media entities will be housed under Tobacco Media Group (TMG), a subsidiary business of Kretek International.

“We feel this is a strategically sound acquisition for Kretek,” said Kretek International Inc. CMO Jason Carignan. “We recognize the power of journalism and its influence in building relationships between both people and products. These titles have done the footwork, creating loyal audiences and solid reputations. And now it’s time to up the ante, utilizing our extensive network to leverage their foundation and work towards disseminating information and ideas that strengthen the premium tobacco industry as a whole. We’re committed to supporting TMG as a key information source for people in all facets of the tobacco industry and are confident in their success.” 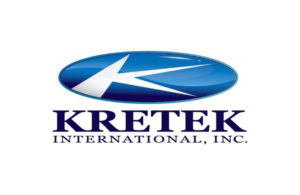 For several decades, Tobacconist Magazine and CTS Report were the go-to trade publications for the premium retail and convenience store markets. TMG is also excited to expand its reach into the consumer market with the acquisition of Pipes & Tobacco Magazine, TobaccoReviews.com and Cigars & Leisure Magazine.

TMG has been looking for a way to better to serve the premium tobacco industry and community with tailored news and content and will be able to do so with Pipes & Tobacco Magazine and the popular consumer-driven review website, TobaccoReviews.com. These titles will be in addition to Tobacco Business Magazine, which is a bi-monthly premium trade publication for the premium tobacco and cigar industry. Specific plans for each of these titles will be announced in the fourth quarter of 2019.

“TMA wanted to be good stewards to these important assets to the tobacco community,” said TMA CEO Chris Greer. “After our acquisition of SpecComm’s assets, we needed to find a home for them with an organization that could deal with consumers in a way an information group like ours could not. TMG is the perfect home to grow and develop these titles and serve their important communities. We look forward to seeing the continued success of these assets.”

TMG is the leader within the tobacco industry through its publishing and annual trade show properties. TMG strives to create an inclusive media ecosystem where the “total tobacco” category can ignite business growth by working together across the industry.

In the last two years, Tobacco Business has quickly become the leading tobacco trade publication that has helped tell the story and give international exposure to many tobacco businesses, professionals and their products both in print and digitally. The Tobacco Plus Expo (TPE) trade show has also emerged as a top choice for businesses and retailers in the tobacco, vapor and alternative industries and has continued to grow year after year.

The acquisition of these new titles and websites shows TMG’s overall commitment to serve as a voice and platform for the global tobacco industry.

“Bringing these properties into the fold is a strategic move for TMG,” said Ben Stimpson, managing director of TMG. “We wanted to give our partners a whole of market, 360-degree opportunity to promote and market their brands to both trade and consumer groups. We are now able to offer a one-stop-shop for all tobacco, premium cigar, pipes and pipe tobacco companies that want to grow their brands under a highly reputable organization of TMG. This is an exciting time for us and the industry. We look forward to offering our partners with increased opportunities in the tobacco industry through these new media platforms.”