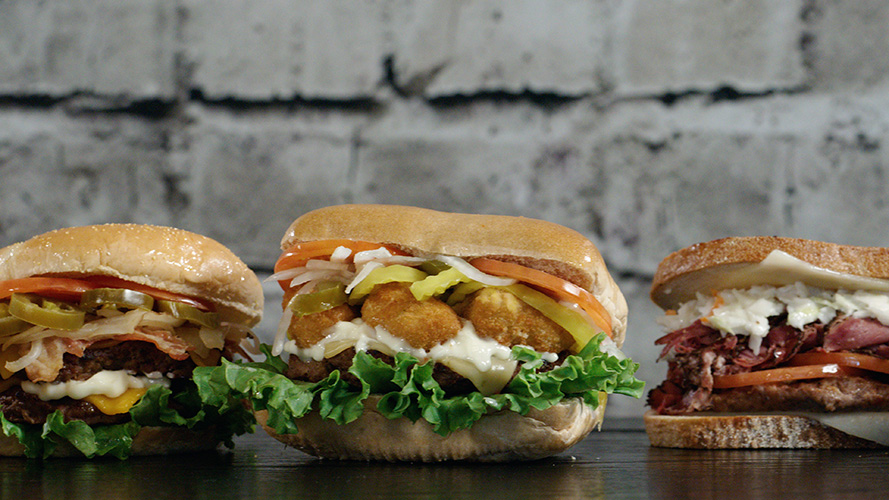 At Rutter’s, which has 75 locations in Pennsylvania, Maryland and West Virginia, burgers are so popular they have their own menu of more than two dozen variations. Customers can choose from a one-third-pound, 100% Angus beef patty, a one-fourth-pound chipotle black bean burger or a turkey burger, said Ryan Krebs, the York, Pa.-based chain’s director of food service.

The “Ultimate Burgers” are topped with snack or meat items featured elsewhere on Rutters’ extensive foodservice menu. Some of the more novel combinations are burgers topped with snack items such as jalapeño poppers, mozzarella sticks and mac-and-cheese bites, as well as meatier items like barbecue short ribs, pastrami and pulled pork.

A surprisingly successful recent addition was a burger sandwiched between sweet southern waffles.

“People are attracted to the combination of sweet and savory,” Krebs noted. “It also helped us to sell more burgers at breakfast.” 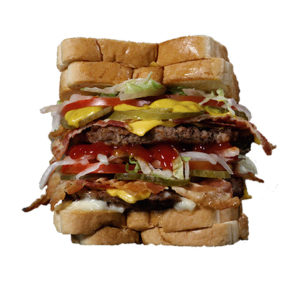 Another creative invention that has sparked a favorable consumer response is the over-the-top Route 30 Burger made with one or two burger patties, six slices of bacon and, instead of a bun, two grilled cheese sandwiches as the top and bottom.

Customers can build their own burgers at the ordering kiosk or grab them to go from the hot holder.

“We do a ton of grab-and-go as well as made-to-order burgers,” he said. “They’re one of our highest volume items.”

State College, Pa.-based Nittany Energy MinitMarts also do a brisk burger business, according to Angela Gearhart, food service category manager for the company that operates 27 convenience stores in the Keystone State. Like Krebs from Rutter’s, Gearhart pointed out that her stores sell “a ton of burgers,” whether as-is or topped with cheese, bacon or chili.

Sixty percent of the burgers are made to order, the rest grab and go. The burgers move particularly well when they are paired with fries for a $4 lunch or dinner. To upsell the bundle, the stores offer the addition of a fountain drink for $1.

“The traditional brat is usually the best-seller, but varieties such as spicy and cheese-filled featured as rotated or limited time offers keep the roller grill offering fresh and catch the attention of customers who might otherwise just walk by the grill,” he said.

Roccagli described brats as “comfort food,” particularly in the Midwest. He suggested that retailers accompany them with yellow or spicy mustard, relish and raw onions and, if possible, encourage customers to make them a heartier meal with a topping of sauerkraut.

Brats can also be a versatile menu item, offered as is on a bun, split for topping a burger or as sliders for a snack, he said. Different types of buns can also vary the offerings. Deals such as a combo of a brat, small chips and fountain drink for $5 have also been shown to effectively boost sales.