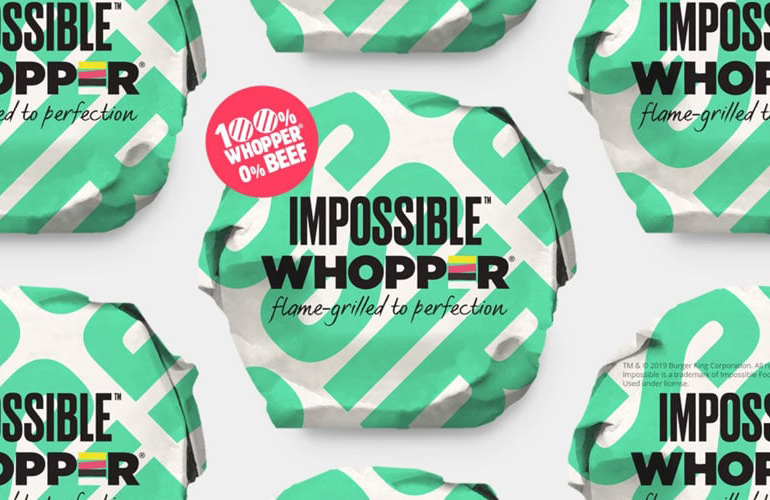 On Aug. 8, the Impossible Whopper will roll out to 7,200 Burger King locations across the U.S.

Burger King’s national rollout, which will happen earlier than the expected year-end coast-to-coast debut, comes on the heels of an Impossible Foods alliance with OSI Group, one of the largest food manufacturers in the world.

That deal will step up production of the meatless burger, which had been in short supply during some peak demand periods this year. It’s currently available at restaurants such as White Castle, Qdoba, Red Robin and Cheesecake Factory.

The Impossible Whopper 59-restaurant test run in St. Louis, which was launched in early April, went “exceedingly well, surpassing the most bullish expectations,” according a representative for Impossible Foods.

“We’ve heard great feedback and know the Impossible Whopper appeals to both current guests who are already big fans of the Whopper sandwich, as well as new guests who are excited about this new option,” said Burger King North America President Chris Finazzo in a release. “…guests across the country will be able to try this this plant-based, flame-grilled sandwich which is true to the original Whopper sandwich that our guests know and love.”

The Impossible Whopper will be available for a limited time, while supplies last, in stores, on the Burger King app and through DoorDash. However, if it’s a hit, it could become a permanent menu item.