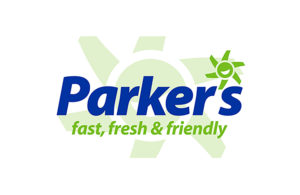 Parker’s announced that the company is included on the Inc. 5000 list of the fastest-growing private companies in America for the fifth time.

The winners will be recognized in the September 2019 issue of the magazine and at the Inc. 5000 Conference and Gala, which will be held Oct. 10-12 in Phoenix, Ariz.

“We’re deeply grateful to all of our loyal customers for making this incredible recognition possible,” said Parker’s Founder and CEO Greg Parker. “We’re absolutely thrilled to be honored, once again, as one of the nation’s fastest-growing companies, delivering the ultimate in customer service, technology and food service to our customers.”

In recent years, Parker’s has redefined the role of a convenience store by adding freshly prepared, Southern-inspired food at Parker’s Kitchen locations across Georgia and South Carolina.

Parker’s has also earned accolades for donating a percentage of gas sales on the first Wednesday of each month to area schools and hospitals through the company’s Fueling the Community charitable initiative.

Always on the cutting edge, Parker’s is currently using predictive analytics and machine learning to determine the most seamless, frictionless and time-efficient ways to complete more than 125,000 daily transactions and to prepare the freshest possible food to meet customer demand.

With 58 stores throughout coastal Georgia and South Carolina and a $50 million expansion into the Charleston, S.C. market currently underway, Parker’s is well on its way to becoming a billion-dollar company. Parker’s has enjoyed 20 to 24 percent annual growth every year for the past 19 years.

Founded in 1976, Parker’s employs nearly 1,000 individuals throughout the region, who have access to innovative DailyPay technology, allowing for pay on-demand.