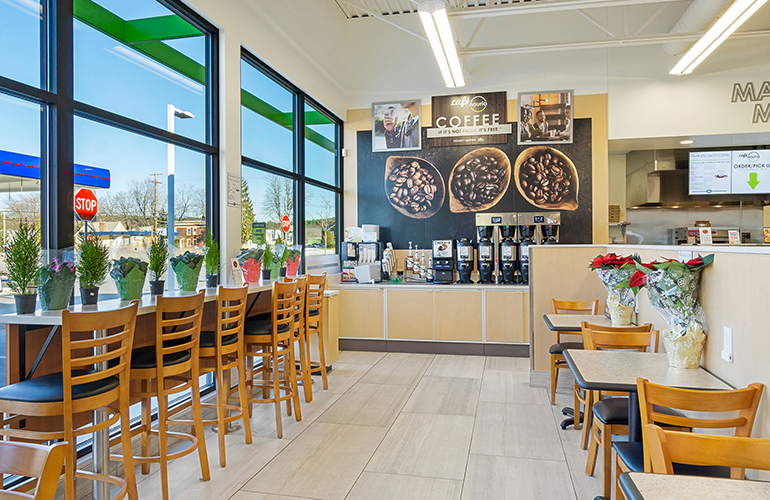 A generic cup of joe just won’t cut it with today’s coffee-savvy consumers. They’re looking for quality brews and programs that retailers are proud to put their name on.

For the past year, northern Ohio-based FriendShip Food Stores’ locations have been undergoing “mini remodels” of coffee preparation and merchandising areas to upgrade their offerings and build the brand, according to Ed Burcher, the 26-unit chain’s vice president of foodservice.

The first two orders of business were to standardize the equipment and grind the beans fresh for each pot. Even the bulk sweeteners and creamers carry the FriendShip logo and graphics, as does an overarching sign that guests can see from six feet away. 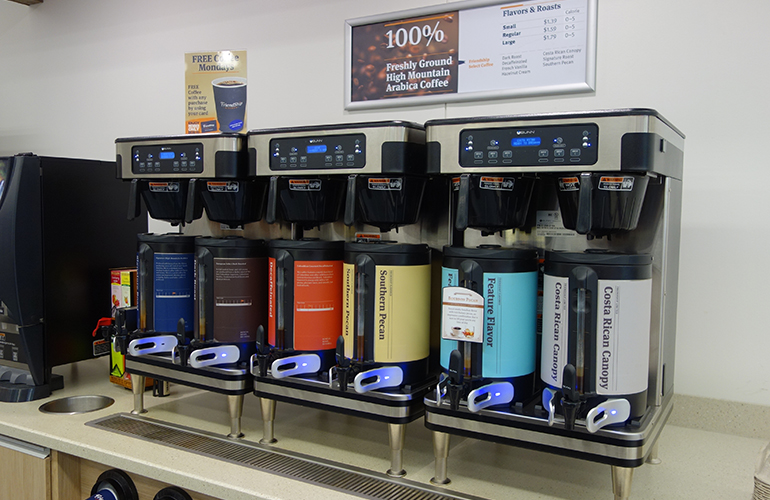 FriendShip Food Stores’ locations have been upgrading coffee preparation and merchandising areas and offerings to build the brand, including standardizing equipment and grinding beans fresh for each pot of coffee.

“Coffee starts people’s day, and it’s one of the highest transaction categories that we have,” Burcher explained. “Having an upgraded coffee program makes a big impact and gives us more opportunities for bundling with fresh foodservice items, especially breakfast sandwiches.”

Burcher said he expects the retrofitting of the stores’ coffee areas to be completed chainwide by summer of next year.

“Our initiative has been successful, resulting in increased coffee sales and expansion of our brand,” he noted.

Coffee’s position as a high-quality item provided an impetus for guests to sign up for and use their FriendShip loyalty card, which offered $1 cups for members during a recent 15-month promotion. Now through at least the end of the year, members can get a free cup on Mondays when they use their loyalty card.

Most of the stores offer five different varieties in the morning. Three times a year, a special, limited-time offer (LTO) variety replaces a slower-moving offering. In newer stores where there is space, FriendShip has added three flavors of syrups. Eventually, all the stores, as they go through their retrofits, will offer syrups.

“Coffee is the cornerstone of our fresh foodservice, and even people who don’t drink it can see that we focus on freshness,” he pointed out.

Nouria stores that offer coffee have also seen that streamlining the number of varieties from eight to 12 down to six or fewer and increasing the number of customizing add-ins such as creamers, shots and syrups is fine with the majority of customers. 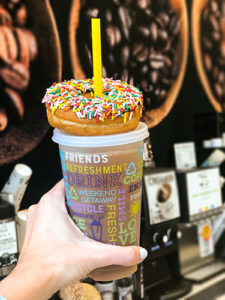 “Overall, we are seeing growth in both our cup volume and sales dollars,” Clark said.

Other trends that are important to an increasing number of customers, especially younger ones, are that organic, Fair Trade and sustainable brews be available, Clark noted. Currently Nouria stores offer two Green Mountain Fair Trade and organic blends.

For cappuccino drinkers, Nouria has been testing three different bean-to-cup formats in select stores for about a year. One has the singular purpose of making specialty, barista-quality espresso-based drinks with real milk. Another has the bean-to-cup machine as the only equipment being used for regular and specialty coffee drinks. In the third format, the equipment grinds beans, but also mixes powdered cappuccinos and hot chocolate.

To promote their coffee, the stores offer price breaks in the afternoon — for example, 99 cents from 2 p.m. to 6 p.m. Coffee is also positioned as an add-on purchase for $1 to go along with a snack.