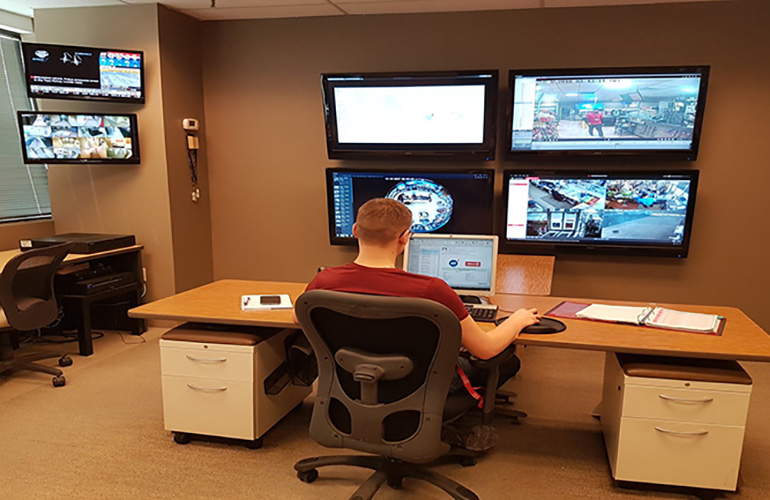 In July, employees of a Sonoma, Calif., Bonneau c-store noticed a car returning throughout the day. Chris Bambury, vice president and general manager of Bambury Inc., which runs three Bonneau c-stores, watched on surveillance as the car returned late at night. So, he called the sheriff’s department to come watch.

“About 3 a.m., it all came together,” Bambury said. “In minutes, they swapped their license plates, surveyed the business, looking through the window with bandanas covering them up, and then used a small sledgehammer to hit the front door.”

But all they got was arrested.

With the combination of surveillance, coordination and a nearly impermeable laminated glass door, which shatters the glass inside of it and triggers an alarm when hit, it was the perfect mix of prevention tactics.

The National Retail Foundation’s “2019 Security Survey” noted loss prevention professionals reported increases of 44% in budget, 56% in technology and 29% in staffing in 2018.

But it’s not just staffing and budgets protecting the tobacco, vape products and ATMs that are top of the list for theft.

“It’s definitely lighting, surveillance, either shutters or laminated glass, the best locking system you can get,” Bambury said. “Because you may not be able to stop them, but the more you can slow them down, the more likely they move on.”

Lights. Outside the store, lighting helps store employees see suspicious activities, like when a potential robber sits at the air pump pretending to work on his car for hours, as happened at Bonneau. It also guards fuel and keeps customers safe.

Camera. Sean Sportun, manager of security and loss prevention for Circle K’s Central Canada Division, added one loss prevention (LP) investigator and an LP analyst to his team this year. But it’s the addition of new, higher-resolution and more effective cameras that has him most excited.

“A CCTV/DVR model is going to give us a lot of analytics for heat mapping and targeting certain things in the store,” Sportun said. “It will cut our investigating time in half. We can identify problems and deploy our resources to that problem before it gets out of hand. It can take away the guesswork and look at point-of-sale data, then go back to video and marry those together. We still have to verify and do the legwork after that, but it will reduce the time (involved).”

He is also piloting cameras that can detect gunshots and read license plates. He also sees future applications for facial recognition that go beyond stopping crime to finding lost children or elderly adults.

Action. The additional benefits of surveillance add the community benefit that action produces. Putting together positive policing tactics like positive ticketing and community meet-and-greets, and having a good, collaborative relationship with police, whether it’s in sharing video or coordinating theft surveillance, helps deter crime.

Circle K has used its Crime Stoppers program and events that connect the police and local youth, but it’s a new program of community street art murals in front of stores that have both reduced youth crime 64% in those areas and increased sales at the stores near the murals by $65,000.

“Involving the community in what’s going on the mural, being part of the building of the mural, breaking barriers with police and having them there is the community engagement piece,” Sportun said. “So the community looks at our store and says, ‘I’m going to pick this brand.’”

Improved lighting; cameras that integrate security, marketing and employee safety; and action with the police and community all add up to greater theft deterrence.