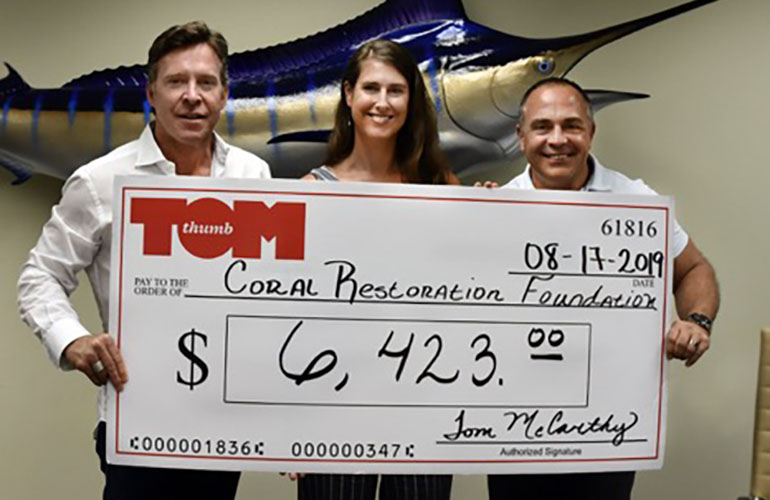 In an effort to help the environment, South Florida-based Tom Thumb Food Stores collaborated with Coral Restoration Foundation to raise funds to support the reintroduction of critically endangered corals to the disappearing reefs of the Florida Coast.

During ‘Raise the Reef’ month in June, Tom Thumb and Coral Restoration Foundation launched a coordinated effort to raise awareness and collect donations at each of the 14 Tom Thumb Food Store locations.

“Anything we can do to help such an amazing group of people that do so much for not only the marine environment of South Florida, but to positively impact the global marine environment as well,” said Tom Thumb owners Tom and Jim McCarthy. “Coral Restoration Foundation has been able to achieve so much, and we’re blessed to have them as a part of our community.”

Largo, Fla.-based Coral Restoration Foundation is a non-profit marine conservation organization dedicated to restoring reefs to a healthy state in Florida and globally. Through large-scale cultivation, outplanting and monitoring of genetically diverse corals, the foundation works to support the reefs’ natural recovery processes.

“Tom Thumb has been a wonderful supporter over the years — they have championed our mission at every step,” said Martha Roesler, Coral Restoration Foundation. “Through this event, accepting donations and raising critical awareness in their stores was yet one more way they have contributed to our cause. Thank you so much.”