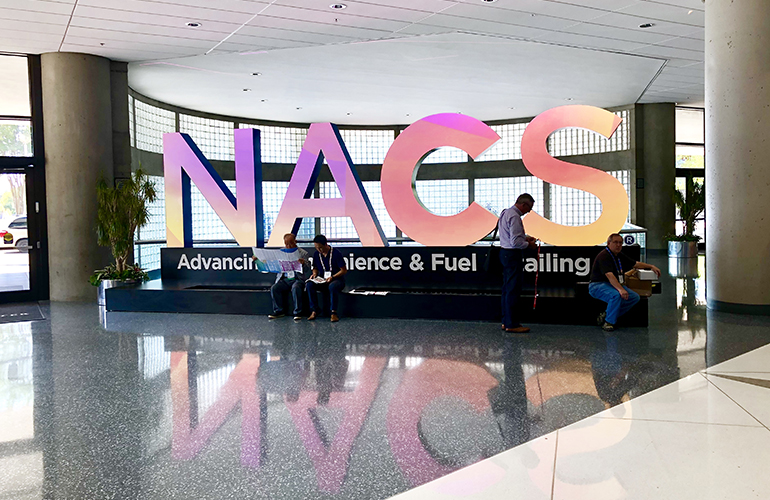 The 2019 NACS Show, Oct. 1-4, kicked off in Tuesday in Atlanta at the Georgia World Congress Center.

In a time when many retail channels are aggressively targeting the convenience-oriented shopper, it is more critical than ever for convenience operators to have the right products, at the right place, at the right time to meet consumer needs.

James represented the retailer perspective, while Nolan represented the supplier. Both emphasized the important of working together and developing a partnership. The goal is to satisfy the customer and grow the category overall. 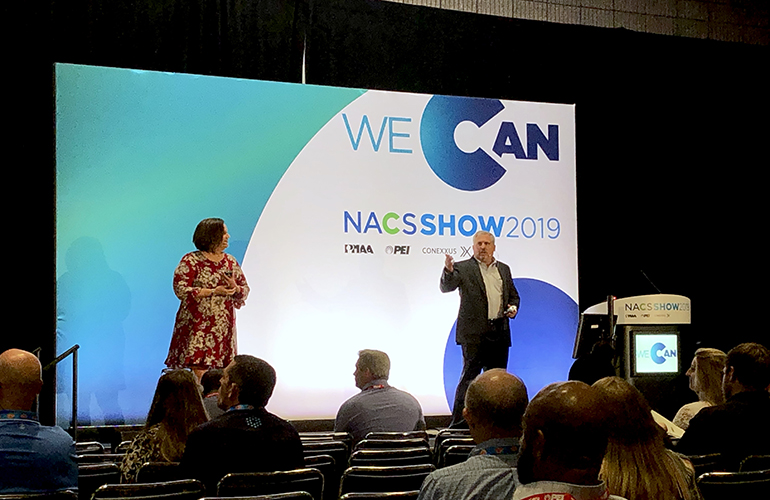 “The category is a pie,” said Nolan. “Hershey is a slice of the pie.”

They also said that c-store retailers can learn from other channels.

“Category management is all about comparing and contrasting,” said Nolen. “What is doing well that we can take other places?”

Exploring the Store of the Future

In the education session, “Exploring the Store of the Future,” Michael Sansolo, Research Director, Coca-Cola Retailing Research Council, spoke about the Council’s findings and projections for the future of retail.

The Coca-Cola Retailing Research Council of North America examined the challenge of digital commerce and changing customer shopping patterns with an eye on how to create a winning shopping experience for the future.

A big piece of this is looking for ways to combine the benefits of emerging technology, such as artificial intelligence (AI), augmented reality and 55, into the  shopping environment to create new levels of targeted service and shopper satisfaction. 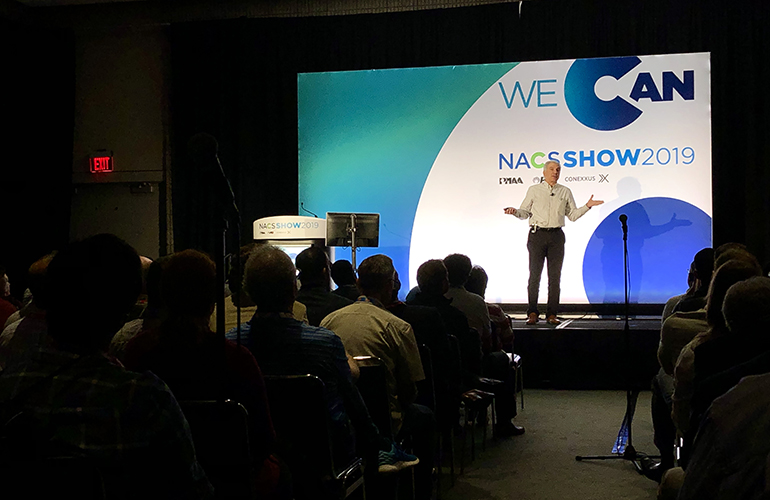 Sansolo said that the meaning of “convenience” is rapidly changing.

“We are seeing massive changes in what people want and expect out of us,” he said. “What’s considered extraordinary today, in 10 years, will be expected and ordinary.”

Sansolo gave examples of companies that are utilizing these types of technologies effectively today, including Amazon and Netflix.

He noted that AI should not replace customer service.

“People still have the desire for relationships and community,” he said.

The key, he said, is to create memorable experiences through customer service, which will build loyalty and encourage the customer to return.

Be Seen, Be Heard: Optimizing Your Media Budget

In the education session, “Be Seen, Be Heard: Optimizing Your Media Budget,” Steve Gamble, Sr. Manager of Advertising and Production Services for Wawa, Derek Gaskins, Sr. VP of Merchandising and Procurement for Yesway and Chris Hartman, Director of Fuels, Forecourt, & Advertising for Rutter’s outlined best practices for investing in media.

They gave examples for yearly media budgets of $100,000, $500,000 or $1 million, respectively, and advised retailers who may have similar budgets on how to get the most out of their money.

Hartman spoke about the initial steps, including developing a strategy and tailoring the message to individual customers.

“Marketing requires a strategy,” he said. “We start with, ‘What’s the problem you’re trying to solve, and what’s stopping you?’

With a smaller budget, Hartman recommended spending the majority on digital media, including social media and web ads.

He recommended avoiding traditional media, such as newspapers, as the results are more difficult to measure. 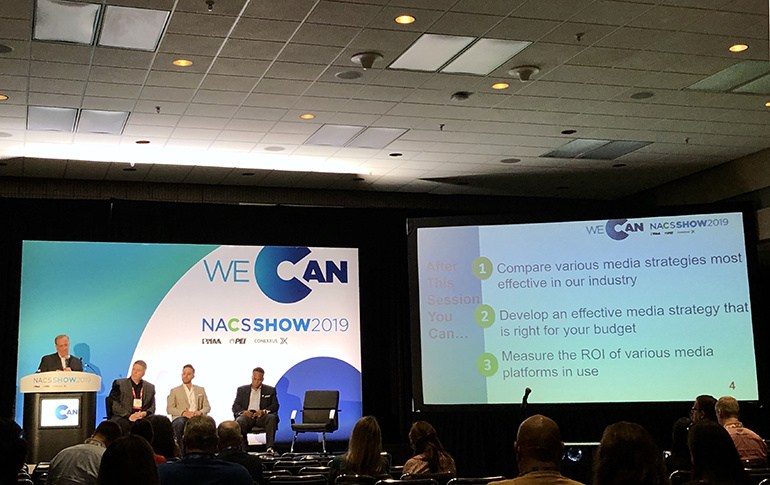 Gaskins said to start with the three Cs: customer, competition and convenience.

“Know thy customer, first and foremost,” he said, noting the importance of customer feedback.

Like Hartman, he emphasized the importance of digital media but said not to discount traditional media as a way to get through to some customers, “especially if your competition isn’t.”

He urged retailers to embrace change.

“As convenience has become redefined, I think that our media has as well,” he said. “You have to embrace change. Change is the only constant.”

Gamble spoke about Wawa’s success and how it measures itself against companies like McDonald’s and Dunkin’ Donuts as the seventh-largest coffee retailer by volume in the U.S.

He said it’s important to use tailor the message to the media form.

“Use the most efficient media available to increase awareness and drive traffic,” he said. “It doesn’t make sense to put a billboard on television. … Tailor your message by channel.”

At the General Session, keynote speaker Jim McKnight asked attendees, “How can you become the ‘business of choice’ in your location?”

He said that employees’ behavior makes all the difference. Retailers should help employees read the customer, strive beyond mediocrity, become guest-obsessed, and turn a customer into a fan.

“The ultimate outcome has to be that the customer gets their world rocked,” he said. “But that starts internally.”