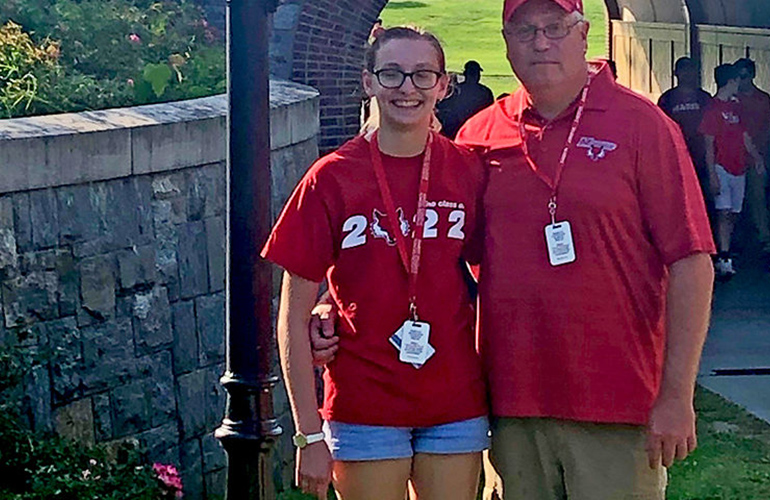 Kaylee is pictured with her father, Rick Miller, Director of Operations for Clifford Fuel Co. Inc.

Cliff’s Local Market announced that Kaylee Miller, one of its team members, has won the New York Association of Convenience Stores (NYACS) Scholarship.

Miller is a two-year employee of Cliff’s Local Market and is attending Marist College.

The NYACS Scholarship Foundation awards the NYACS Emmy Seng Scholarship annually to a qualified student who is either an employee, or immediate relative of an employee, of a retail or supplier company that is a current member of NYACS. Preference is given to applicants residing in New York State.

This $2,000 scholarship supports higher learning for a goal-oriented individual who best demonstrates academic achievement, community involvement, financial need, and qualities of spirit and success identified with the convenience store industry.