Customers’ expectations are higher than ever, especially when it comes to foodservice.

To stay competitive and see lasting success, c-stores must know the market, the customer, the trends, as well as introduce limited-time offers (LTOs).

With permanent menu items and LTOs alike, data-tracking is key to determining which items are most popular and profitable.

“We have many regulars at our Hank’s locations, and they are quick to tell you whether they think something is good or bad,” said Jami Jordan, vice president of Scrivener Oil Co. Inc., the parent company of SIGNAL Food Stores.

Plus, she said, it’s important to know your brand’s limitations. “We tried hard to get a fish sandwich off of the ground, but we found that good bread is key, and we aren’t equipped to bake fresh bread every day.”

Derek Thurston, director of foodservice for New York-based Cliff’s Local Market, said he’s “constantly looking at the menu” to determine which items to include or remove. He pays close attention to price fluctuations and runs a menu margin analysis report.

For example, Cliff’s discontinued a few sandwiches that used cream cheese as a topping.

“When you’re making a whole tub of cream cheese to do a topping for a sandwich, it doesn’t make sense,” said Thurston. “So we’ll cut items, which improves profitability, and it makes better margins for us.”

Other times, knowing your market is more important than knowing the trends.

“We have learned that items that relate to our (Hank’s Chicken, Fish & More) brand work best,” said Jordan. “For example, adding ‘Hot Chicken’ to our menu to give customers a new take on chicken makes much more sense than adding hamburgers.”

The No. 1 seller is chicken tenders, but they also sell a lot of catfish, livers and gizzards, which, Jordan learned, many Hank’s customers grew up eating.

The most popular sides at Hank’s are mashed potatoes and potato wedges, but the brand also offers several seasonal items and LTOs, such as coleslaw for summer.

“We like to offer a variety of sides to give our customers options,” she said. “We started offering macaroni and cheese as a winter item, but it sold so well we kept it on the menu.” 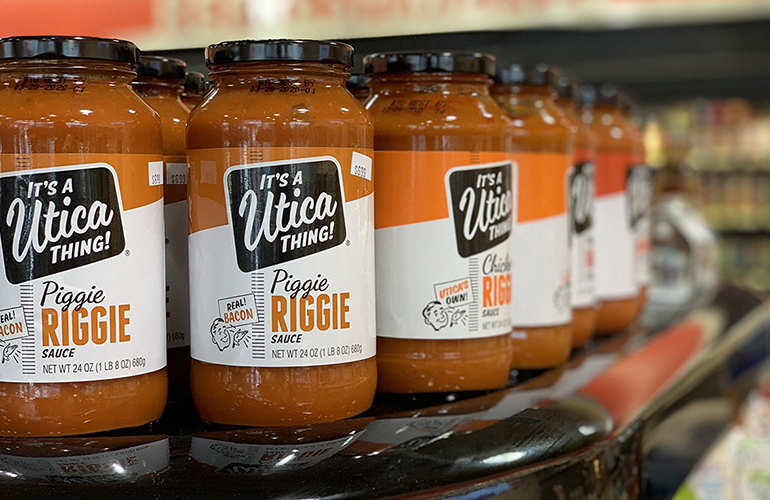 Cliff’s Local Market offered an LTO featuring cheesy garlic bread and a sauce from a local brand, It’s a Utica Thing, which Cliff’s sells as a retail item.

Rodriguez said chicken, due to its universal appeal, makes a great platform for other trends. She also pointed to spicy food, Southern cuisine and barbecue as current trends in the c-store space and beyond.

Before that, the chain did an LTO featuring cheesy garlic bread and a sauce from a local brand, It’s a Utica Thing, which Cliff’s sells as a retail item.

“It was a really cool promotion because we’re a local brand. DiOrio’s, our pizza supplier, is made locally in Utica, and the sauce was made here, too,” he said. “So it’s three local companies doing a collaboration together.”

The chain recently started offering a craft bubbler program, which Thurston said is a complement to the soda fountain and comes in a range of rotating flavors, including orange passion fruit, ginger pear, blackberry lemonade and raspberry hibiscus tea. 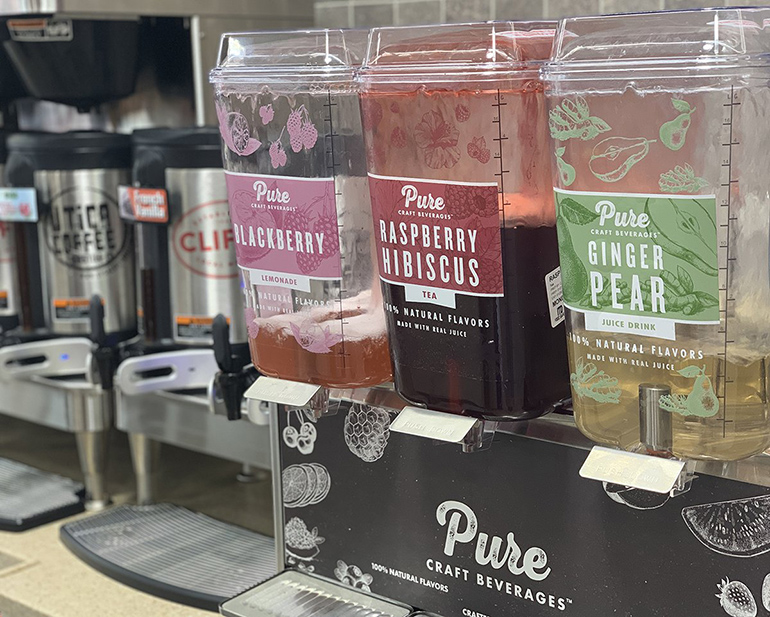 Derek Thurston, director of foodservice for New York-based Cliff’s Local Market, said he’s “constantly looking at the menu” to determine which items to include or remove. The chain recently started offering a craft bubbler program as a complement to the soda fountain

“My thought process with that program is, ‘We’re a 19-store chain. Compare us to Circle K, who does 79-cent any-size fountain drinks — that’s not something that we’re going to be able to do just because we don’t have that buying power to be competitive,’” said Thurston. “But we have this pure craft program using real sugars, natural flavors. Yes, we’re a little bit higher on our price point, but we do offer an elevated drink option.”

Other premium options include cold-brew and nitro coffee. While the bubbler program is popular among consumers of all ages, Thurston said nitro has some catching up to do.

“I do notice with the cold brew, the nitro side is a little bit of a barrier just because consumers aren’t even quite sure of what it is yet,” he said.

Sometimes increased exposure — even from another company — can boost sales.

“Starbucks is doing nitro, so that will actually build awareness for my offering,” Thurston said. “When (customers) walk into my store, they’ll be like, ‘Oh, okay, yes. Cold brew, nitro. I know what that is. I saw that at Starbucks.’”

Besides, he said, Starbucks isn’t a direct competitor in his retail markets. “We’re more Dunkin’ country.”