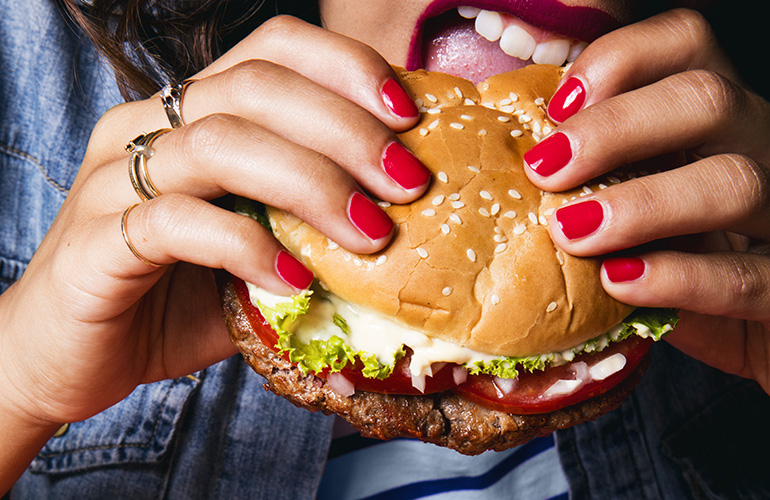 The burger pictured is made with plant-based meat from Impossible Foods. According to market research company NPD Group, nearly 90% of plant-based consumers also eat traditional meat and dairy.

With foodservice now a core component of the convenience landscape, c-store retailers are watching the abundance of food trends vying for prominence in 2020. Which concepts will dominate menus in the year ahead? C-store operators are working to identify, test and implement the most promising concepts.

Among these trends, plant-based continues to gain momentum, with companies like Impossible Foods and Beyond Meat appealing to vegans as well as traditional meat-eaters interested in plant-based alternatives.

Fresh food consumption is also expected to grow, with customers asking new questions about what’s in their food and how it’s made. Even traditional c-store staples are getting innovative updates.

Meanwhile, international foods are becoming more mainstream, and new styles are expected to emerge, thanks to the diversity of young consumers.

What’s more, technology is becoming increasingly important in the c-store space as more c-stores look to third-party delivery to not only add a greater level of convenience but also attract new customers that may never step foot in-store.

As foodservice grows, more chains are adding open kitchens with made-to-order food, along with seating for customers looking to eat on-site.

Several c-stores introduced new plant-based options to menus in 2019, and more plan to follow in 2020.

A recent study, titled “Plant-Based Foods: Assessing the Opportunity, 2019” by research consulting firm Foodservice IP found that, while plant-based foods were relatively small in c-stores in 2019, $75-80 million in consumer spend, the category as a whole is rapidly growing across all segments.

According to the study, roughly a quarter of c-stores already offer plant-based entrees and sandwiches.

“I think everybody is getting into plant-based, vegan,” said Jon Cox, chief merchant and senior director of merchandising for Pittsburgh-based GetGo Cafe + Market. “We consider it part of the mainstream.” 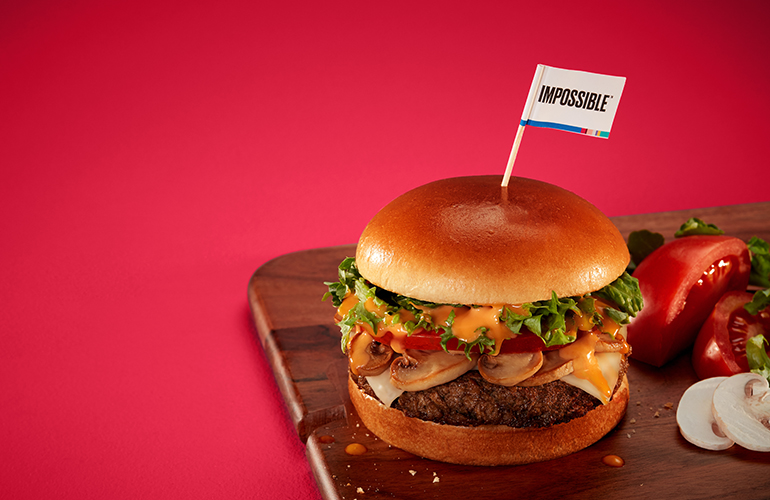 GetGo began testing its plant-based burger from Impossible Foods in 2019.

Cox said customer response to the menu item was better than expected, with the top store averaging sales of more than 100 per week — roughly 20% of overall hamburger sales at the location.

The chain plans to roll out the Impossible burger to all of its 265 locations in Indiana, Maryland, Ohio, Pennsylvania and West Virginia in 2020.

But not all c-stores have had the same success with plant-based offers.

Ultimately, the offer didn’t do well, and the chain has since discontinued it.

“Customers are saying this is what they want, but compared to the monster amount of sales we do in regular burgers, the vegetarian offerings weren’t moving,” said Git’N Go CEO William Baine.

He said the key, in cases like this, is to track the data to determine what customers want in your area, rather than listening to what might be a vocal minority.

“It may just be our market because we’re more rural versus urban, where you might find a more health-conscious or vegetarian population,” he said.

Julie Heseman, principal of Foodservice IP, agreed location plays a big role in the adoption of trends, and rural environments may be several years behind urban. But, she said, it depends heavily on the product as well. 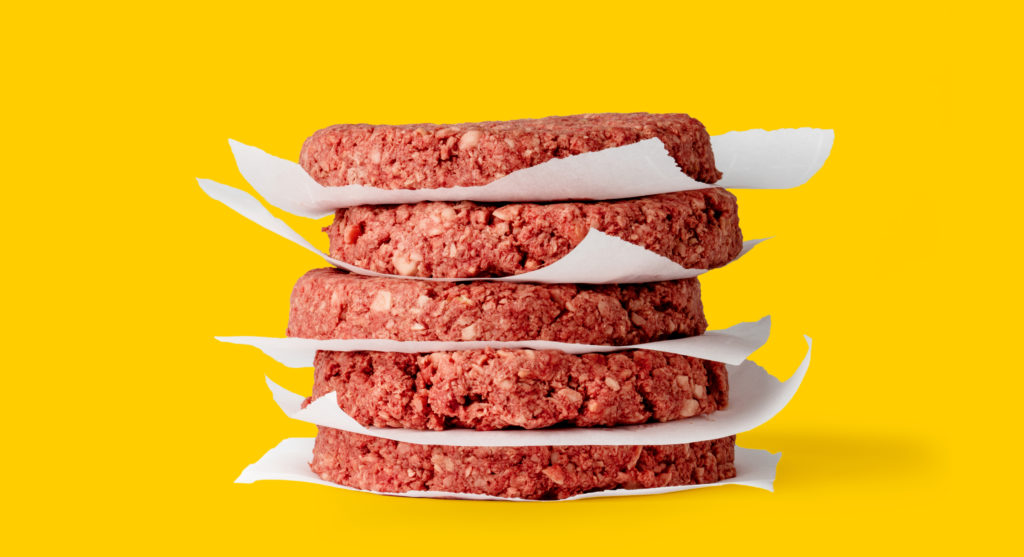 According to research consulting firm Foodservice IP, while plant-based foods were relatively small in c-stores in 2019, $75-80 million in consumer spend, the category as a whole is rapidly growing across all segments.

“Black bean burgers have been around for a long time, and I think the reason that they haven’t taken off is that they’re not the same,” she said. “It’s not the same texture, it’s not the same taste or mouthfeel as biting into Impossible or Beyond burgers, which are meant to be much more similar to a traditional beef burger patty.”

Heseman said that c-stores’ best bet for successfully introducing plant-based products is to start with those that are meant to mimic the taste and texture of meat in order to appeal to the average, meat-eating consumer who, for any number of reasons, may be looking to reduce their meat consumption.

After all, according to market research company NPD Group, nearly 90% of plant-based consumers also eat traditional meat and dairy.

And while Impossible and Beyond seem to have a duopoly at the moment, Heseman said to keep an eye out this year for more companies emerging — and for other protein categories, too. Plant-based chicken, pork and seafood are on the horizon for 2020, she said.

Across the industry, even traditional c-store staples are getting a better-for-you twist. Products that are not necessarily healthy can still be fresh. They can be high-quality. They can be made on-site, with clean or even local ingredients. 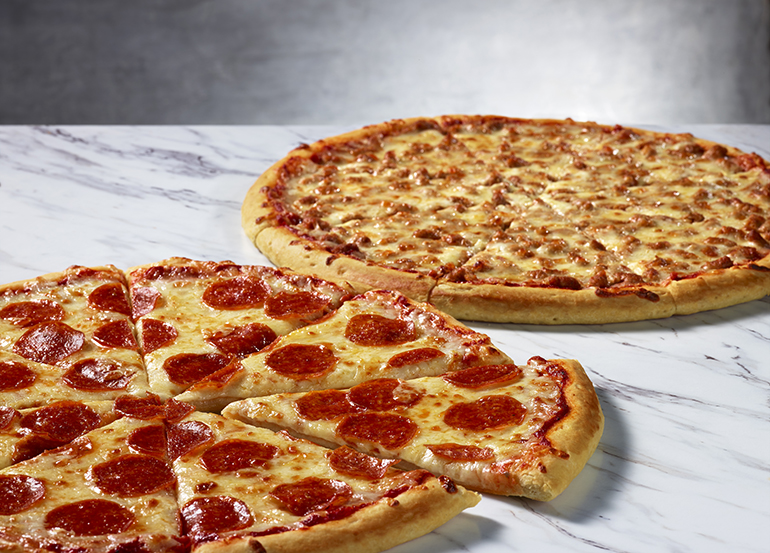 For example, pizza might not be healthy, but at Ankeny, Iowa-based Casey’s General Stores, it’s always fresh.

“We only use fresh, never frozen, dough for our traditional crust, and high-quality sauce, toppings and whole-milk mozzarella cheese,” said Tom Brennan, chief merchandising officer for Casey’s, which operates more than 2,000 stores in 16 states.

La Plata, MD.-based Dash In focuses heavily on freshness and transparency at its 50+ c-stores in Delaware, Maryland and Virginia. The chain plans to expand its “neighborhood stores” concept, which includes an open kitchen in the center and a wide variety of made-to-order, fresh and grab-and-go items, across all locations in 2020.

“In general, consumer attitudes are changing when it comes to food,” said Barbara Nova, director of food and beverage for Dash In, adding that transparency of ingredients and product origination is “one of the biggest growing influencers driving consumer food purchase behavior today.”

“We’re constantly testing and retesting items just to see how we can make a product a little better, a little fresher,” said Baine. 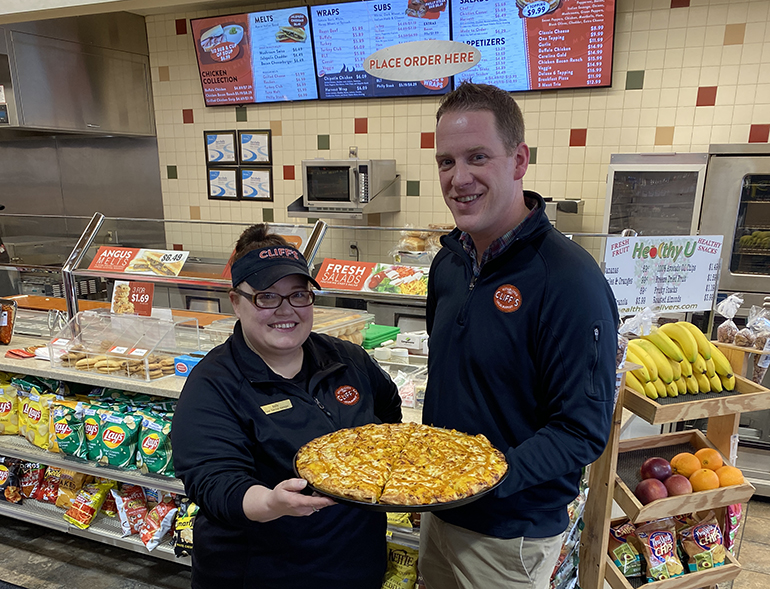 Cliff’s Local Market uses a local dough supplier for its pizza, which it makes in-house. The chain is adding a cauliflower-crust pizza that’s both plant-based and gluten-free to its menu this year.

Marcy, N.Y.-based Cliff’s Local Market uses a local dough supplier for its pizza, which is made in-house, as well as clean-label cheese.

This year, the chain will debut cauliflower-crust pizza that’s both plant-based and gluten-free.

“The more clean-label stuff that we can have, the better,” said Derek Thurston, director of foodservice for Cliff’s. “You have to charge a little bit of a higher price point, but that customer who is looking for those items is willing to pay more. … We still cater to ‘Bubba,’ too. But I’d like to have options for pretty much every lifestyle and every person.”

Rockford, Ill.-based Road Ranger, which operates 39 locations in the Midwest and Texas, offers a popular pizza program called Dan’s Big Slice, as well as other c-store foodservice staples at its Road Ranger Kitchen. But a few years ago, Vice President of Marketing Ryan Arnold decided the chain needed a new option that would focus on freshness and play into the international foods market. Enter, Tejas Taco Company.

“In today’s market, I just don’t see how you can develop a food program and not offer the highest-quality ingredients,” said Arnold. “That’s why we make the tortilla shells fresh in-house. It’s why we cook all the food in the back, on the grill.” 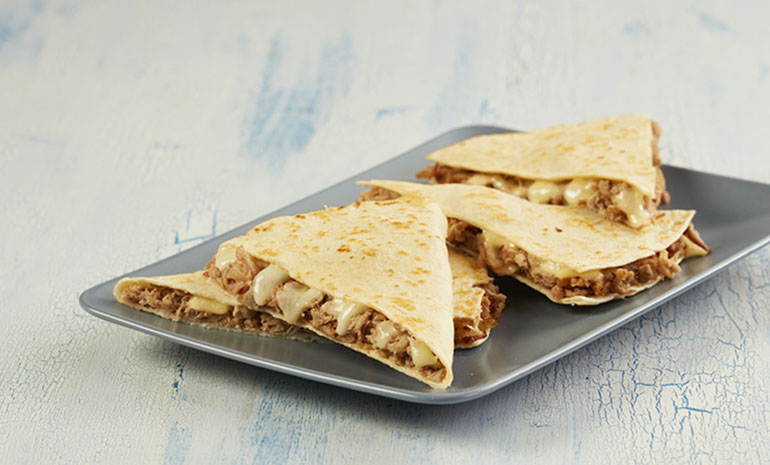 According to the U.S. Census Bureau National Population Projections, in 2020, less than half (49.8%) of the U.S. population under age 18 are projected to be non-Hispanic white, compared with three-fourths (76%) of those age 65 and older.

“As they gain more spending power, and as they age, I think international foods and fusion foods are going to be really standard for them,” said Heseman. “That’s going to be what they’re expecting.”

Heseman said a great way for c-stores to introduce international foods is through fusion techniques.

Another example: Casey’s Taco Pizza, which is one of the chain’s most popular specialty pizzas. In addition to following trends, Brennan said the company gets feedback daily through its guest relations team as well as social media. 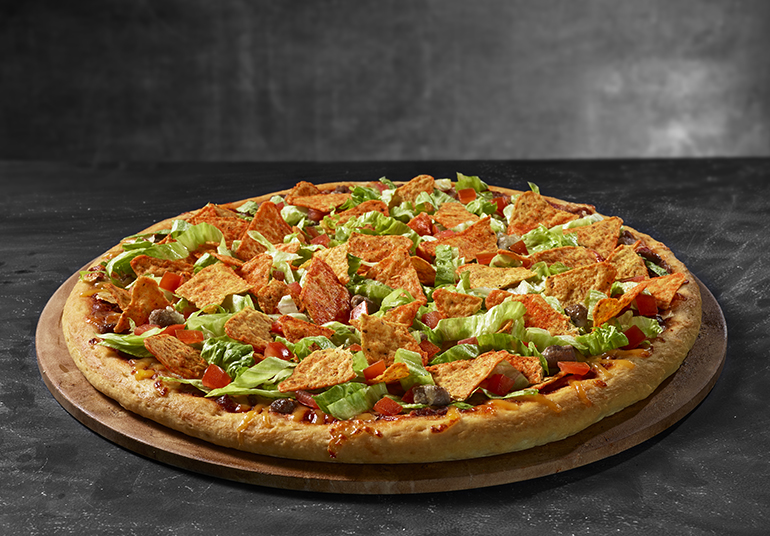 “We know guests are looking to explore new flavors and toppings while also expecting us to have their longtime favorite pizza when they want it,” Brennan said.

Meanwhile, on the East Coast, Alltown Fresh, which operates four stores in Massachusetts and Connecticut, offers a few Asian-inspired sandwiches and bowls, such as its Korean Kimchi bowl and its Siam Sunset bowl, both of which are entirely plant-based.

South Asian food, such as Indian, lends itself well to both the plant-based and bowl trends, said Heseman, so keep an eye on that in the years to come.

“Like all trends, it’s making its way in the urban areas right now,” she said, “which means, in the next five or 10 years, it’s going to be more widespread across the entire country.”

Technology will continue as a key player in convenience foodservice this year, with chains of all regions and sizes working to provide kiosks and in-app payment, then looking to delivery as the next step.

Jordan Harrell, director of transportation and manager of foodservice technology for Ahoskie, N.C.-based Jernigan Oil Co. Inc., which operates 54 Duck Thru Food Stores, said the company has been working to install order kiosks at its sites that offer foodservice.

Younger generations see this technology as increasingly important, Harrell said, but there’s been some pushback among older customers. The key has been training and communication.

“We have a lot of people come in and say, ‘Well, I want to continue to talk to people.’ And we say, ‘We encourage you to continue talking to people,’” said Harrell. “We’re not putting this here to take anyone’s job. We’re putting it here to increase efficiency in the kitchen and to increase order accuracy. And it’s really done that.”

The chain is now working on mobile ordering, with plans to roll out the feature in the first quarter of this year.

“We’re trying to get our kiosks pushed out, hopefully by the end of 2020, and then we’ll also be working on our mobile ordering,” said Harrell. “Besides that, we just keep on trucking along with our kiosk install. It’s a big, big process.” 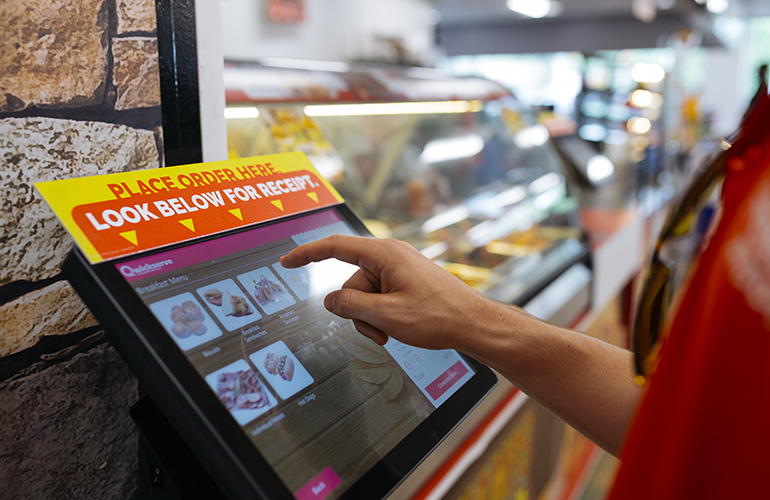 Ahoskie, N.C.-based Duck Thru Food Stores has been working to install kiosks at its stores that offer foodservice. The company also plans to roll out mobile ordering in the first quarter of this year.

Fortunately, it’s likely to pay off. Some 84% of fuel shoppers like the idea of pre-ordering items ahead of time or at the pump, according to Coca-Cola’s Pump-to-Purchase report.

Cliff’s Thurston said the chain is looking at both in-app ordering as well as third-party delivery through Grubhub. It plans to begin testing the latter early this year.

Some smaller chains see the cost of third-party delivery as a barrier. But to Thurston, it’s worth it.

“I think it might open us up to a new clientele that we’re not getting — that person who doesn’t want to come into the convenience store,” he said, “because there’s still that stigma for some people. So if we can get our brand out there, to more people, then I’m willing to pay that cost to expand exposure and build our brand.”