Whether it’s proprietary or co-branded, made to order or grab and go, foodservice is an increasingly important part of the convenience industry. Retailers consider their options and work to expand foodservice menus and availability.

To date, Wisconsin-based Kwik Trip has rolled out its new proprietary chicken program to 450 of its 600-plus locations, with plans to offer the program at all stores by October.

“We felt the timing was right to take our food program to the next level,” said Kwik Trip Retail Food Service Director Paul Servais.

He noted that there were more than a few factors that went into that initial decision back in November 2018 — namely, Kwik Trip’s in-house resources: strong foodservice teams and leadership in all stores, a robust food safety program and training department, great corporate infrastructure, a chef to create the recipe, procurement to find and secure chicken suppliers, its own distribution to move the fresh chicken to stores, design teams and buyers to find the right equipment and get it installed.

The recipe was nailed down in February 2019, and the program was added to the first Kwik Trip store. Nine more stores were added in March and April 2019. By June 2019, there were 25 stores with the program and a plan in place to roll out to all stores by October 2020. 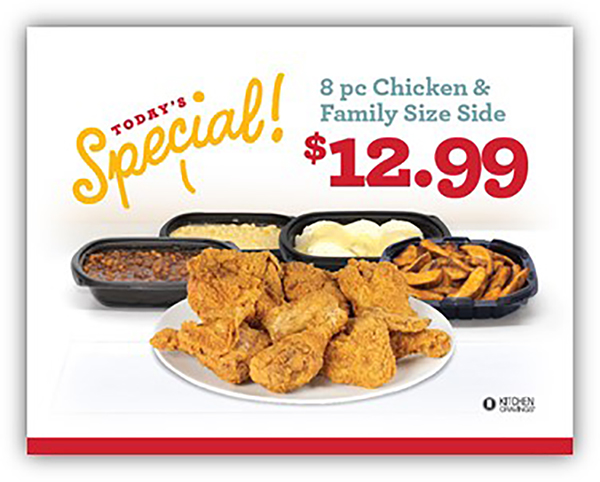 “Customer response has been unbelievable,” said Servais. “… Chicken has given our whole food program more credibility, and instead of cutting into sandwich sales (burgers, pizza, etc.), we are selling more of this, too.”

While not all of its 26 locations have the space for new programs, Cruizers Director of Food Service Chris Postlewaite, who joined the North Carolina-based chain in May from Texas-based CEFCO, foresees expanding Cruizers’ chicken program to all future locations.

He said the chain is “still trying to develop a brand and identity around foodservice” but will focus primarily on chicken and pizza.

“I would say of the 26 stores today, we probably only have maybe six that are heavy in foodservice, and we want to be able to expand that,” said Postlewaite.

Currently, Cruizers operates a fresh, hand-tossed pizza program in four of its stores, which Postlewaite plans to roll out to more locations “as soon as possible.” As for chicken, the focus will be on grab-and-go convenience, but Postlewaite’s not ruling anything out.

“We’re going to concentrate more on tenders than we are bone-in chicken, but we also don’t want to limit ourselves in some locations where bone-in chicken may be an opportunity for us,” he said. “I’m going to sit back and evaluate and figure out exactly what Cruizers is best at and expand on that offer.”

Kwik Trip’s best-sellers are the three-piece tenders and two-piece bone-in dark meat. But the chain also added a meal deal — eight-piece chicken and family side — as well as rotisserie-style whole chickens, with plans to expand to all locations by October.

“We offer these hot in our cases during afternoon drive time and have a $9.99 whole bird and family side combo that is gaining strength,” said Servais.

While he sees a proprietary program as the best option for Kwik Trip, Servais recognizes that co-branded programs can be a great alternative for other retailers.

“These companies have a plug-and-play program and the expertise to help you be successful,” he said. “If I were out on my own, I would not hesitate to use a branded program — a much shorter learning curve.”

Cruizers operates a Subway at one of its locations, and Postlewaite has experience with numerous other quick-serve restaurants (QSR).

Like Servais, he believes branded foodservice can be a great option for some c-stores, “when you’re getting started, but even if you’re a larger chain.”

“I’ve mocked a lot of my training materials that I’ve used in the past from Subway because they’re the largest franchise, I guess, in the world. They pretty much have it down pat,” he said. “Modeling things around what some of the national brands have done can be very beneficial.”

Mike Singhani, manager of Homerville, Ga.-based One Trip, which operates two stores, chose to partner with Krispy Krunchy Chicken back in 2015 because of the quality of the food, first and foremost, and the lower startup cost. 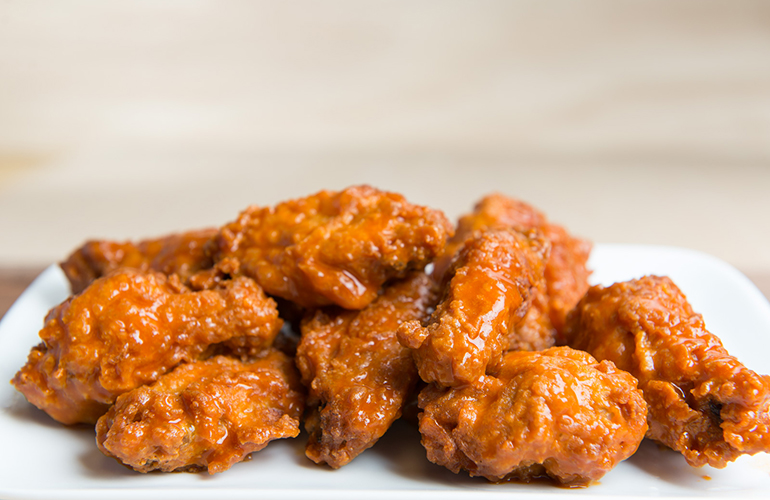 “Having a brand image always helps,” he said. “It’s the benefits of having a bigger franchise, but not the cost. … It just works for us because we didn’t want to start our own restaurant.”

He said the most popular Krispy Krunchy products among customers are the wings and the tenders.

Among other operational challenges, COVID-19 has affected many retailers’ foodservice programs. But Servais said Kwik Trip’s chicken has remained strong, along with an increase in larger orders.

“With so many food options closed, guests quickly found our fresh fried chicken and have supported it,” he said.

Cruizers temporarily suspended some foodservice options, including roller grills and self-serve drink refills. But, like Kwik Trip, its chicken program has been growing, along with other grab-and-go items, Postlewaite said.

And while, on a personal level, starting a new position during a global pandemic has been “a little isolating,” he remains optimistic, for his role and the industry overall.

“Being in convenience stores, things change every day, every month, every week, every year, so you just roll with it,” he said. “I think that there will be some adjustments that we’ll have to make, but in c-stores, I don’t think it’s going to have quite the impact that it may have in other environments.”