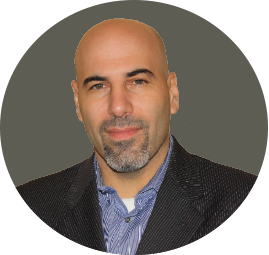 For the first time in 24 years I will not be joining the industry at the National Association of Convenience Stores (NACS) Show this year in Las Vegas as the COVID pandemic has claimed yet another industry gathering.

On paper, it’s just another show in a long line of canceled conferences since March, but in reality, it is so much more because NACS has always served as a four-day celebration of the hard work the industry does every day. Together, we got through 9/11 and Hurricane Katrina and we moved forward to celebrate work, life and each other at a NACS Show. But this year we were felled by an invisible virus. As humans, we are wired to respond to immediate danger, like the earth rumbling beneath our homes or storm clouds raging from the heavens. At least then we have some control of the aftermath. But it’s so much tougher to realize you’re powerless over an infection that has ravaged so many far and wide.

There is hope on the horizon, especially as the industry collectively can be proud of the work it has been doing these past eight months. Throughout all the madness we’ve encountered since March, few things in the world of business or life in general have been as consistent as the convenience store industry. In the face of danger and uncertainty, you and your teams gallantly went about your business stocking shelves, providing fresh food and fuel, and even offering a comforting shoulder to people who desperately needed some comforting.

The country may have slowed, but our resiliency as an industry is on full display. It was such a rush for me to get back out on the road last month. Over the last five weeks I’ve had the opportunity to visit new GetGo stores in Pennsylvania and Ohio, visit the new-to-industry Chestnut Market brand in New York and travel down to Savannah, Ga., to spend time with Greg Parker and his executive team at Parker’s.

At each stop, I was blown away by the optimism these retailers share for the future. Things got so bad in March and April that I would completely understand if some chains were ready to throw in the towel. Instead, what I hear from marketers across the industry is that they are emerging from this pandemic better, smarter, stronger operators.

Honestly, I expected nothing less.

Doug Galli, chairman of our National Advisory Group (NAG) and vice president of Crosby Reid Stores, operates in one of the markets hit hardest by COVID-19. Upstate New York lost scores of jobs and saw fuel volumes plummet from March through June. But after a couple of tough months, Doug has joined the growing chorus of optimistic operators once again excited about the potential this industry has to flourish. That’s the winner’s mentality I’m used to writing about.

The spirit of the convenience store industry cannot and will not be broken. If you ever wonder if your hard work or your commitment to outstanding service and employees is making a difference, I’m here to tell you that it is because I see it on the faces of the customers I see in your stores every day. I see it on the faces of your employees who are proud to represent your brand and take care of the communities you serve. To me, this is the very best of what America has to offer. In the face of a deadly virus that has claimed the lives of hundreds of thousands of Americans, we continue to persevere, respect one another and get the job done. It’s a tremendous honor to be associated with the work you’re doing. So while we will not be meeting at the NACS Show this year, know that we don’t need a conference to celebrate your commitment to retail excellence.

Our good friend Phil Gates had surgery in August to deal with some longtime health issues. If you don’t know Phil personally, you have definitely seen him at a trade show or somewhere drinking a Coors Light. You’ve got this Phil. All your friends at CSD and across the industry wish you well.