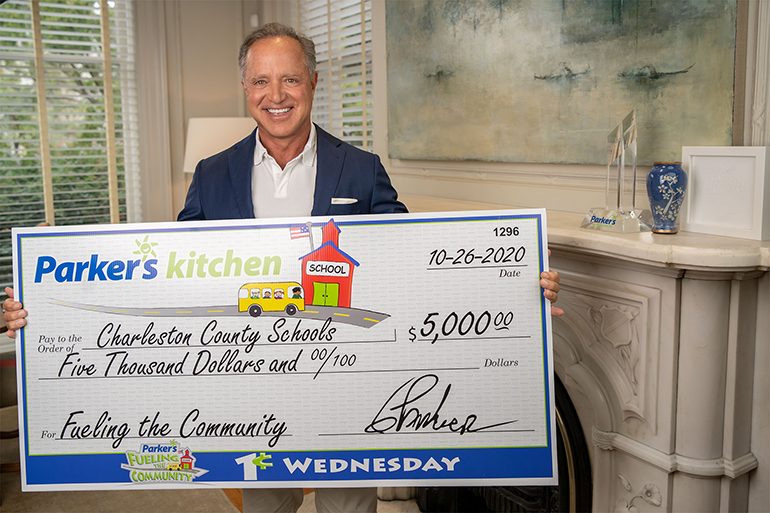 Charleston, S.C.-based Parker’s Kitchen, CStore Decisions’ 2020 Chain of the Year, recently donated $5,000 to Charleston County Schools in South Carolina as part of the company’s Fueling the Community program, which donates one cent of every gallon of gas sold on the first Wednesday of each month to local schools.

The check was presented to Charleston County Schools via Zoom video conference on Oct. 26 due to the pandemic. The donation is part of nearly $150,000 Parker’s is donating to schools in Georgia and South Carolina this fall.

“Giving back to the communities we serve is part of our DNA at Parker’s, and we think the best way to do that is through education,” said Parker’s Founder and CEO Greg Parker. “Education is truly the tide that lifts all ships. It empowers communities and fosters the next generation of leaders. We’re delighted to invest in Charleston County’s teachers and students through our Fueling the Community program, especially during these difficult times.”

Deeply engaged with the communities it serves, Parker’s endows the Parker’s Emergency and Trauma Center at Memorial Hospital in Savannah, Ga. In 2019, Parker’s also donated a record $5 million to create the Parker College of Business at Georgia Southern University.

Founded in 1976, Parker’s Kitchen is one of America’s most respected convenience store brands and is known for having the cleanest stores in the industry. Parker’s Kitchen serves award-winning Southern-inspired food, offers an acclaimed Parker’s Rewards program and gives back to every community where it does business through the Fueling the Community charitable giving program. The company employs more than 1,200 individuals throughout the region and completes more than 125,000 transactions daily.