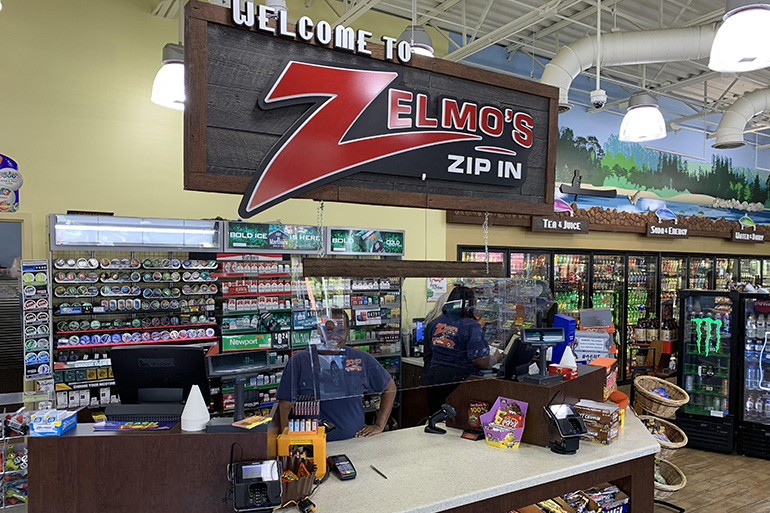 Whatley Oil Co., a family business spanning three generations, recently broke ground on its 12th Zelmo’s Zip In convenience store — its first site with unbranded gas that will tout the Zelmo’s brand from the forecourt to the c-store. The Columbus, Ga.-based chain is remodeling its fleet of company-owned stores in Georgia and Alabama and is set to build a new headquarters and bulk wholesale plant in 2021.

Having been in the wholesale fuel business since its founding in 1955, Whatley Oil Co. also partners with around 90 dealer locations in Georgia, Alabama and northern Florida, to which it either supplies fuel and/or leases property. At its company-operated sites, it partners with gas brands Citgo, Chevron and Liberty. 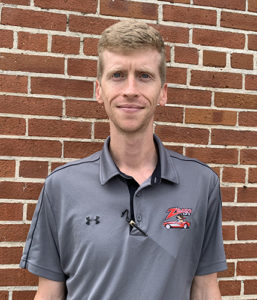 Whatley Oil was founded in January of 1955 by Bruce and Sara Whatley.

“My dad (Steve Whatley) was one year old when they founded the company,” said Slaton Whatley, director of operations for Whatley Oil Co., and the third generation to join the family business.

Whatley’s dad, Steve, officially joined the company in 1976, upon his graduation from the University of Georgia. “His joke was that he graduated at noon and was working by 2 p.m. that day in the business. … My uncle, who’s the older of the two brothers, joined in 1993 after 20 years as an army helicopter pilot,” he said.

Today, Steve Whatley helms the company as the president and CEO, while Greg Whatley is a co-owner in the business. Their mother, Sara Whatley, continued working in the family business five days a week until about a year ago, when she turned 92.

Slaton Whatley is the first member of the third generation to join the family business. He brings a retail, tourism and software background to the company.

“There was nothing direct about my path to convenience stores,” he said, noting that like many next-generation c-store executives, he didn’t expect to join the family business. “I turned 30 and realized that I wanted to move home and be closer to my family. And I didn’t want to miss out on the opportunity to learn from my dad.”

Now, three years later, he’s immersed in daily operations. He trained under industry veteran Ralph Byrne, who was the former director of operations for Whatley Oil Co. When Byrne passed away suddenly, Whatley stepped up to the role.

The Whatley family forayed into the convenience store business back in 1999, acquiring their first site in Leesburg, Ga., a location they still operate today. 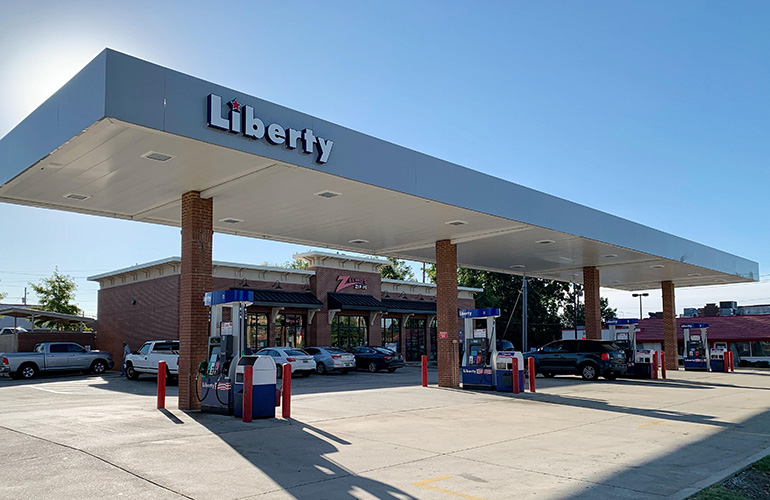 “It’s a very unique-looking store, and it turns out the gentlemen that we bought it from was a home builder initially who had started dabbling in convenience stores, so it has more of a ranch-style house look to it,” Whatley said.

While the Zelmo’s Zip In name existed on paper from the beginning, back in 1999, most customers still associated c-stores with the gas brand on the canopy. Six years ago, the Whatley Family began putting more emphasis on the Zelmo’s Zip In brand. A local art teacher created a logo for the company — based on a beloved family pet — which features a dog driving a car.

The name Zelmo was originally a high school nickname belonging to Whatley’s father, Steve, before it became the moniker for the chain.

“It’s turned into a whole other character,” Whatley said. “It’s taken on a life of its own at this point.” The logo is popular with customers and featured on merchandise sold in the store as well as on cups and on employee shirts and hats.

By the early 2000s, Zelmo’s Zip In had grown to three company-owned sites. When Chevron began to divest its retail locations around that time, the Whatleys purchased four of the sites in Columbus, Ga.

“That was our first foray into Columbus, Ga., which is a much bigger city than any place that we had ever operated,” Whatley said.

Then, in 2012, with nine acquisitions under its belt, Zelmo’s built its first new-to-industry store. Today, it’s under construction on its third new build, set to open in early Q1 of 2021.

“To me, the most exciting part of this store is we’re going all Zelmo’s,” Whatley said. “We’re not going to be partnering with a major fuel brand.” 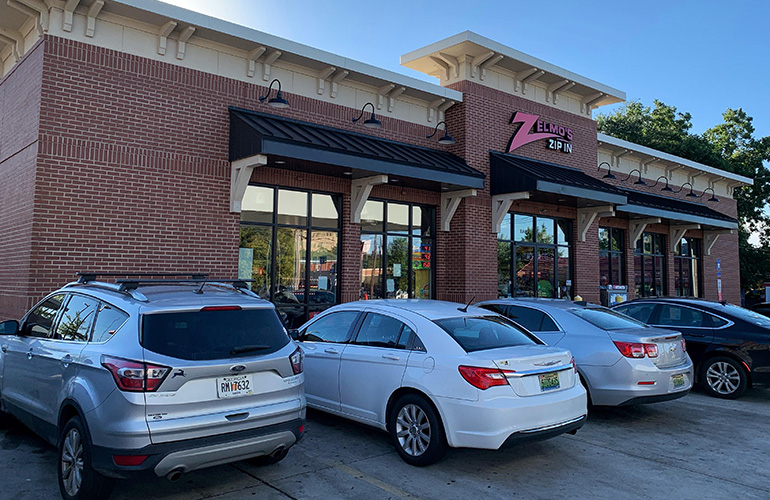 The move meant creating a new Zelmo’s-branded canopy design. The new site is expected to measure 4,200 square feet, plus an Arby’s quick-service restaurant, and is situated in a large, mixed-use development site on the northern end of the city that features residences, shops and restaurants. An outdoor bandstand in eyeshot of the store offers the potential to draw customers attending local concerts.

The move to unbranded gas made sense for the chain. “It seems to be the way things are going,” Whatley said. “If you’re partnering with a major fuel brand, it can be a little more challenging to compete with your fuel prices. If you’re selling a top-tier fuel and the store next to you is selling whatever they can get for the cheapest that day, it makes competition a little bit more challenging. And so those are some of the reasons we’ve decided to go that route for this particular build.”

Whatley hopes the new Zelmo’s will springboard the chain into introducing a number of similar unbranded sites over the next five years.

As the chain looks to grow, it’s not losing sight of its existing locations, which range in size from a kiosk store to nearly 4,000 square feet. Whatley Oil is remodeling its oldest stores to bring them up to date with a modern, industrial makeover.

Three remodels are currently underway, including at the chain’s first two sites. The redesign features exposed ductwork, metal and stone materials and large front windows, new countertops and cabinets and an overall lightening of the stores’ color scheme. The deli, fountain and coffee bars, as well as the checkout counter and restrooms, all receive updates.

“It was a little bit of luck. Twenty years ago, I don’t think anyone necessarily understood how big of a part deli was going to be of your inside sales,” Whatley said. “So we were fortunate that these stores were built to accommodate the equipment we needed.”

Two of the stores offer substantial kitchens allowing the chain to operate a proprietary Southern food program complete with fried chicken and mac-and-cheese, all cooked in-house.

“And another one that I’m particularly excited about is a small rural store,” Whatley said, referring to a store in a town of 1,000 people adjacent to the town where he grew up. “We are learning that any (food) we put in there seems to do fairly well but because there aren’t many options.” 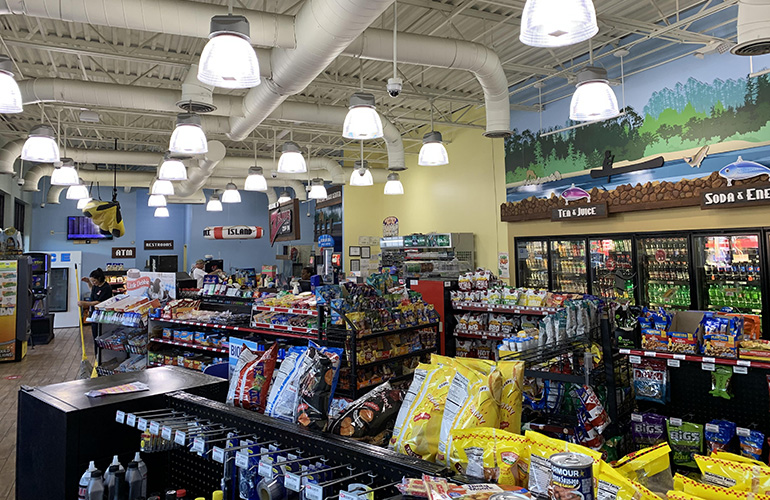 That store’s Taco Tuesday and Barbecue Ribs Friday have been big hits with local customers.

“We’ve had a lot of fun trying out fixed menus and plate options for our customers out of a relatively small kitchen space and have seen a lot of success there. That’s a unique store because there isn’t much around it,” Whatley said.

These three stores also feature Hunt Brothers Pizza programs. “That is really what kickstarted our deli program,” he said. “It’s been pretty amazing to see what we have been able to do working with Hunt Brothers and for a relatively small investment with one single piece of equipment — their pizza oven. Hunt Brothers has been a really good partner for us in the Southern stores.”

In Zelmo’s other locations, it has gone the co-branding route, finding it more practical to bring in expert brands to handle foodservice in its larger, city-based stores.

On the tech front, the chain recently began working with a company called ZenPut to improve operational efficiency. The app-based technology helps it track tasks in need of attention at the stores. Employees submit photos of maintenance issues, allowing for a speedy response. Each morning, Whatley combs through hundreds of images, solving big and small issues from empty soap dispensers to broken credit card readers.

At present, the chain is hitting the pause button on other technology rollouts as it focuses on operational consistency across its stores.

“We want to make sure that we’ve got the traditional way of business down to a science before we start branching out into delivery or being able to order your products through a mobile app or ordering online,” Whatley said. 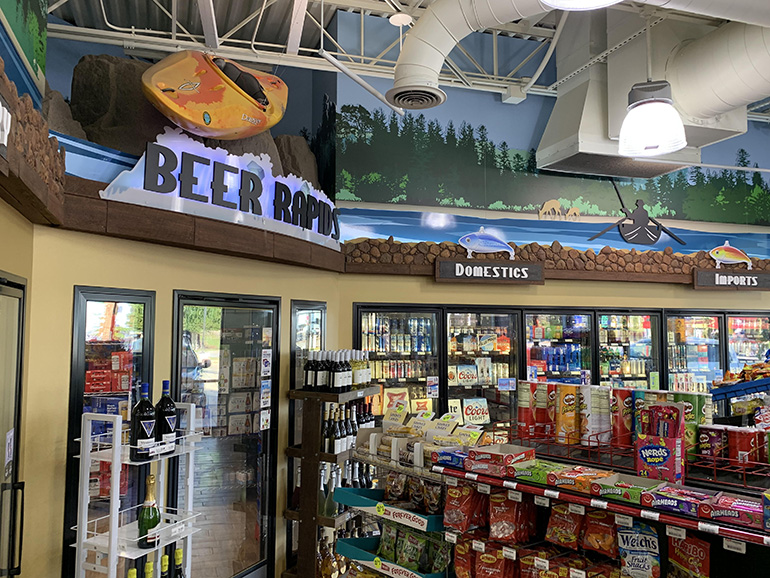 Despite the global pandemic, business is going well in 2020. While, like most c-stores, Whatley saw fuel sales suffer during the peak of COVID-19, inside sales have seen an uptick, which Whatley attributes to increased advertising across social media and television to ensure customers know it offers grocery essentials like toilet paper, eggs and milk.

In 2021, Whatley Oil is set to break ground on a new headquarters and wholesale bulk plant.

“We’re looking to open a newer, larger version essentially of what we have now to help support our wholesale side and hopefully provide space for us to grow our leadership team and administrative team on the convenience store side as well,” Whatley said.

Whatley sees the ongoing consolidation in the c-store industry today as motivation to “stay competitive, sharp and innovative.”

“We’re one of the few family-owned, privately-held chains in this part of the state right now,” Whatley said. “It’s something we’re proud of, and we’re trying to make sure that folks know we’re a local company. We are still a scrappy, lean, small company.”