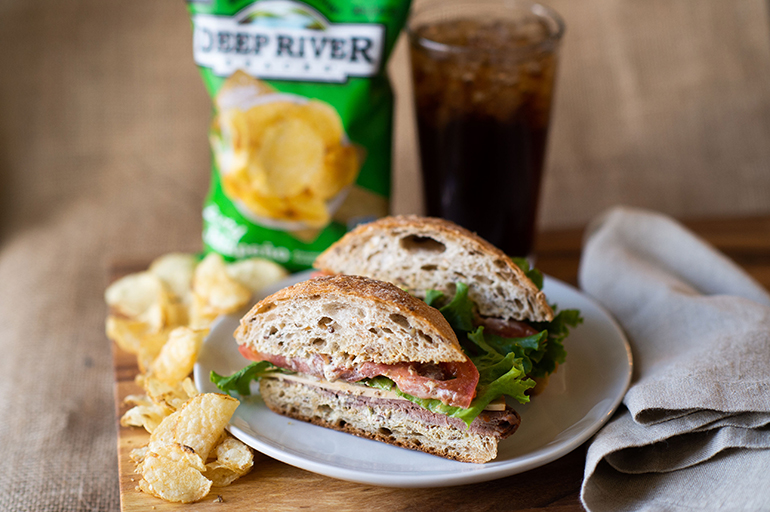 Even amid a global pandemic, c-stores are adding stores, kitchens, new technology and foodservice items, innovating to stay ahead of trends and avoid menu fatigue.

Thorntons Vice President Fresh Food Operations Brian Scantland said the Louisville, Ky.-based chain, with more than 200 locations in six states, is rapidly expanding its made-to-order foodservice operations. While all of its stores have some form of foodservice, fewer than half have a kitchen.

“We have 95 stores with a kitchen, and before the start of next summer, that number will grow to 155,” Scantland said. “When I joined the company three and a half years ago, there were 51.”

Thorntons is known for its burritos. In fact, Scantland said the top five or six best-selling items at its stores with kitchens are burritos.

Last month, Thorntons rolled out a line of three BurgerRitos — a hamburger-burrito fusion. Options include the Cheesy Breakfast, the Classic Bacon and the Spicy 3 Pepper.

“My team was in the lab, and they were hungry, but they couldn’t leave the office to go get food. One of my guys wanted a hamburger, but there were no buns. So he said, ‘I’m going to put it in a burrito,’ and everyone laughed,” Scantland said. “But he identified a ‘need-state’ for our guests. Now those three are among our top-five-selling items in the chain.”

Scantland believes it’s important to innovate on the menu. He comes from a quick-serve restaurant (QSR) background, where innovation is common, even as visits are spread out. In a typical QSR, he said, you might see a frequent customer once every 20 days. At McDonald’s, maybe once every 12. But Thorntons’ frequent guests visit four or five times
per week.

“If you’re not constantly bringing in new items, the assortment can get pretty tired to those folks,” he said. 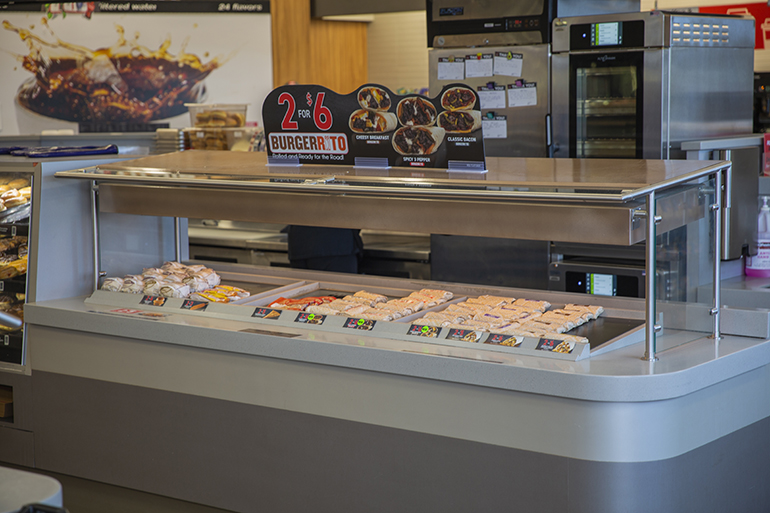 But there are, of course, operational challenges with constant innovation. And COVID-19 has only complicated things further.

“What we’ve really focused on is innovation that makes sense for the operator,” Scantland said. “The holy grail is when it’s new to the guest, it’s easily executed for operations, and it makes sense to our supply partners. That’s what happened with the BurgerRito. We introduced no new hand motions, no new ingredients, the supply chain was unaffected, and we were able to move very, very quickly.”

Fremont, Ohio-based FriendShip Stores is also working to innovate within its foodservice offering in a way that makes the most sense.

FriendShip is known for its fresh fried chicken, and Vice President of Foodservice and Marketing Kirk Matthews said the chain is looking for ways to add chicken to other menu items — for example, limited-time offers (LTOs) like the Tanqueray Chicken Wrap or the Barbecue Chicken Wrap.

FriendShip is also working with a local company to launch a proprietary line of sauces for its chicken, which is a relatively easy way to differentiate from other retailers, introduce new flavors and enable increased customization while still focusing on the core offer.

“There are all kinds of blends out there,” Matthews said. “We still see quite a bit of hot sauce and things like that. There are also a couple of enhanced sweet-and-sour sauces out there that we’re looking at, a Caribbean jerk. But barbecue sauce and honey mustard sauce are still what 70% of people ask for. So we’re trying to have some different variations on those, too.”

In addition to its fried chicken, The Market is known for its sandwiches, which include Boar’s Head meats, premium cheeses and local breads. Marketing Director Sarah Whitney said one of the most popular sandwich options is the Jefferson, which is made with maple turkey, cheddar, lettuce, cranberry relish and herb mayonnaise on French bread.

The morning daypart has been most affected by the pandemic for many c-stores, with fewer people commuting to work each day.

But at The Market, lunch has seen a notable dip in sales, in part due to COVID-19 restrictions at the University of Virginia (UVA). Before the pandemic, the chain did a lot of catering, particularly on campus.

“The university was a huge opportunity for us,” Whitney said, “but also just a lot of local businesses in this area that would cater their entire team for a lunch or dinner event.” 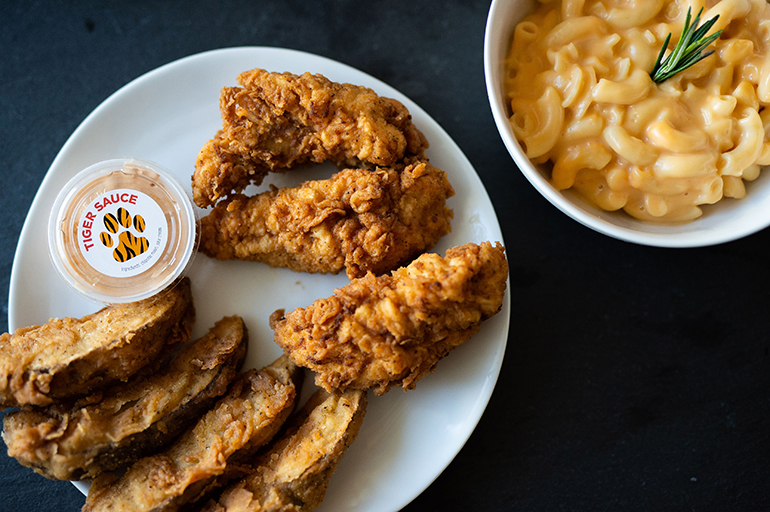 “(We are) currently working with a third party and would like to see this fully integrated through our loyalty platform with Paytronix,” Whitney said.

FriendShip still does “a huge lunch business,” Matthews said, which remains a big opportunity to make up for lost breakfast sales.

“We’re really going to focus on that afternoon business now,” he said. “That drive time, that late afternoon, stillsnackable time — we think we can capitalize on some of that.”

Down the line, FriendShip is looking at adding a few healthier options, in addition to its salads and wraps. But as a whole, Matthews has seen a shift toward comfort foods since the pandemic started.

In difficult times, he said, “people kind of resonate with what they’re used to and what they like and what they remember. We’ll be looking at rolling out chicken pot pies, chicken biscuits, maybe even chicken chili.”

Scantland noted that the definition of “comfort foods” or “craveable foods,” as Thorntons calls its offers, will be different for different customers.

“A good part of my career I spent at KFC, so I know quite a bit about comfort food,” he said.

While the shift toward foods like fried chicken has certainly been a phenomenon amid other crises, Scantland said that what he’s noticed lately is an uptick in overall spending.

“What we are seeing is that guests, when they’re out, tend to want to splurge a bit more than they would have previously,” he said. “That, to me, is very reminiscent of 2009 through 2012 when maybe you can’t take a trip or a vacation, or you can’t buy a new car, but when you do go out, maybe you’re going to add one more thing to your basket to treat yourself.”