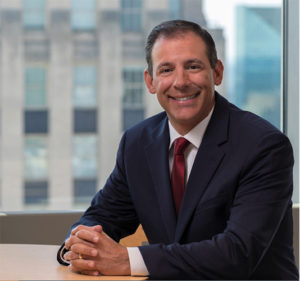 Mike Auger, president of RAI Trade Marketing Services Co., announced plans to retire in mid-February 2021 after a career spanning a combined 30 years of service and leadership to Reynolds American.

Auger joined RAI in 2004, during the RJR / B&W merger, and held several RAI Trade leadership roles including area vice president and vice president trade marketing development prior to becoming the leader of the RAI Trade Marketing organization in early 2015.

During his tenure, Auger helped lead some of the largest acquisitions and mergers in the industry, including the acquisition of Lorillard and the integration of the American Snuff Co. and Santa Fe Natural Tobacco Co. trade teams into the Reynolds organization.

Auger has also been the driving force behind the Reynolds customer and consumer engagement strategy that continues to be among the organization’s strongest competitive advantages. His vision to create a culture of coaching excellence and his passion for developing people will continue to pay dividends long into the future.

Despite significant changes and strong headwinds for the industry over the last several years, Reynolds’ Trade Marketing organization, under Auger’s steadfast leadership, has consistently delivered outstanding business results. Auger accomplished this by building robust relationships across the wholesale and retail community while supporting all the Associations such NACS and NATO to create win-win-win situations for the business.

With Auger’s retirement, RAI is taking the opportunity to capture additional synergies by further integrating its Trade Marketing team with the Digital and Commercial Activation teams.

Joining Reynolds in October 2019, Silva established the Digital Marketing and Commercial Activation function, bridging the category and trade teams. Silva has brought a renewed focus, speed and energy to building strong brands by modernizing and innovating RAI’s route-to-consumer capabilities. Silva’s leadership and focus on building strong, diverse teams has resulted in delivering excellent results, which he will bring to his new role.