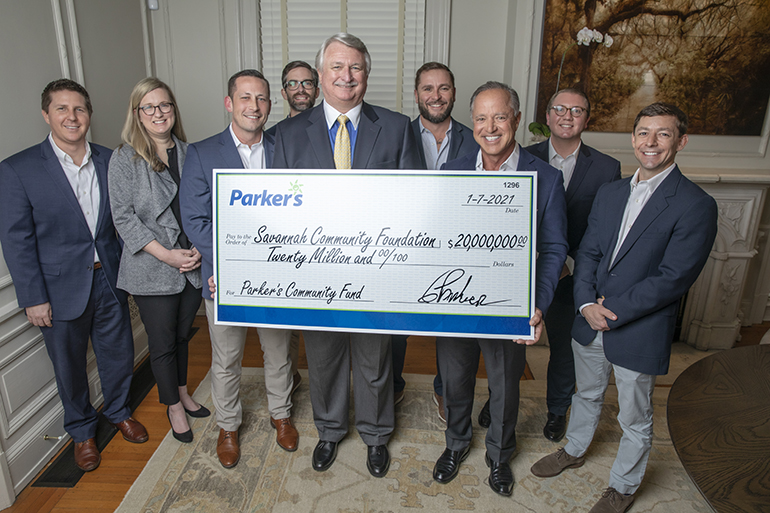 The Parker’s Community Fund, which will be administered by the Savannah Community Foundation, will support a range of charitable causes across the region. A new Community Impact Committee is being formed to make decisions about how to allocate the funds strategically in order to make the biggest impact.

“At Parker’s, we have a profound commitment to giving back to the communities that have supported us over the years,” said Parker’s founder and CEO Greg Parker, who was recently inducted into the Convenience Store Hall of Fame. “This initial gift of $20 million is the beginning of a fund that we intend to grow. The new Parker’s Community Fund will allow us to make an even bigger impact in the future, supporting important causes that matter most to our customers.”

Parker’s is known for its longstanding commitment to charitable giving. In recent years, Parker’s endowed the Parker’s Emergency and Trauma Center at Memorial Hospital in Savannah, Ga., and made a record $5 million donation to the Parker College of Business at Georgia Southern University, supporting the next generation of business leaders in Georgia.

Since its founding in 1976, Parker’s has grown from a one-store operation in Midway, Ga. to an award-winning, 68-store company with stores throughout Georgia and South Carolina, serving Southern-inspired Parker’s Kitchen food that’s made from scratch on-site. The Parker’s Rewards loyalty program, which includes more than 210,000 members, has saved customers more than $15 million to date. Parker’s employs more than 1,200 individuals throughout the region and completes more than 125,000 transactions daily.