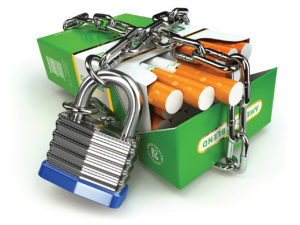 A bipartisan coalition of 23 attorneys general has submitted a letter calling on the Food and Drug Administration (FDA) to ban menthol cigarettes.

The letter asks the FDA to complete rulemaking to prohibit menthol cigarettes. The coalition argued that such a prohibition would save thousands of lives and should be implemented immediately. Despite the overall decline in non-menthol smoking, the coalition pointed out that the prevalence of menthol smoking has remained constant in recent years — and disproportionately impacts youth and minority populations. The attorneys general stated that menthol cigarettes remain a major barrier to smoking cessation and the reduction of smoking-related health conditions.

“The FDA must act immediately to ban menthol cigarettes. The scientific research shows that menthol is a starting point for youth who begin smoking and become addicted and that these products disproportionately affect communities of color,” said Connecticut Attorney General William Tong, one of the coalition members. “We are supportive of the proposals in the Connecticut General Assembly to ban the sale of these products in-state and a federal ban would save thousands of lives and improve public health outcomes across the nation.”

In the letter, the attorneys general also highlighted the FDA’s own data showing the addictiveness of menthol cigarettes.