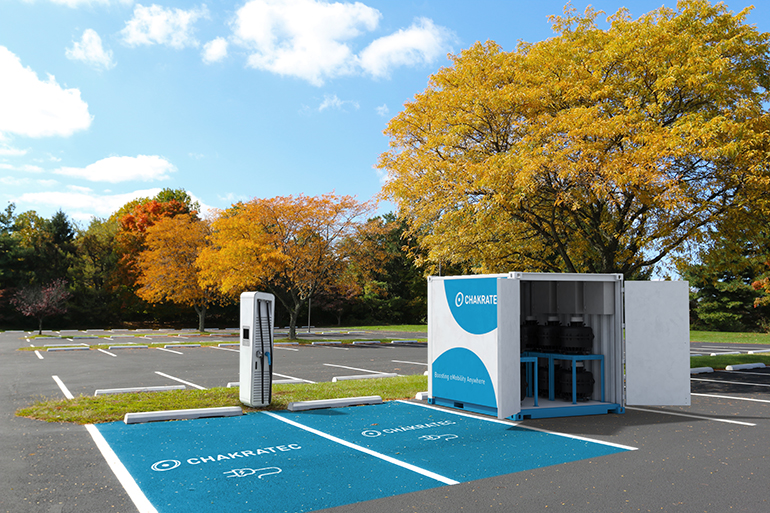 Arko Corp. — which owns GPM Investments, the seventh largest convenience store chain in the U.S. — announced that it has signed a strategic memorandum of understanding (MOU) with Chakratec, an Israel-based developer of electric vehicle (EV) charging technology, to distribute the kinetic storage systems for fast charging of electric vehicles.

Chakratec is a developer of kinetic energy storage systems that enable ultra-fast charging of EVs. Chakratec’s technology and products aim to solve the main challenge to mass adoption of EVs — the “Range Anxiety” — by allowing vast deployment of ultra-fast charging points along the roads, capable of charging EVs in less than 15 minutes (to a range of about 150 miles), even in sites where the local grid infrastructure is limited in power.

“The outdated electrical infrastructure in many US states and its inability to support fast charging is a significant barrier to massive penetration of electric vehicles. In fact, I believe the United States is still many years away from mass adoption of electric vehicles and this won’t change until fast charging infrastructure is more widely available,” said Arie Kotler, chairman, president and Chief Executive Officer of ARKO. “Our partnership with Chakratec is an important first step in our long-term journey toward being ready should the time come for electric vehicles to become mainstream in North America.”

As part of the MOU, Arko and Chakratec will conduct a preliminary pilot in the U.S. next year. The MOU also includes a goal of an extensive deployment of fast charging points for electric vehicles throughout North America by 2030.

Arko owns 100% of GPM Investments LLC (GPM). Based in Richmond, Va., GPM was founded in 2003 with 169 stores and has grown through acquisitions to become the seventh largest convenience store chain in the U.S., with approximately 2,950 locations comprised of approximately 1,350 company-operated stores and approximately 1,600 dealer sites to which it supplies fuel, in 33 states and Washington D.C.