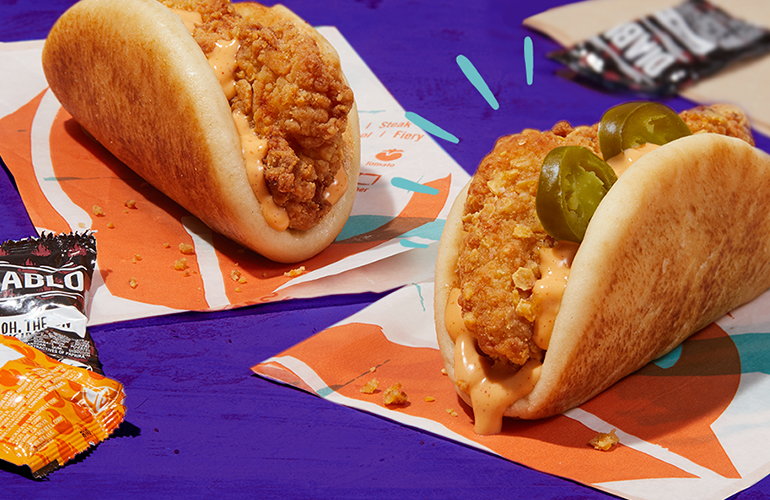 Taco Bell is the latest quick-serve restaurant (QSR) to enter the chicken sandwich wars with the debut of its Crispy Chicken Sandwich Taco.

The chicken is marinated in jalapeño buttermilk and fried with a crunchy tortilla chip coating, served in a puffy bread that’s shaped as a taco and topped in a creamy chipotle sauce. There will also be a spicy version with an additional topping of jalapeño slices.

The taco will be available at participating restaurants in Nashville, Tenn., and Charlotte, N.C., beginning on March 11 for $2.49, with a nationwide rollout planned for later this year.

Is it a sandwich or a taco? You decide. Try our new Crispy Chicken Sandwich Taco in regular or spicy. Testing at select locations in Nashville, TN & Charlotte, NC starting March 11. pic.twitter.com/7SaC628a40