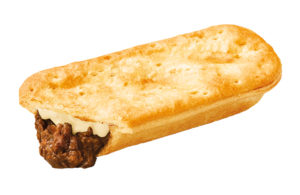 Rutter’s was the first U.S. convenience store chain to carry the Australian company’s products when it launched the Four‘N Twenty Beef and Cheese Traveller in 2020.

“After the success of the Beef and Cheese Traveller last year, we were very excited to continue expanding the Four’N Twenty offering, as part of our award-winning foodservice,” said Robert Perkins, Rutter’s Vice President of Marketing. “The partnership we’ve built has been great because both companies have the same goal of continuing food innovation to meet customer demands. Being the first retailer to sell this great product will keep customers saying, Why Go Anywhere Else?”

The Philly Cheesesteak Traveller is a unique product, exclusive to the U.S., which was created under Patties Foods Groups Four‘N Twenty brand, as an ode to their ambassador, Philadelphia 76ers star Ben Simmons.

“We are extremely proud that Four’N Twenty has been embraced by Rutter’s customers,” said Anand Surujpal, General Manager Marketing & Innovation for Patties Foods. “The generous hearted people of Philadelphia have really welcomed our Aussie beef pies and travellers since we launched in the US in 2018. We were inspired by working with Four’N Twenty ambassador Ben Simmons and in collaboration with Rutter’s we wanted to create something innovative and delicious that honoured Ben’s two homes. The new Four’N Twenty Philly Cheesesteak Traveller is the perfect combination of something quintessentially Aussie and a Philadelphian classic, and we know our fans will really love the new flavour.”

Rutter’s operates 78 locations in Pennsylvania, Maryland and West Virginia. Part of a family managed group of companies, Rutter’s includes convenience stores, a dairy and beverage company, and a real estate company. With roots dating back to 1747, Rutter’s 274-year history makes it the oldest vertically-integrated food company in the U.S.