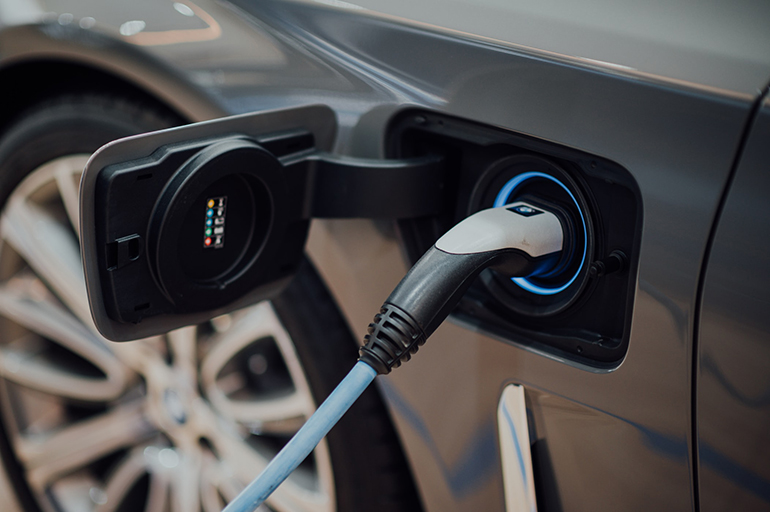 Maybe it’s a premature question. Then again, maybe it’s not.

Last August, California’s Governor Gavin Newsom signed an executive order requiring that all new passenger cars and trucks sold in the state are zero-emission by 2035. The impact of the shift toward electrification is also likely to play out first in California as the state has been comparatively quick to embrace electric vehicles (EV). In 2019, California was home to just under half of all EV sales in the U.S.

That’s why the future of gas stations was the subject of a recent symposium by the University of Southern California (USC) Dornsife College of Letters, Arts, and Sciences. Titled “Pump to Plug,” the virtual event examined how Los Angeles’ nearly 600 gas stations might evolve in the coming years. Interested readers can click here to watch it on YouTube.

There’s a lot to unpack from this more than four hour event, but I want to focus on two things in particular.

Full disclosure: I do not currently own an electric vehicle. What I’m about to say may also be incorrect, but I’m still learning, like we all are.

Does the Demand Even Exist?

It seems to me that the fundamental question is whether LA even needs chargers at its nearly 600 gas stations. I find it curious that nobody really focused on this.

Let’s be clear: Most EV owners do not need to drive somewhere to charge their vehicles. Even in Norway, the world’s most advanced EV market, the vast majority of charging occurs at home. Although home charging is more difficult in multi-unit dwellings, I find it interesting that a 2019 report from the Institute of Transport Economics claims 65% of Norwegian battery electric vehicle (BEV) owners living in apartments charge at home weekly or more frequently.

There is of course a need for public charging. Road trippers, commercial vehicles and those who forget to plug in at night might want to top off their batteries. Indeed, readers may enjoy reading this 2019 analysis of the fast charging market in Norway. It’s interesting that the demand for fast charging is higher for BEV-only households than those that have both BEVs and internal combustion engine vehicles. (ICEV)

But how much demand will actually exist? It seems to be the case that if any sampling of 1,000 ICEVs were suddenly replaced with BEVs, gas stations would see less interaction with them even if they have chargers installed. Some drivers will charge at home, some will charge at work, and drivers will find public charging available at grocers, big box stores, hotels and perhaps even shopping malls.

I also find it odd that some presenters assume consumers will willingly inconvenience themselves by adding the downtime of charging at a gas station into their weekly routines. I think it’s more likely that consumers will look for charging opportunities where downtime already exists — including at home or the aforementioned business.

Indeed, later parts of the symposium briefly touched upon this by discussing the charging needs of trucks in and around LA’s ports. One presenter mentioned that rather than using roadside retailers between destinations, they suspect the ports themselves are an ideal location for charging infrastructure.

I also noticed something similar in the recent news about Amazon’s Rivian van fleet — which may increase to more than 100,000 vehicles over the next few years. Rather than relying on public charging infrastructure, they’re supposedly adding chargers to their existing delivery stations in North America and Europe.

Maybe I’m wrong about this. It’s certainly possible. Regardless, many stations will find that they cannot maintain their current customer capacity if they switch to chargers. This was mentioned in the presentation from Dan Spiegel, the founding partner of Spiegel Aihara Workshop.

Assuming a 30-minute charge for BEVs and a five-minute refuel for ICEVs — in addition to other variables, such as space requirements — a gas station with eight fueling locations would see capacity reduced by 83% if it converted to charging stations. Rather than being able to serve a maximum of 2,304 vehicles in a 24-hour period, it would only be able to charge 384 vehicles. For this reason, Spiegel proposes a model that blends Amazon-style warehouse robots with a multi-level facility to efficiently arrange BEVs while charging. Although this may appear a bit outlandish at first glance, his presentation is worth watching. I have to wonder if something similar might be feasible for certain public and private parking garages.

How to Build on Retail’s Role as Public Space

I’ve long argued that retail serves as a sort of quasi-public space in the U.S. Our malls, big box retailers and other stores are more than destinations for utilitarian activities. They’re also where we gather, socialize and entertain ourselves.

That’s why I particularly enjoyed the presentation by Jeffery Inaba, the co-founder of Inaba Williams Architects. In a proposal titled “Station to Staytion,” he spoke about gas stations as critical public infrastructure and the need for them to provide more services — especially in lower-income neighborhoods.

“In neighborhoods with the most severe economic and health burdens, we propose to keep and reinvent the gas station,” said Inaba. “There are roughly 165 stations in the city’s most stressed neighborhoods. Those stations can support the health and well-being of residents. Stations will be points in a network of health-oriented common spaces traveled to by foot or by metro.”

While gas stations are often seen as an environmental threat in these sorts of discussions, Inaba pointed to the vast contributions they make to their communities beyond just fueling cars. His proposal includes a kit of parts that could be mass-produced and offered affordably to station owners who wish to make their spaces more inviting — including tables, benches and canopies.

WIth respect to canopies, Inaba also introduces the concept of “shade equity.” One challenge unique to LA is a low park-per-capita ratio compared to other major cities. Given the historic architecture of the city’s gas stations, and the fact that many cities don’t have a lot of parks and open spaces, he argues that it makes sense to convert stations into spaces that are environmentally positive for the city and its residents.

Moreover, Inaba’s opening comments resonated with me as he spoke to the centrality of the car in our lives and our day-to-day survival.

“We are what we drive,” said Inaba. “Our memories growing up, our collective experiences, our emotional highs and lows, even our means of survival, are connected to the car. If the car is part of who we are, then the gas station is our common space.”

This is interesting since many of the proposals in this symposium — and other discussions about the impact of electric vehicles on gas stations — tend to focus their thinking on the forecourt and the car. I see that strategy as fundamentally flawed. Even if some stations are able to realize a business case from charging in 10 or even 20 years, surely it will pale in comparison to the number that would otherwise be needed for an equivalent number of ICEVs.

Rather than thinking as fuel retailers and asking how to keep the traffic flowing amid growing competition for a smaller pie, why not think as convenience retailers and focus on building a more relevant store model — one that’s capable of standing on its own? The need to eat and drink three times a day won’t go away no matter what happens to our vehicles, and convenience retailers have the potential to leverage their real-estate and proximity to consumers in new and exciting ways.

Then again, perhaps charging really will prove to be a big business for retailers. I just have a difficult time believing that I’ll be clamoring to charge a Tesla Cybertruck away from home if the option exists to plug it in at night. I also think it’s a bit presumptuous to assume retailers will thrive on demand from multi-unit dwellings when it’s likely that charging infrastructure will be added to many of those sites.

Who knows. Only time will tell.

Frank Beard is the director of the store safety certification program Safe Shop. He is also the director of special projects at CStore Decisions. Follow Frank on Twitter or LinkedIn.