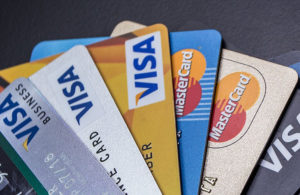 Both Mastercard and Visa announced on March 16 that they have postponed planned hikes in interchange fees. The credit card companies had earlier announced increased fees set to begin in April, but have now decided to delay them until April 2022.

Mastercard said in a statement that it is encouraged by the signs of economic recovery in the U.S. and in other markets with the growing distribution of COVID-19 vaccines. Mastercard noted that some merchants are still facing unprecedented circumstances in the decision for the delay.

“Mastercard supports our merchant partners by enabling them to keep their businesses open with safe, secure and reliable payments for both in-store and online purchases,” the statement read. “Last April, we committed $250 million over five years to support small businesses in the United States and other markets with resources to help protect them, including free cyber and identity theft solutions.”

Visa cited the ongoing economic recovery as the rationale behind the decision to delay the imposition of the fee hike for another year.

“Visa is committed to maintaining stability in our payments system and will not make any future rate changes in the U.S. for another year while the economy recovers,” Visa said in a statement.

Credit card companies set interchange fees at a base rate often worked out with banks and merchant negotiations. Mastercard had planned to increase interchange fees in the U.S. to pay for increased fraud protection as more consumers move toward a digital-payments economy. Mastercard had also planned to raise “swipe fees,” increasing costs to a pandemic-wounded foodservice sector and some food retail.