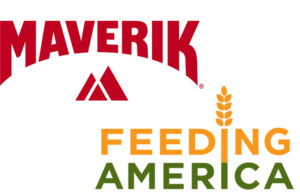 Guests at Maverik stores across 11 states were especially kind during the month of February, rounding up their transactions to the nearest dollar. A total of 527,345 customer cash donations generated $180,767 that will be contributed to Feeding America, the nation’s largest domestic hunger-relief organization.

The funds will help support people affected by the COVID-19 pandemic and strengthen Maverik’s direct donation to Feeding America in January of $150,000, totaling $330,760 given in 2021.

“We are so thankful to our guests for sparing their extra change when visiting Maverik stores that collectively raised a phenomenal amount that will go to support our neighbors struggling to put food on the table,” said Chuck Maggelet, president and chief adventure guide of Maverik. “The demand for food has nearly doubled since the start of the pandemic, and together we’re making strides to help fight hunger in the communities where we live and work.”

Of the customer donations, 90% were raised locally and will stay local, with each region’s collections going to serve food banks that assist people in that same region. Maverik’s donation will be distributed to 15 Feeding America member food banks across 11 western states where Maverik operates. The remaining donation will be focused on Feeding America’s COVID-19 Response Fund, used to get food and funds to local food banks needing it most across the U.S.

Local food banks that will receive a donation, and the amount of each contribution are listed below: 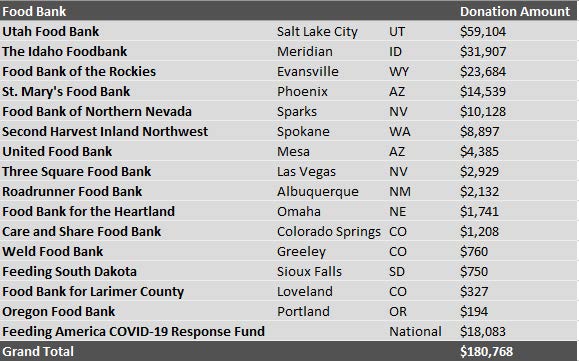 “Our network’s ability to provide nourishment in our shared community is made possible because of the support like Maverik’s and its customers,” said Lauren Biedron, vice president of corporate partnerships at Feeding America. “We are grateful for Maverik’s dedication to our hunger-relief work that will help provide much needed meals to the surge of people facing hunger.”

Maverik is proud of its continued support of Feeding America, given its breadth of food distribution services across the country. Through its food assistance network of 200 food banks and 60,000 food partners, the Feeding America network of food banks is working on the front lines to help bring food to the most vulnerable populations across the country.

Because of the coronavirus, tens of millions of people are seeking local food bank assistance, 40 percent of whom are doing so for the first time.