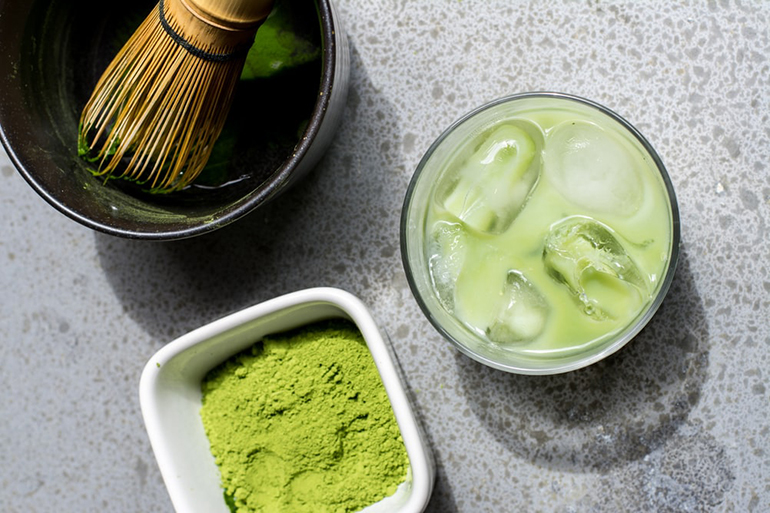 This bright green drink from Japan now has a presence on menus worldwide — from Dunkin’ to Starbucks to Peet’s Coffee and more. But what exactly is matcha, and why is it gaining so much traction?

Matcha is a type of green tea. The green tea plants used for matcha are shade-grown (or covered to shade them from the sunlight) for three to four weeks before harvest. During shaded growth, the tea plant (Camellia sinensis) produces more theanine and caffeine.

Once harvested, the leaves are laid out to air dry and then made into a fine powder, which can then be whisked with hot water. When making regular green tea, by contrast, the leaves are infused in water and then removed.

The process of making and bringing matcha to market is extensive; thus, it typically costs much more than other types teas.

Matcha is widely known for its health benefits due to its high antioxidant levels, with at least three times as much epigallocatechin gallate (EGCG) as regular green tea. EGCG is thought to increase bone strength, improve aspects of brain functioning (like memory), reduce blood pressure and affect cholesterol numbers.

Matcha may be trending now for a variety of reasons (read: Instagram), but its history and its health benefits will ensure it’s around for years to come.