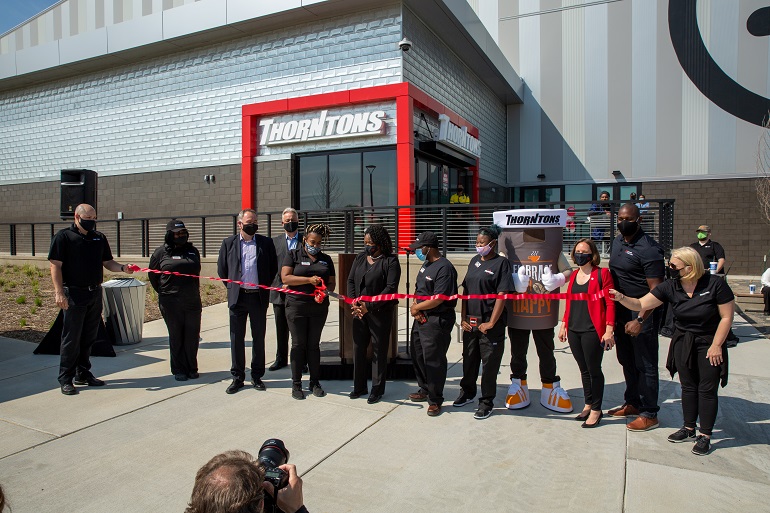 Thorntons opened its newest location — a non-profit community store in partnership with the Louisville Urban League. This first-of-a-kind store will operate as a sustainable not-for-profit venture with all profits from sales being reinvested by the Louisville Urban League to promote community equity and empowerment. It will also serve as a local recruitment and training facility to increase access for West End residents to employment options across the Thorntons network. 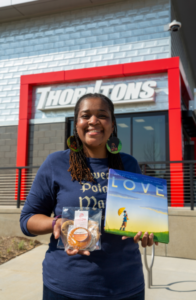 The store will be open seven days a week to serve those who live in the community and visitors who are training and attending events at the facility, the company said.

Known for supplying sweet potato products, the Urrutia’s also use Georgia’s as a way to support the communities it operates in by donating books to children in a project called Pies with Purpose. Thorntons guests can support this important project by purchasing Georgia’s sweet potato pies, cheesecakes, brownies
and cookies.

“We are proud to now be a part of and serve the West Louisville community,” said Simon Richards, Thorntons’ president and CEO. “This much anticipated store provides Thorntons with a sustainable way to give back and invest in the neighborhood. We thank Sadiqa Reynolds and the Louisville Urban League for this opportunity and are excited about the positive impact our partnership will have on the community.” 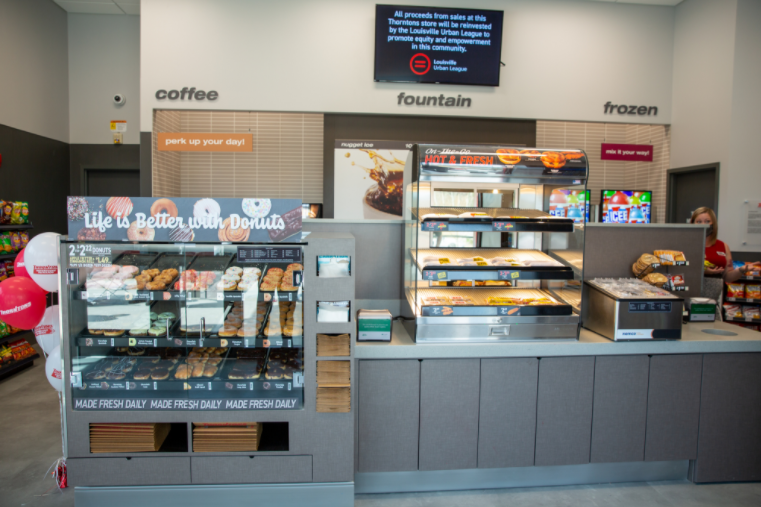 Richards also took a moment to thank the multiple partners who share in the company’s vision and whose generous donations have helped to make the community store a reality. These supplier partners include: