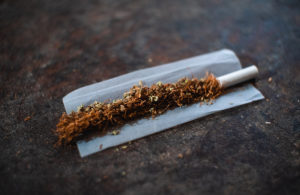 Way before there were mass-produced cigarettes, there were pipes. Indeed, since the early days of tobacco harvesting and curing, people packed pipes with tobacco, as captured in iconic images of farmers with corncob pipes, sea captains clenching pipes, and aristocrats enjoying a pipe with an after-dinner drink.

Over the years, the mystique of pipe smoking faded in comparison with wider acceptance of cigarettes, but there’s always remained a segment of people who prefers the unique experience and taste of pipe tobacco, much like there’s a specific demographic that opts to roll their own cigarettes. But are roll-your-own (RYO) and pipe tobacco products — and their customers — interchangeable? Maybe yes, maybe no.

Yes, both pipe and RYO tobacco are classified as loose and sold in pouches. Yes, they each allow users to create an individualized experience. But there are some notable differences, too. In almost all cases, RYO is cigarette tobacco, meaning it cut into fine strands and usually dried out. Pipe tobacco, on the other hand, is characteristically a coarser cut and moist, perfect for a slower burn.

To help customers understand the differences between pipe and RYO options, here’s a quick primer on the traditional elements of pipe tobacco.

While not entirely interchangeable, the ritual involved with both RYO and pipe tobacco may appeal to a shared customer base, so through a little education, convenience store owners and operators could grow basket sales by encouraging clients to try both.