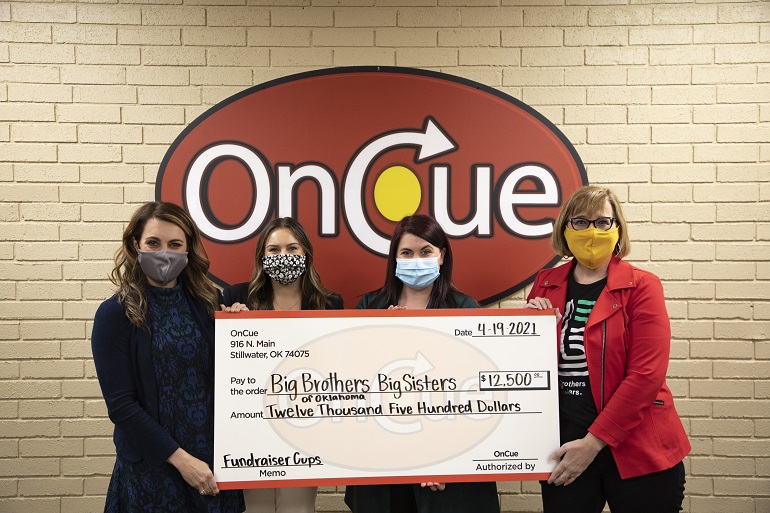 “Thank you, OnCue, for coming through for Oklahoma children in such a generous way,” said Melissa Ramirez, CEO of Big Brothers Big Sisters of Oklahoma.

OnCue operates stores in four of Big Brother Big Sisters program service areas in Oklahoma, each of which is a recipient of the funds raised. The cups were available from January through the end of March.

“It’s amazing to see such an outpour of support for Oklahoma’s youth as we work toward unlocking each child’s potential,” said Laura Aufleger, President of OnCue.

Stillwater, Okla.-based OnCue is a growing chain in the Oklahoma and Texas convenience store market. Founded in 1966, it has expanded to more than 75 locations and boasts more than 1,400 employees.