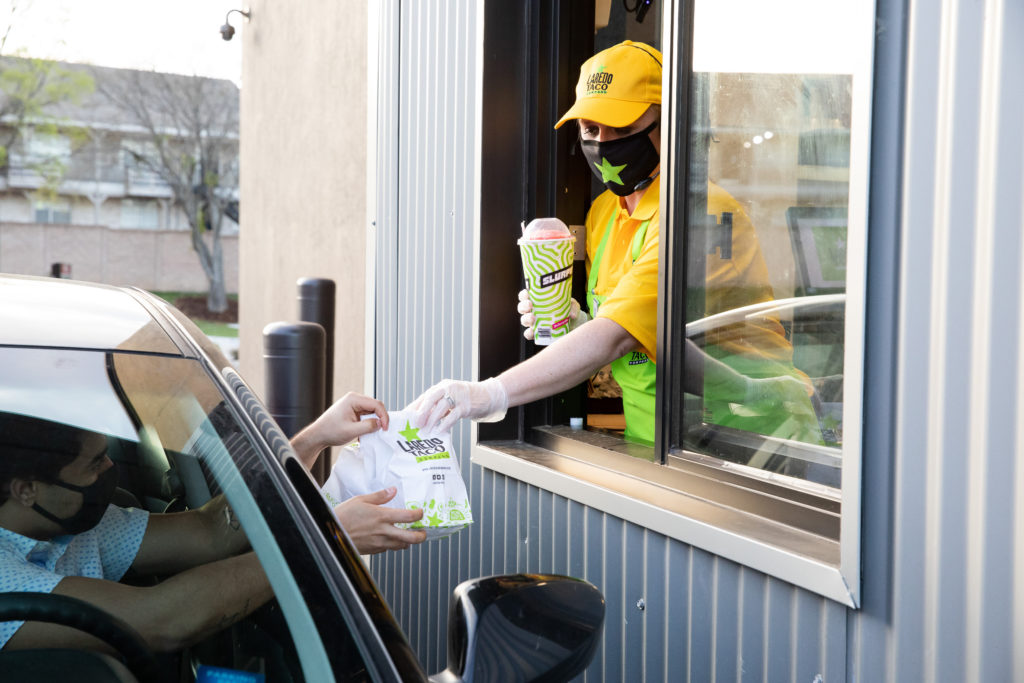 The pandemic accelerated digital growth at convenience retailers of all sizes, in all parts of the country, particularly in the growing foodservice category, with retailers implementing new technology initiatives such as mobile and online ordering, curbside pickup, delivery, drive-through and more.

In March, 7-Eleven, with 12,000 c-stores in North America, announced its first Laredo Taco Co. drive-through restaurant, located in Dallas at 7-Eleven’s newest Evolution Store — the third such store in Dallas and the sixth in the U.S.

These stores act as testing grounds that allow the company to learn what resonates with its customers and apply this information to new and existing locations.

The newest store is one of a growing number to offer delivery and mobile checkout. With the 7Rewards loyalty program, customers can skip the checkout counter and pay for their purchases on their phone. In addition to its proprietary 7NOW delivery app, 7-Eleven has a presence on numerous third-party delivery platforms.

“The Laredo Taco Co. drive-through is a testament of 7-Eleven’s ability to innovate — and innovate fast,” said Tanco. “While the addition of a drive-through option had certainly been on our radar with a steadily growing portfolio of restaurant concepts, it became even more critical for us during the pandemic.” 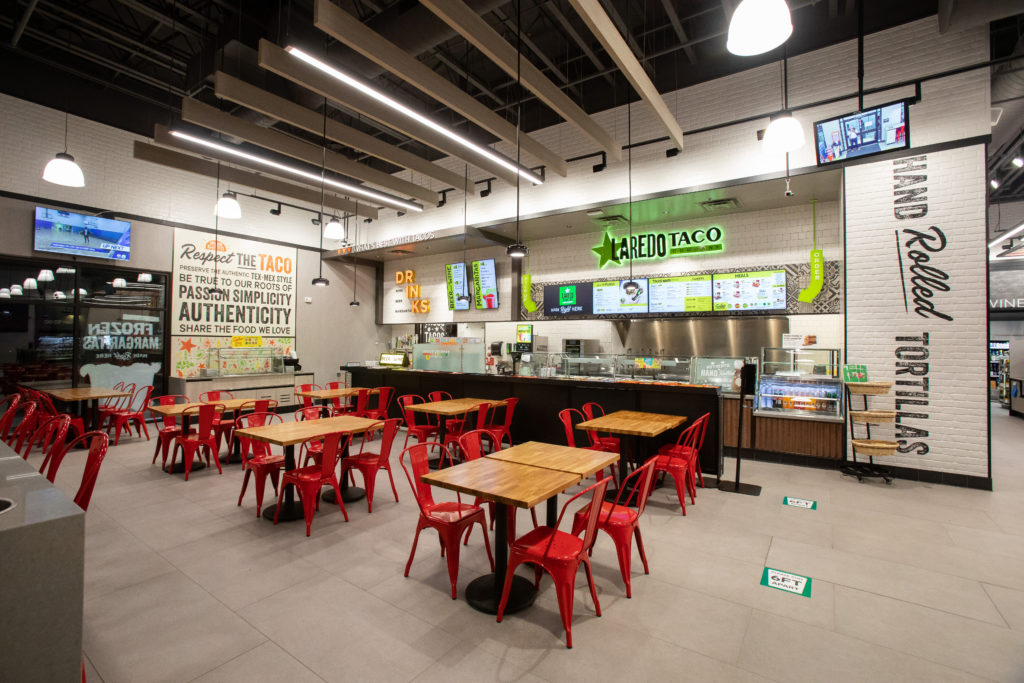 Laredo Taco Co. is known for its authentic tacos served on flour tortillas that are made from scratch, as well as its fresh salsa bar with a wide selection of salsas and pico de gallo.

The concept is a great example of the blurred line between c-stores and quick-service restaurants (QSR). For 7-Eleven, Tanco said, this evolution comes naturally; after all, the c-store chain started out offering groceries from an ice dock during hours when local grocery stores were closed.

“Today’s need — and opportunity — is in the QSR space,” he said. Every Evolution Store includes one of 7-Eleven’s restaurant concepts — Laredo Taco Co. or Raise the Roost Chicken & Biscuits. And it plans to open nearly 150 new restaurants this year.

“There’s a battle for market share in the QSR industry, and I believe 7-Eleven is well-positioned to enter the fray in a big way,” Tanco said. “In the age of COVID-19, we have seen an increase in traffic as customers choose to stop at neighborhood 7-Eleven stores over big-box retailers for convenient, safe shopping.”

As 7-Eleven evaluates the success of its first drive-through, he said, it will explore scaling the concept to additional markets in the future. On the other end of the c-store size spectrum, Kansas City, Mo.-based FavTrip, which operates two locations and has a third planned for this year, has featured drive-throughs since its inception, but the concept has never been as popular as it is today, said FavTrip President Babir Sultan.

“We see it as a big win, Sultan said, “and it’s a good differentiator for us when it comes to competition as well because instead of competing at price, now you’re competing about services offered.”

The busiest times of day for FavTrip’s delivery orders are early, from 6 a.m. to 11 a.m., he said, as well as in the evenings when customers are getting off work, from 5 p.m. to 8 p.m. Nearly every in-store item is available for delivery.

FavTrip’s current stores do a big coffee business; they recently launched a subscription program. But the c-store chain is gearing up for an enhanced foodservice offer at its third location in Grandview, Mo. (part of the Kansas City metropolitan area), which will become its flagship location. The new store will measure 4,000 square feet — twice the size of the other two.

Sultan’s confident that a new foodservice program will add value for customers, especially when coupled with FavTrip’s existing drive-through and delivery options.

As always, he said, “we’re continuing to explore any and all technologies that come our way.”