Fresh Del Monte, one of North America’s leading marketers and distributors of high-quality fresh and fresh-cut fruit and vegetables, announced the launch of its “Bunch of Good” campaign emphasizing Fresh Del Monte’s corporate social responsibility and sustainability efforts for making a better tomorrow, while inviting consumers to learn more and participate in this initiative.

The campaign first rolls out new “Bunch of Good” produce stickers and tags for its bananas and pineapples, which will display several unique facts highlighting Fresh Del Monte’s commitment to communities, education, ecosystems, healthcare, wildlife preservation and much more.

Through this new initiative, Fresh Del Monte strives to showcase the organization’s commitment to doing “a bunch of good” worldwide, while building a sustainable future. The brand’s six “bunch of good” efforts featured on the banana stickers are: 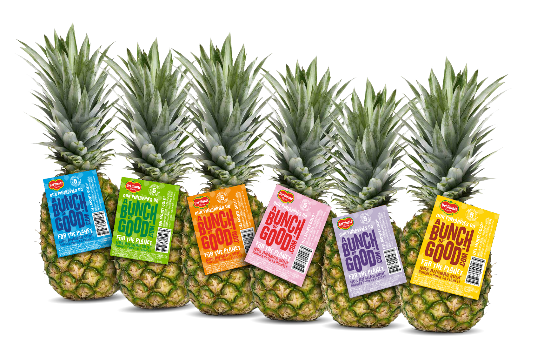 Fresh Del Monte is also encouraging consumers to do their part by becoming “bananefactors,” joining the Bunch of Good Society and attempting to spread goodness to many. Consumers can simply visit ABunchOfGood.com to take the vow to make the world a better place, having their name added to the society with the goal to create the biggest society with the longest name in history. One lucky “bananefactor” will be selected at random to win an all-expense-paid trip to the Feeding America Headquarters in Chicago, IL to represent the society with a $10,000 donation.

“We are proud of our ongoing community and sustainability efforts, as Fresh Del Monte prides itself on its corporate social responsibility,” said Pablo Rivero, vice president of marketing North America, Fresh Del Monte. “Giving back to our communities and making strides with sustainability are just two of our company’s core values. We not only strive to conduct our business in ethical, socially responsible and transparent ways, but want our consumers to feel good about the food they are eating while enjoying Fresh Del Monte.” 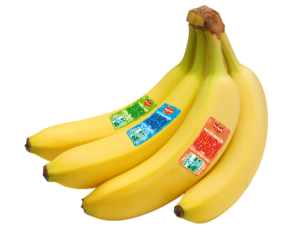 As part of its ongoing efforts since implementing its sustainability program, Fresh Del Monte is responsible for donating nearly 15 million pounds of fresh produce to 40 different entities in the United States over the past year, planting more than 1 million trees in three years, supporting educational opportunities in local farming communities and exceeding its 10-year target for reduction of energy consumption by 20%.

Fresh Del Monte Produce Inc. is one of the world’s leading vertically integrated producers, marketers and distributors of high-quality fresh and fresh-cut fruit and vegetables, as well as a leading producer and distributor of prepared food in Europe, Africa and the Middle East.