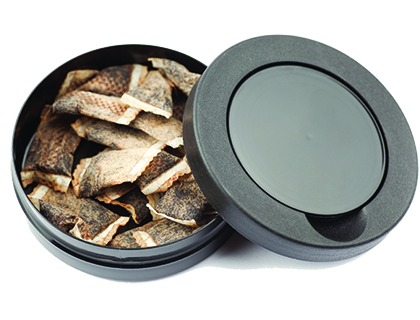 For generations, cigarettes benefited from the textbook definition of brand loyalty. Smokers rarely switched from one brand to another once they landed on a product they preferred. The smokeless tobacco segment also enjoyed a similar level of customer consistency. What’s more, smokers and smokeless tobacco users traditionally represented two distinct customer demographics.

Although brand loyalty within each segment remains strong, there’s a new phenomenon underway, a blurring between the types of tobacco users.

To be sure, there are substantial differences between the combustible cigarette and smokeless tobacco experiences. For one thing, the former is burned and the latter is used as moist chew or packed as snus. Cigarettes produce smoke, chewing tobacco produces spit. However, both deliver a nicotine sensation, and that common denominator can appeal to people interested in experiencing various nicotine delivery mechanisms.

Perhaps the biggest factor pushing cigarette smokers to switch to smokeless tobacco products, though, is the vast network of smoking restrictions. States have passed all kinds of prohibitions on cigarette smoking in public settings, from office buildings to restaurants and even some open-air environments, such as parks and beaches. While the number of places banning the use of smokeless tobacco products continues to climb in recent years — Major League Baseball banned players from using chewing tobacco starting in 2016 — there’s traditionally been more flexibility in where the product can be indulged. That may have prompted some smokers who craved a frequent nicotine sensation to consider switching to smokeless options.

The emergence of the oral nicotine subcategory, such as nicotine pouches, toothpicks and lozenges, offers c-store customers yet another alternative to cigarettes and smokeless tobacco. Most of the items in this segment are spitless and odorless, and therefore, enjoy greater latitude in where they can be used opposed to cigarettes, chewing tobacco and even e-cigarettes and vaping devices. Additionally, market research suggests these tobacco-free products appeal to the key target demographic of millennials and Generation Z as the cigarette-smoking population among these age groups continues to decline.

Anecdotal evidence also reveals patterns of poly-tobacco use, when consumers engage in multiple types of tobacco products. This transformation opens the door for c-stores to recognize and engage people’s lack of product allegiance. With every cigarette purchase, a questions like, “Would you also be interested in a smokeless item or nicotine pouch?” could increase basket sales within the tobacco category.