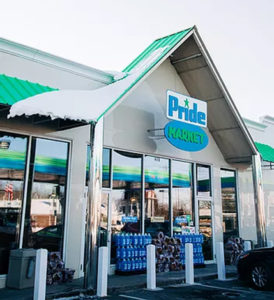 Reports out of Springfield, Mass., say the CEO of the 31-store convenience chain Pride stores announced he is selling the company. Pride employs more than 500 people in Massachusetts and Connecticut.

Pride CEO Robert Bolduc will know within the next two months if he will sell the 31 stores and 10 sites under construction, he told The Republican, a Springfield newspaper. He said he has hired a merger and acquisition firm to find prospective buyers. Bolduc will reveal the buyer if and when a deal is imminent.

Bolduc added that his plan is to have the entire management team remain after a new buyer takes over, as well as current staffing at its locations.

Bolduc started the chain in 1976, six years after buying his father’s gas station in Indian Orchard, Mass., and adding tire and auto parts to the business. After purchasing a self-serve station, Bolduc purchased more stores, growing them into the Pride chain.

Pride was the first chain in Western Massachusetts to add Dunkin’ Donuts and Subway franchises to its locations. The stores now feature fresh food options through the Pride Kitchen concept.