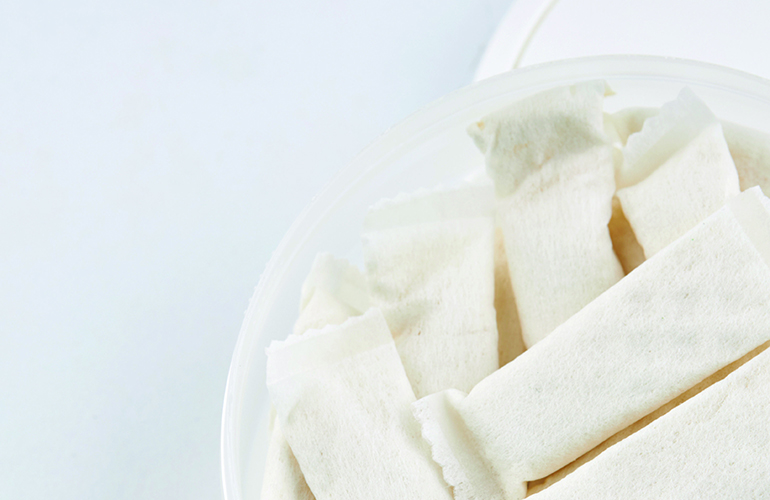 Smokeless category sales have climbed at c-stores during the COVID-19 pandemic, with the modern oral nicotine segment lifting the category. Retailers are optimistic about the category in the year ahead, but also eyeing both regulatory and economic headwinds for the remainder of 2021.

Sales of smokeless tobacco rang in at $8.30 billion, up 6.4% for the 52 weeks ending April 18, 2021, according to market research firm IRI’s total convenience store data. Sales were led by the spitless segment, which saw a 54.1% rise in dollar sales and a 58.3.% rise in unit sales for the period. Chewing tobacco/snuff, by contrast, saw dollar sales tick up 1.4% and unit sales fall by 7.6%.

“Smokeless and other tobacco consumers are continuing to evolve,” said Kraig Knudsen, tobacco category manager for Circle K. Circle K’s parent company, Couche-Tard, operates more than 14,200 stores in 26 countries and territories. “Twenty years ago, these subcategories were dominated by loose smokeless tobacco products. These were basically your only options if you did not want to light up. As consumers started using more pouch products, it opened the door for their acceptance to snus.”

Today, Circle K is seeing success with modern oral products, in addition to gums and lozenges. While sales of traditional smokeless items are currently “relatively flat,” for the chain, modern oral is trending up, a trend Knudsen expects will continue to grow over the next few years.

“The consumer has shifted from a tobacco consumer to a nicotine consumer,” Knudsen said. “The two largest innovations to this industry, vapor and modern oral, are nicotine products and do not contain actual tobacco. It is clear that this is the new desire of the consumer.”

Traditional smokeless items are still key for the category, “but it is exciting to see the rapid adoption of the new modern oral products,” he said.

Beaverton, Ore.-based Plaid Pantry has been watching the modern oral nicotine trend as well, and in recent years has strategically expanded space for the growing segment.

“(We’re) seeing a great demand for modern oral nicotine with brands like ZYN, ON! and Velo, with trends north of 40% increases from prior years,” noted Jon Manuyag, director of marketing for Plaid Pantry, which operates 108 c-stores in the Pacific Northwest.

He sees the customer base for the segment increasing with each passing year.

“Combustible, vape and moist snuff chew users are trying this segment,” he said. Expanding the category, he added, is proving a successful strategy in engaging customers, which is key given that more regulations on combustible cigarettes and vape appear to be on the horizon.

On the moist snuff front, sales at Plaid Pantry stores have continued to slowly decline. Smokeless chew is down 6.2% this year for the chain, which Manuyag attributed to a large shift to the modern nicotine space. “The sales tailwinds are coming from innovation with tobacco-less nicotine pouches (modern nicotine), such as ZYN, ON!, etc.,” he said.

“We are seeing great results in multipack and full roll purchases in these segments,” Manuyag said. “We continue to look at customer saving promotions that reward the customer on multipack purchases or full rolls. The take rate on these promotions is averaging 40-45% and with some promotions even higher.”

In New York, for example, c-store retailers are currently fighting proposed legislation that seeks to ban the sale of all flavored tobacco in the state, including flavored smokeless tobacco.

Meanwhile on the federal level, the Food and Drug Administration (FDA) remains “the great unknown,” Circle K’s Knudsen noted. “They hold the power in determining what products will be the winners going forward. The choice to regulate or not to regulate lies with them. As retailers, we just hope that the FDA will be transparent and give guidance so that we can know what direction they are going.”

In April, the FDA announced plans to propose a federal ban on menthol cigarettes and flavored cigars within the next year, but there was no mention of smokeless tobacco in its announcement.

“If the FDA decides to ban flavors in cigars, it would be assumed that their next move would be against flavors such as wintergreen or mint in smokeless products. It would be difficult for them to regulate one area and not the other,” Knudsen predicted. For Knudsen, the key question is, “will any additional regulation come from the FDA and be based on science, or will it come from pressure by legislators that have their own agenda?”

But NYACS’ Calvin isn’t overly concerned about FDA regulation of smokeless for the time being.

“Since there was virtually no mention of smokeless in the FDA’s announcement, I assume that menthol cigarettes and flavored cigars are their primary targets for the foreseeable future,” he said.

At Plaid Pantry, Manuyag continues to monitor local and state-level flavor ban proposals, as well as the FDA’s plans for a federal menthol ban. “All could impact traffic coming into our stores,” he said.

If FDA does ban flavored cigars and menthol cigarettes, he sees it as potentially benefiting the smokeless segment.

“A lot more users will shift to this segment, especially in the modern nicotine pouch space,” Manuyag said. “Or the menthol cigarette users will switch to a lighter non-flavored combustible cigarette.”

Manuyag expects overall other tobacco products to continue to trend well at Plaid Pantry this year, with segments such as modern nicotine and cigars helping to offset declines in moist snuff.

Meanwhile, at Circle K, Knudsen predicts smokeless category sales to roll in flat for the remainder of 2021, but he sees modern oral products continuing to grow and take over a larger share of the category.

“As workers return to office environments, they will once again be faced with smoking restrictions. This will open the door for more frequent usage of smoke-free alternatives,” he said.

Still, last year’s robust sales are likely to be hard to beat in 2021.

Now, as customers are getting vaccinated and beginning to venture out to social events again, consumption levels are starting to decrease, which Knudsen expects to continue over the next few months.

“Nobody anticipated the strength that the whole tobacco industry experienced over the last 12 months,” Knudsen said. “It will be difficult to keep up this same momentum.”