NYACS will induct them at its Fall Conference on Wednesday, September 22, in Clayton NY. Friends and industry colleagues are invited to attend by registering at the NYACS web site, www.nyacs.org. The Hall of Fame honors individual retailers and suppliers for exceptional achievement in, and distinguished service to, New York’s convenience store industry. 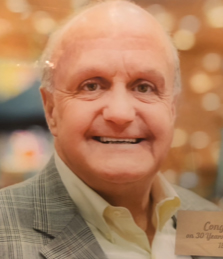 Kemmeter began his retail career in 1965 as a clerk with Victory Markets/Great American Food Stores. After graduating from Albany Business College, he returned to Victory Markets and entered their management training program before becoming a store manager in several high-volume locations.

In late 1980, Kemmeter was recruited by NYACS co-founder Bob Seng to join his team at Busy Bee Food Stores. He soon became District Manager for the Syracuse market.

United Refining Company of Pennsylvania, after acquiring the Busy Bee chain in 1990, hired Kemmeter as Regional Manager, overseeing more than 80 locations in Central New York and Northern PA. He was promoted to Director of Retail Sales and Marketing, and later to Assistant Vice President.

Kemmeter served on the NYACS Board of Directors for eight years, including two as Chairman. He and his wife Nancy live in Vestal, N.Y. His daughter Jennifer resides in London, England with her husband Sashank and twin boys Arjun and Ravi. His stepson John, a graduate of Siena College, lives in Philadelphia. 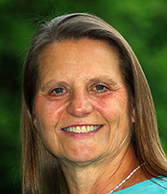 Marcia Russo is a National Client Development Manager for Acosta Sales & Marketing, a full-service sales, marketing and service company, representing leading manufacturers of consumer packaged goods products sold in the convenience store channel as well as all other classes of trade.

Based in Syracuse, N.Y., Marcia manages several of Acosta’s leading national clients including Campbell’s, Procter & Gamble, Edgewell Personal Care, and Spectrum Brands.  She currently manages key accounts in Central New York and Pennsylvania, and has worked with many accounts in the Northeast and nationally throughout her career.

Russo has served on the NYACS Supplier Advisory Board for 15 years, including two as Chair, as well as multiple NYACS committees.

Prior to joining Acosta in 1998, she rose through the retail ranks and into a similar business and key account management capacity for Pezrow Food Brokers, a leading regional broker. During her tenure at Pezrow she was first introduced to NYACS through its annual trade show.

Russo and her husband Gus reside in Camillus, N.Y., where she enjoys gardening, boating, volunteering with the Camillus Erie Canal Society, and bowling. Russo is also in the Central New York Bowling Hall of Fame.

Russo and Kemmeter will be the 53rd and 54th inductees in the New York Convenience Store Hall of Fame, which was founded by NYACS in 1996. The other members are listed at www.nyacs.org/hall-of-fame.

Headquartered in Albany, N.Y., NYACS is a private, not-for-profit trade organization that safeguards a favorable environment for New York State’s diverse community of neighborhood convenience stores. It provides its members with vital knowledge, a unified voice on legislative and regulatory issues.