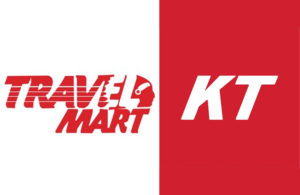 LaCrosse, Wis.-based Kwik Trip has agreed to purchase four Dells Travel Mart locations, according to a report from Wisconsin Dells Events. The deal will take effect in late fall or early winter.

While one of the stores will operate as Kwik Trip, Alsaker didn’t provide details for the future of the other three locations. Dunkin’ stores inside the four locations will be relocated or remodeled. Travel Mart operates seven Dells Travel Mart locations.

Travel Mart Inc. President and CEO Jeremy Alsaker said the affected stores’ employees have been presented options with its parent company, Holiday Wholesale – a distributor of confections, paper products, tobacco and confections – and another unit of the company, Vacationland Vendors. They may also have offers of employment with Kwik Trip.

Travel Mart operates seven locations in the Wisconsin Dells area. Kwik Trip, according to the report, is building two new stores in the area, one of them across the street from the Broadway Avenue store which was part of the deal.