Enmarket, the progressive and growing chain of convenience stores based in Savannah, Ga., has reached a deal with the City of Savannah and Oak View Group Facilities on a multi-year naming rights partnership for the city’s newest sports and entertainment arena. The facility will be named Enmarket Arena and host a variety of sporting events, concerts and other events, the groups said.

“Enmarket’s partnership with Oak View Group and the City of Savannah extends a long history supporting Savannah’s vibrant music, sports, and arts scene,” said Brett Giesick, president of Enmarket. “The opening of the Enmarket Arena in 2022 will be an exciting moment for Savannah. It is a venue where Savannahians and people from all over the southeast will enjoy experiences that become lifetime memories. Our participation in this venture embraces our mission to enrich life in our community. We’re proud to be a part of such an historic undertaking in our hometown.” 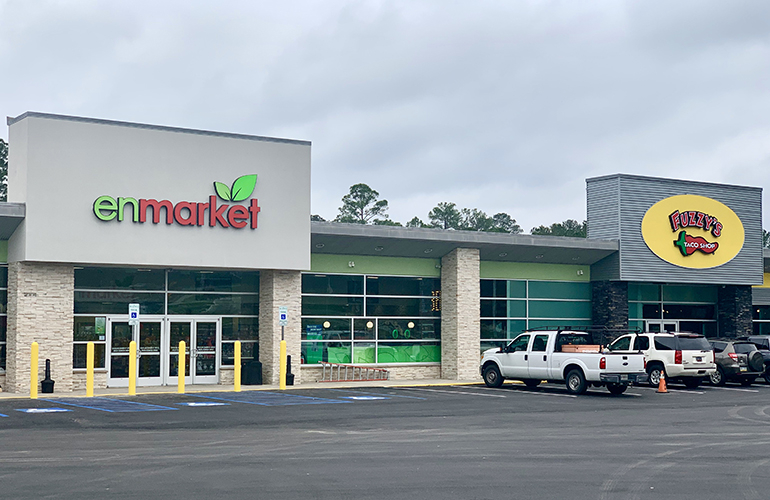 “As we celebrate the 100th anniversary of Colonial Group, we are thrilled to have subsidiary EnMarket, an outstanding community partner, to be the naming rights partner for our new arena. We appreciate our partnership with the Oak View Group and their dedication in making our world-class arena a reality,” said Mayor Van Johnson, City of Savannah.

Oak View Group, who will manage and operate the Enmarket Arena, is currently involved in five other new arena construction projects, including the Climate Pledge Arena, home to the National Hockey League’s newest franchise, the Seattle Kraken, the UBS Arena in Belmont Park, NY, the new home of the NHL’s New York Islanders, Co-Op Live in Manchester, England, and the Coachella Valley Arena in Coachella Valley, CA, the home of the newest AHL franchise. Global Partnerships is also responsible for securing the naming rights for these projects.

“The Enmarket Arena will be a premier destination for top-quality live entertainment featuring many of the world’s top performers, athletes, and attractions,” said Peter Luukko, Chairman, Oak View Group Facilities. “We are grateful to this new partnership with Enmarket, who will help us extend the reach of the arena throughout the southeast. And, every time there is an event here at Enmarket Arena it will reinforce their long-standing support and commitment to the community.”

Enmarket was founded in 1964 as Interstate Stations by Robert Demere in Savannah. Enmarket operated as Interstate Stations until 1990, when the name was changed to Enmark. In 2015, the company opened its first two stores branded as Enmarket, a rebranding process that was completed in 2020. Today, the company operates 129 locations throughout Georgia, South Carolina, and North Carolina.